Yesterday we took some time off from the basement project and went out and rode fatbikes.  Vincent has his own Surley, but obviously I don’t have one.  Luckily the guys over at Bike Ring Cycles, in Golden, are really nice and had an “extra”, “demo,” Borealis Echo that happened to fit me.

I put parenthesis around extra and demo, because the bike was brand new.  It is a carbon frame, with the new Rockshox Bluto fork for fatbikes.  It was incredibly light and it didn’t even have Hed carbon wheels.  And it rode like a dream.

I’ve never done a legitimate ride on a fatbike.  I’ve ridden them a couple times, just around the parking lot, etc., but this was the first time on a real ride.

We headed over to White Ranch Park, just a couple miles from Vincent’s, to ride.  It was perfect conditions for a fatbike, snow and ice on the ground, cold, super windy.

I was a little apprehensive initially.  I only have my road shoes and haven’t ridden off-road, on ice, in a while.  I had to dab, or more honestly, just walk, a couple times before I even got to a some stairs, which were totally not rideable.

My road shoes kept getting clogged up with snow and ice.  They are nearly impossible to clean like mtb shoes clear.  I could whack them tons of times on my pedals, while moving, but they wouldn’t clean.  I had to dig my cleats out and then Vincent would push me from behind to get moving.  That is a first.

Anyway, it got a lot better.  I didn’t dab again all the way to the top.  It was super windy, so windy that when it was headwind, I barely had enough gearing with the 1 x 11.  You hardly ever think of wind as an issue when you’re riding mountain bikes.  This was the first time too, that I’d ridden 1 X11.  I don’t think that it has easy enough gearing for the average bike rider.  I was riding the big cog in the back a fair amount.

We started kind of late, so only rode out an hour or so up.  I hadn’t ridden in over a week, plus it is altitude, so I can’t say that I was perky.  But, I wasn’t horrible either.

We turned around to head down.  I had let a ton of air out of my rear tire and it was nearly bottoming out.  Man, do those bikes cruise over rocks.  A super plush ride.  It would take a while to get used to the handling, it is slower than my normal mtb bike, but it felt much safer in the snow and on ice.  Probably because of the huge amount of contact that the tires have with the ground.

I was in front and all of a sudden I hear Vincent say something about a flat.  I knew we didn’t have any spare tubes.  Vincent stopped and had a front flat.  We were going pretty quick and there were a bunch of sharp rocks on the trail.  We were still a couple miles up and I figured Vincent would have to walk down.  But, not Vincnet.  He just kept riding.

It was amazing that the tire didn’t come off the rim and how fast Vincent could ride on a front flat.  He was slower, but not that much.  It got harder when we got back to the road and it got flat.

The is an enormous amount of resistance when a fatbike tire doesn’t have any air in it.  I ended up putting my hand on Vincent’s back and push him.  It was nearly dark and we needed to get back.

The Echo rode great.   LIke I said above, the gearing probably isn’t enough for everyday use.  I couldn’t believe how well the bike tracked riding straight, no handed.  I could throw my weight way to one side and the bike still went straight.  I’m not sure if it was because of the fat tires or what, but it was, by far, the easiest bike I’ve ever ridden no handed.

All and all it was a blast.  I needed to get out, plus, it is always fun trying out new bikes.  It might be a while before I have my own fatbike, but it might not be as long as I might imagine. 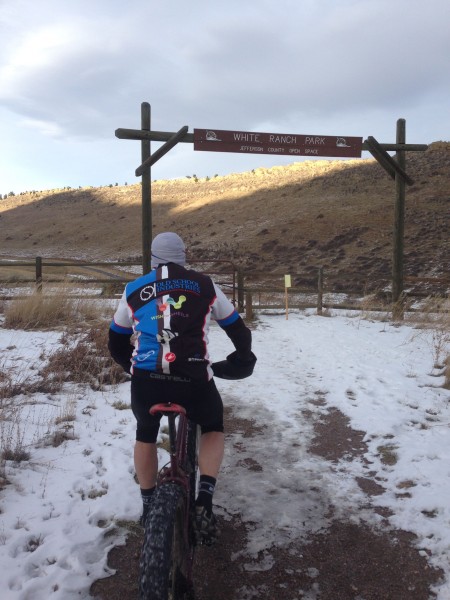 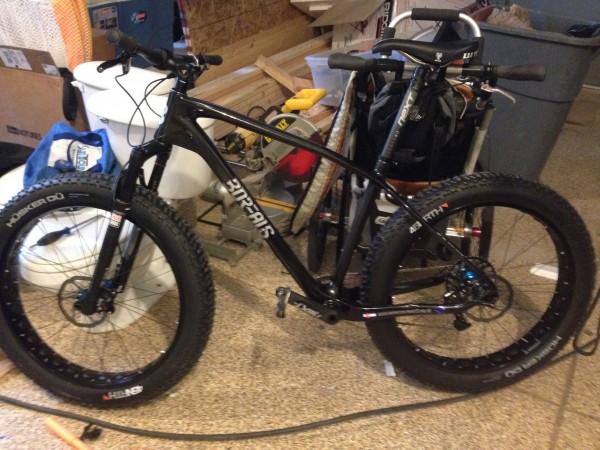 Pretty high end bike I got to demo. 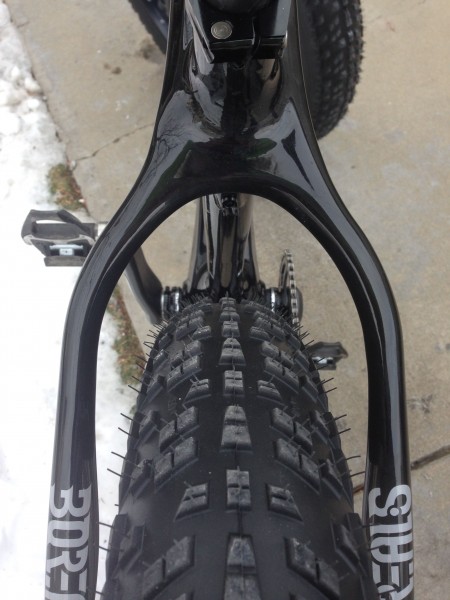 It was pretty much brand new. 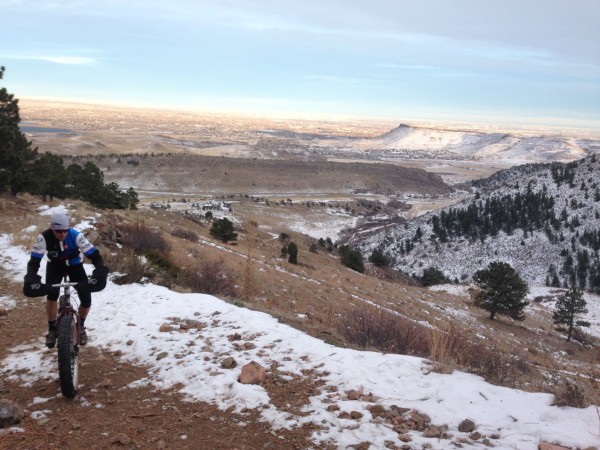 The views were pretty good. The trail was steep enough, especially where it was snow and ice covered, that it was pretty challenging. 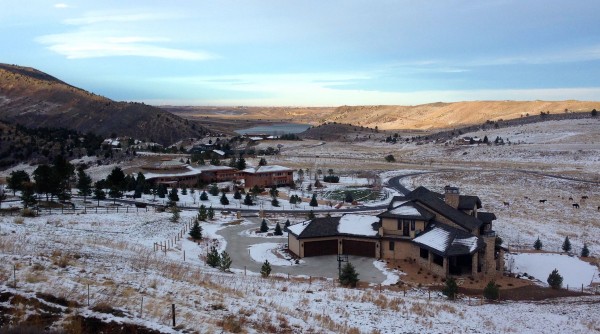 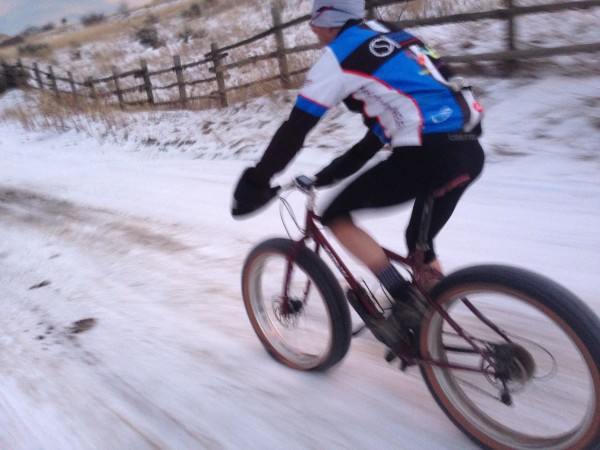 Vincent riding back on a flat front. 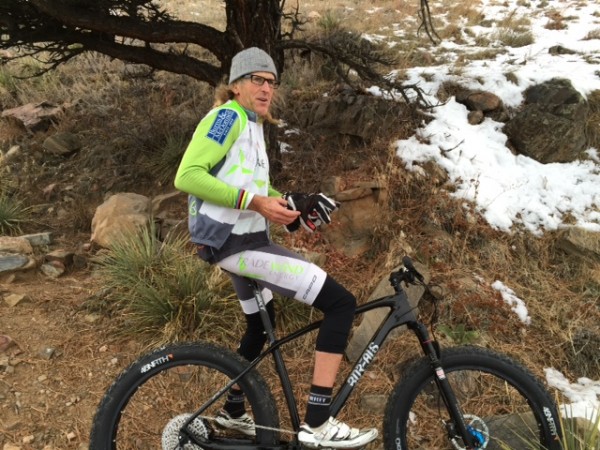 With my road shoes. Not something I’d recommend on snow and ice.