I can’t believe it has been a week since I rode last.  That was in Seattle and I haven’t even put my bike together yet.  It’s sitting in Vincent’s garage in the bike bag still.

Man, does a week go super fast.  Actually, now that I think about more, it seems like it has been a super long week.

It’s pretty usual that snow sits a week on the ground,  the front range here in Colorado, especially in November.   That maybe isn’t the only reason I haven’t ridden.  Well, yes it is, now that I think about it.  I could always take a couple hours out of the day to ride.  Plus, I have much more energy when I ride some during the day.

I’ve been following the Jingle Cross results a little.  I can barely stand it.  It is probably my favorite cross weekend of the year.  If you’ve never been there, then you should sometime.   Brian Matter looks to be going great, after his Iceman Cometh win, finishing 3rd and 5th so far.

I got a little bummed when I got an email with a Strava alert and it said that Ned Overend road the 2nd fastest lap somewhere in New Mexico.  I clicked on it and, yep, Ned must be racing cross.  Makes me jealous.

Yesterday went pretty badly, construction-wise.  I was screwing up the backer board most of the morning, with the intention of tiling later.  I don’t know what happened exactly, but the tiling never got started.  We ate a super dinner that Lisa cooked, some pesto stuffed chicken, and then went downstairs to tile.  I had planned to work late into the night, but that didn’t materialize.

I mixed up a bunch of thinset, let it sit while I was measuring the floor for tile.  I marked a few tile to cut around the drain and when I went to use the tile saw, it wouldn’t start.  Nothing.  Man, that put a huge dent in the job process when the tile saw doesn’t cut tile.  Like it comes to a standstill.

Vincent proceeded to to disassemble the tile saw and found that it was missing a brush, so he couldn’t fix it because he didn’t have the appropriate brush sitting around.

So, I took the batch of thinset and put down some Ditra membrane, which supposedly keeps the tile from cracking, something like a slipsheet.  I’ve never used Ditra, only cement board, but we are tiling a cement floor, so putting concrete board down would be redundant I guess.

Vincent came back with a new tile saw this morning, so the coast is clear to actually make some progress.

I hope to watch some of the Superprestige Asper-Gavere, on video later today since I missed it live this morning.  Don’t tell me who won. 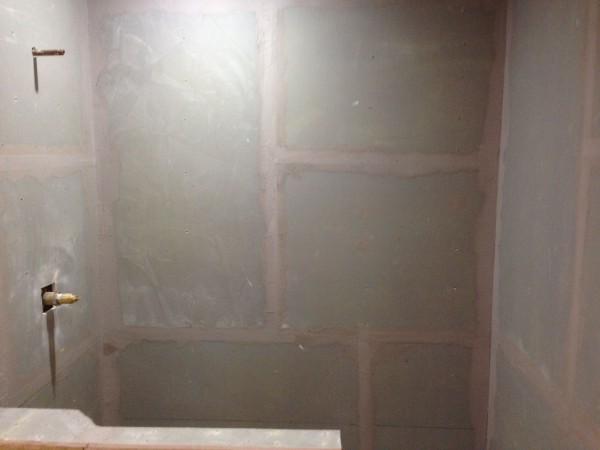 The shower is ready to tile now. 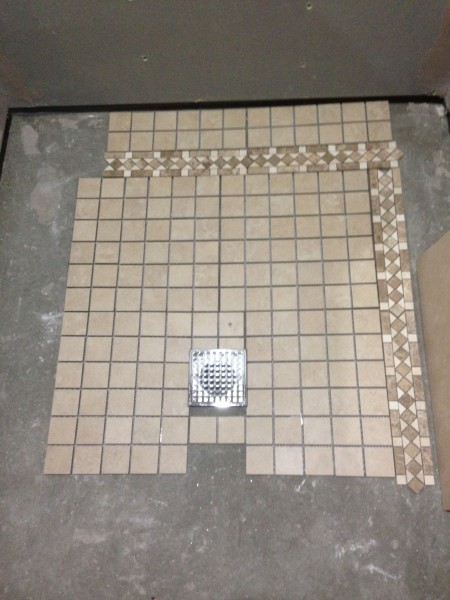 Messin‘ around with the floor layout. 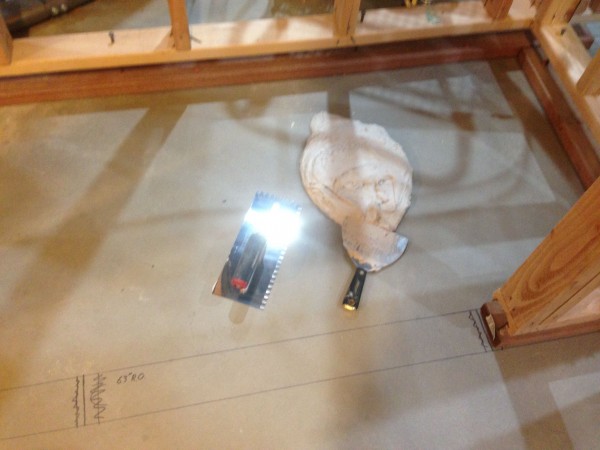 I didn’t want to waste a bucket full of thinset, so…. 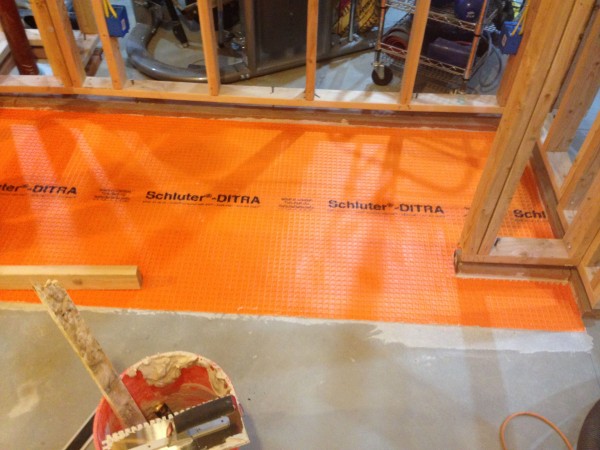 I put this Ditra membrane down with it.

5 thoughts on “One Week since I Rode”