Riding around Seattle is challenging.  At least the last couple days it has been.  It has been pretty wet all day long, thus slick.  But, it is slicker here than normal.  There is just about every slick thing here that is bad for bikin‘.

For one, it is wet.  At least it has been.  That is the #1 slick problem, water.  I’d say #2 is leaves.  It is officially the time of the year, fall I guess, that all the trees are dropping their leaves.  Wet leaves and bikes don’t like each other much.  #3 is a close tie between road paint and manhole covers.  I’d have to say manhole covers are worse, but it just depends if you’re going straight or turning.  Then, since #4 is road paint, then #5 would be the marking plates going up and down curb cuts.  They have these little yellow plates that signify curb cuts and they are slicker than shit.

So, there are at least 5 things that make cycling here challenging.  That doesn’t count the automobiles or hills.  This town has a bunch of both.  I was barrelling down a hill by Queen Anne yesterday, probably 15% downhill, with a stop sign at the bottom.  All of a sudden, the whole road was covered with wet leaves.  I didn’t panic, but I got a little scared.  It is a fine line between stopping and sliding in that situation.  I didn’t fall, but it was a tense moment.

My hip has been a bit achy here.  There is a ton of barometric pressure changes here and, for sure, my hip tells me when that is occurring.   It also is telling me to corner gingerly when turning left.  Right turns so to be okay, but slick left turns aren’t natural yet.

I wrote slippy on the title because that is word the rest of the world uses for our word slippery.  English speakers, other than Americans, say slippy.  I found this out mtb racing in England.  I didn’t even know it was a word.  I now realize we’re in the minority compared to everyone else, in usage.

Today it is supposed to be pretty nice.  Keith is gonna get off early and go for a ride around Lake Washington with me this afternoon.  I rode with Todd Herriott, a Nebraska native, who used to race pro, but now runs Herriott Sports Performance.    It is a training facility, mainly for cyclists, but also a bike shop.  I stopped by on my way “out of town” and Todd suited up and rode an hour with me.  He was heading off to Colorado Springs for a conference, so didn’t have much time.  Engergentic guy he is.

Tomorrow we’re going to ride up to Kenmore and do the Rocket Ride, which starts at Log Boom Park at nine.  It is 50 miles and 15-20 miles there and back, so it will be a good, longish day.  Long for Keith and Catherine, who don’t do those miles in a week nowadays.

Keith has been cooking up pretty much gourmet dinners the past three nights.  The food here is super fresh and readily available.  They are making the best of that.

Okay, that’s about it from sunny Seattle.  That is true for today, and probably tomorrow, but after that………. 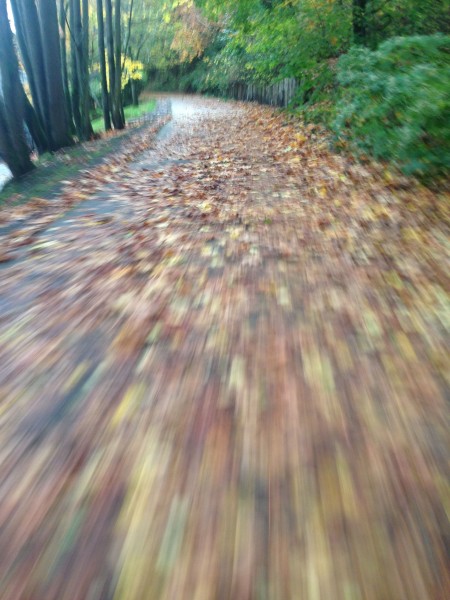 This isn’t that usual around here. The bike paths are covered with leaves, but I assume it is just the time of the year. 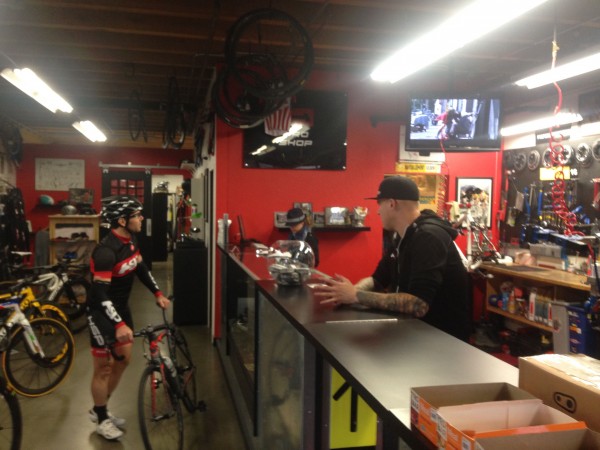 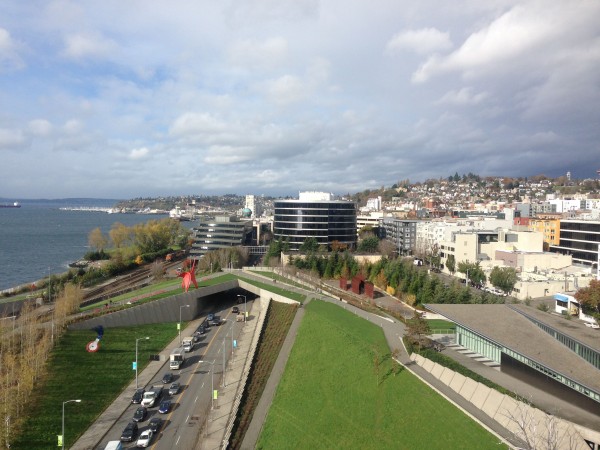 One view from Keith and Catherine’s 15th floor apartment. 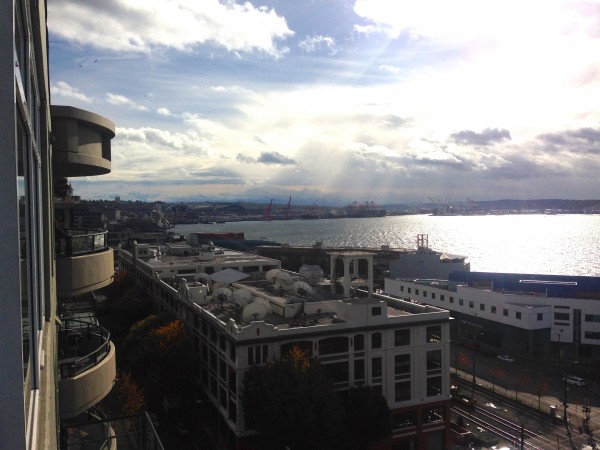 The view the other way. 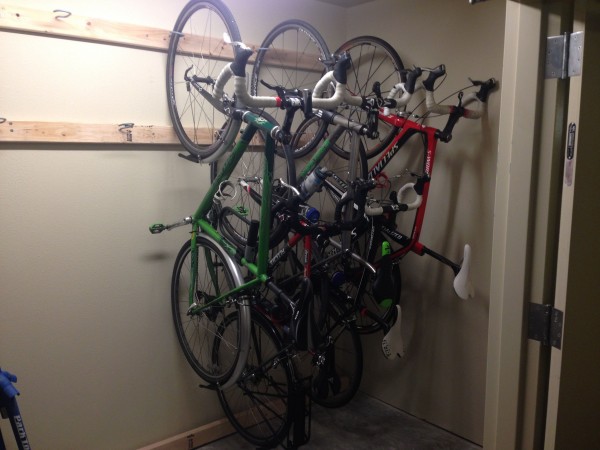 Last night, Keith and I installed some bike hangers in their storage area. 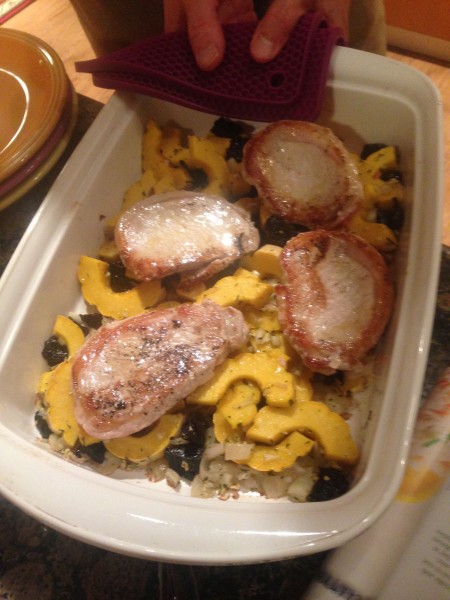 Some of the dinner’s Keith has prepared. 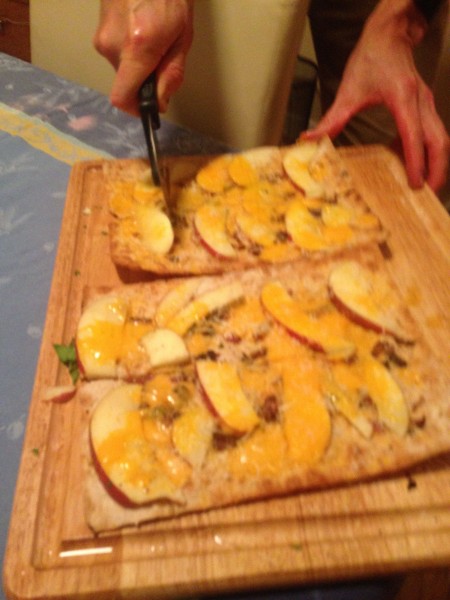 This is apple/bacon, flatbread. It was great.