Sometimes when I’m just going around town, I’m that guy.  The guy that I’d look at and wonder what he’s up to and how he got there.  The guy that seems sort of down and out, barely scraping by.

I’m always that guy when I’m doing a construction project.  I’m wearing some pretty worn out jeans, a stained shirt and toe bare work boots.   And I’m usually covered with some drywall dust, plaster or something else that just adds to the look.

I thought of this as I was riding over to the beer ride, after working yesterday.  I was riding a 20 year old Mongoose rigid bike, that was just at the building.  It hadn’t had air in the tires for a decade, I’d bet.  I have no idea where it came from, probably garbage picked by my brother.

Anyway, I was dressed exactly as above, super dusty and all.  I was riding the couple miles, mainly through alleys.  I like to ride alleys, it gives me a glimpse into peoples real lives, the place they hide what they don’t what others to readily see.

I was that guy, riding a $20 bike in work boots, going to get a beer.  I thought how if I saw myself, I would think that I’d probably “lost” my license and had to ride a bike for transportation.

It isn’t a very good section of town and there is always lots going on in the alleys.  Mainly people working on their cars, which were nearly all at least 15 years old and beat.  They were just like me, dressed in coveralls, arms greasy, and usually smoking.  But, nearly every person I passed said hi to me.

A little more surprising was how many kids were out playing in the alleys.  I saw at least 3 groups of kids playing.  One group was playing basketball, another some game trying to catch leaves as they fell off the tree, before the hit the ground, and the last group was just hanging out, talking.  Over where I live, I hardly ever see kids playing like that.

Anyway, I felt more comfortable in the attire, the look I had, than if I would have been on my road bike, dressed in cycling clothes.  I fit in much better.  And I think that is what makes us comfortable mostly, being able to fit in.

I’ve been thinking about this for a week or so.  It started right after I had mouth surgery and I was filling a prescription at Walmart.  I could have been in one of those Walmart youtube things.  You know, the people hanging at Walmart.  Weird looking, fat people, dressed crazy.  I had a more than a mouthful of gauze  sticking out and looked beat.  Plus, I had the limp going on. I fit in just fine.j

At the building, guys have been stopping by, asking what I’m doing.  Mainly people looking for a place to live, metal scrap collector types and the odd passer-by.  Metal guys come by everyday.  I try to save a little metal for each guy.  They will take anything, no matter how little, as long as it’s metal.

A guy just came walking up the stairs a couple days ago and asked me if he could look around.  I was busy and really didn’t feel like showing him around.  He said he was interested in old buildings.  He had the look, winter coat when it was 70 out, headphones, unkept.  I told him I was sort of busy and maybe he could come back later.

He said that I must own the building.  I was surprised he said that because I had the look too.  He said that there was only one car parked and that a guy driving a Honda hybrid had to be the owner, not just a worker.  I don’t know if it was  just a lucky guess, but it got my attention.

I got to talking to him and he was super smart.  Knew a lot about everything he said.  Old construction, hybrid vehicles, birds migrating.  Really interesting.   I asked him what he was doing and he said that he’d been “donating” plasma.  He said you initially got $100 a week, but then it went to $50 a week.  $20 on Tuesday, then $30 on Thursday.

I asked him where he was going and he said a place 5 miles away.  I told him I’d be done in 15 minutes and could drive him, it was just a little out of my way.  He said that he had a friend coming in from out of town and was going to get picked up, but if they didn’t come, then he’d take me up on it.  And he walked off.

I was thinking about how I’d judged the guy, as he was walking up the stairs, as just one of those down and out guys.  He wasn’t.  For sure he had some issues and was just getting by, but he was getting by alright, good enough for him.

I was embarrassed for myself for judging him by his look.   I have that look too, sometimes, and don’t really thing much about it.  Now I will. 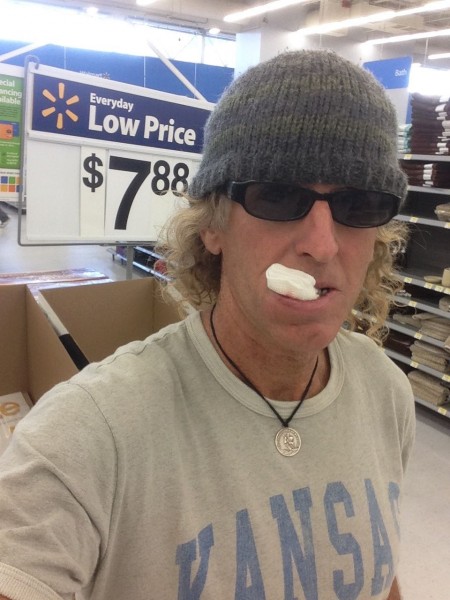 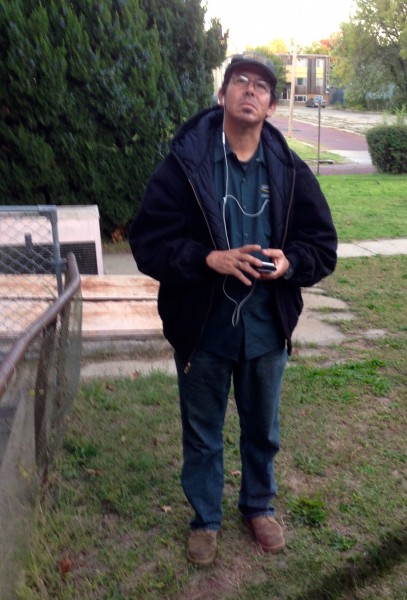 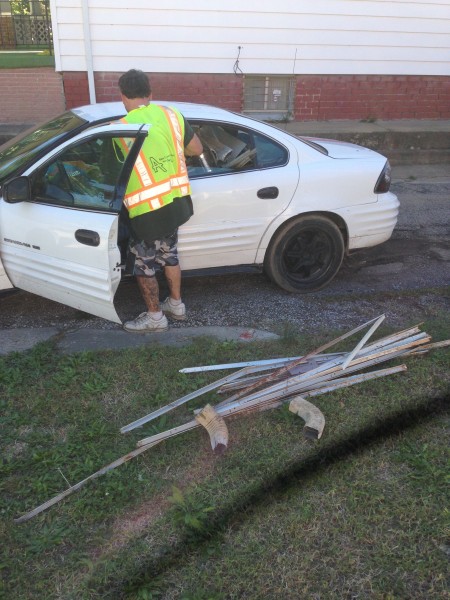 One of “my” metal collector guys. 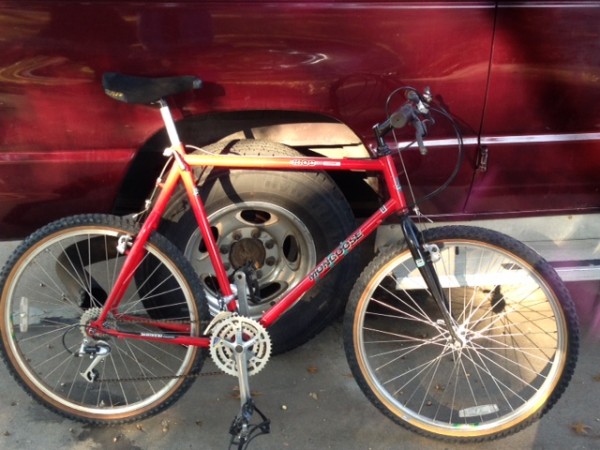 The bike of a street guy.

35 thoughts on “Book by its Cover”