Yesterday it set in that maybe I’m not going to be able to race cross at all this season.  I’m thinking it now because I rode to watch the Kansas State Championship race yesterday and didn’t have the smallest amount of anxiety that I wasn’t racing.  That means to me that I, even though I haven’t addressed it, my mind knows that I’m not anywhere near to the point to be able to dismount a bicycle and do a cyclocross race.

That is sort of interesting and depressing at the same time.  I have physical therapy in an hour or so, and might ask Burt if he thinks I could try to go and run a little bit and see if it works.  For sure it would be painful, but I’ve found that pain isn’t what necessarily dictates what you should be doing in recovery for injuries sometimes.

Like I said yesterday, I watched both the women’s and men’s World Cups yesterday on the internet live.  I’m not sure about allowing everyone in the top 50 in the UCI rankings to race.  13 Belgians in the race seem a little ridiculous, if we’re really saying this series is by country.  If it is just another race, then, for sure, all the best riders should be at the line.  If that was the case for the Olympics, then there would be country sweeps of the podium lots of years by one country.

So yesterday was all about cross.  I watched the best in the world race in the morning, then road my bike over to watch the best we have around here ride around on grass.  I’ve exclusively ridden back and forth to Lawrence on the Scenic River Road this past week.  Three times to be precise.  It is my favorite ride around Topeka and it is especially great during fall when the trees are turning and the fields are changing.  The farmers are just about done harvesting their crops, so it looks a little barren, but it gets rid of the big trucks, thus dust, hauling the grain away.

The race was good too.  Benn, Brian and Shad Smith were set to duke it out, but Brian had a mechanical and Shad ran out of juice towards the end.   Benn has been riding great and won, with Shad finishing 2nd.  Micah Gordon rounded out the podium.

We had a little impromptu team dinner after the race in Lawrence.  The new  guys that are racing cross for Tradewind, Ben Stover, Austin Elser and Garrick Valverde came and ate burgers and drank beer.  Nice after cyclocross handout.   I miss the after cross camaraderie more than the racing I guess.

Okay, like I said above, I have PT now and then am going to hopefully put in a new floor, plumb and build a new shower base.  Sounds a little ambitious now that I think about it. 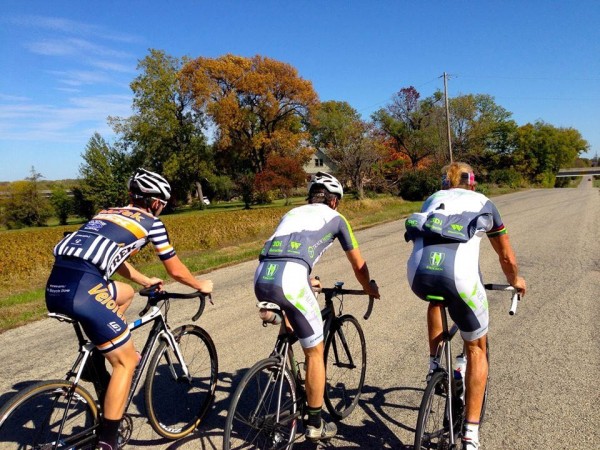 Just heading out of town to get to the River Road. 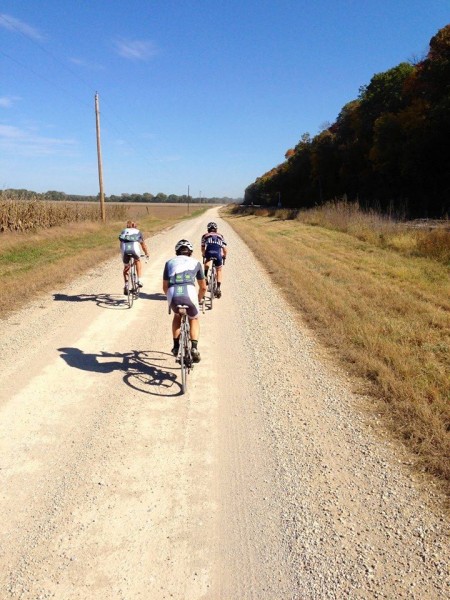 The gravel is pretty smooth right now. I just ride my road bike back and forth. 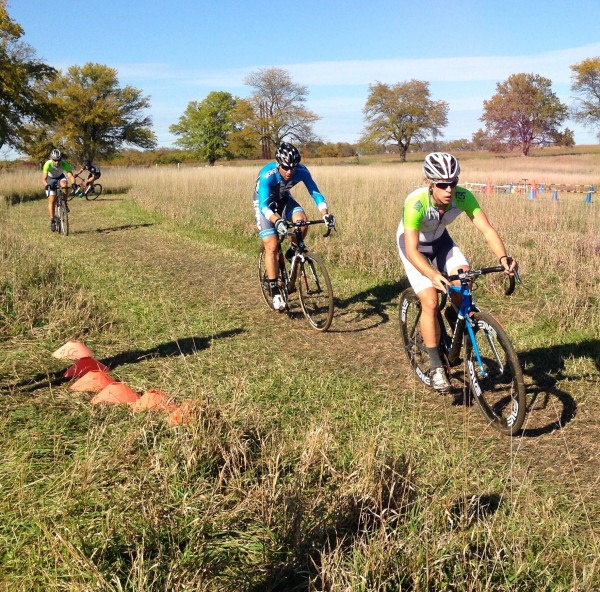 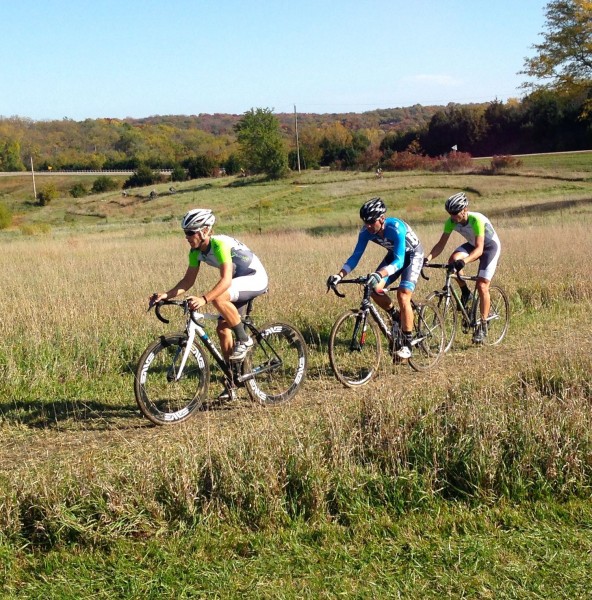 Eventually they all got together, but not for long. 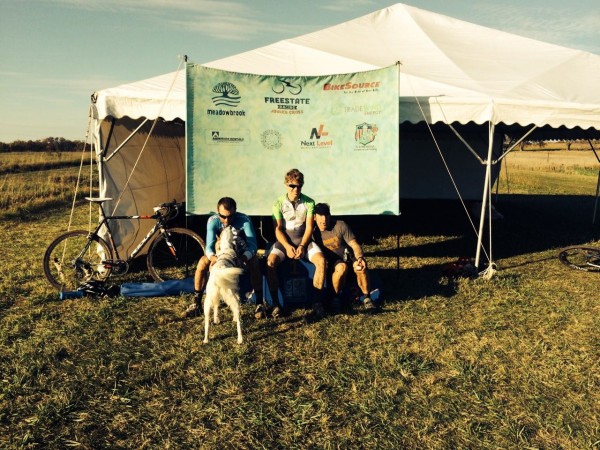 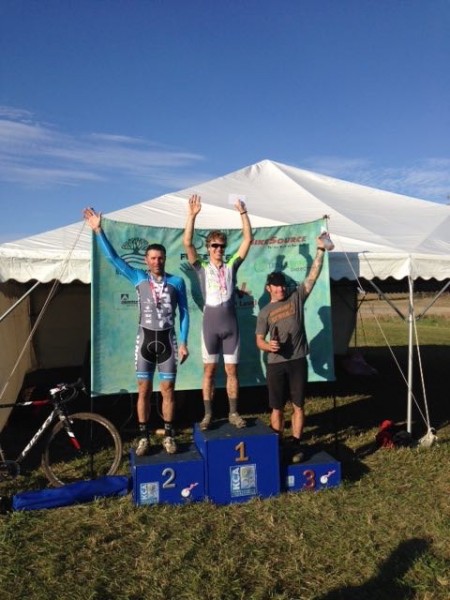 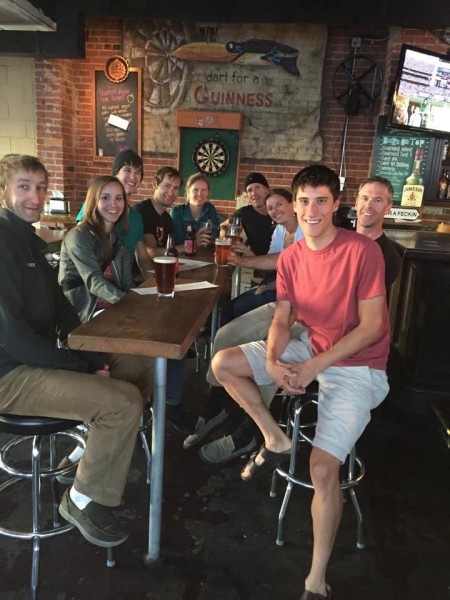 Team dinner photo after the race.