I’ve had the “pleasure” to race in pretty polluted air a few times.  I thought of this after reading Phil Gaimon’s interview about him supporting the shortening of stage 2 of the Tour of China a couple days ago.

Like I said above, I’d done it.  I’d say the worse air I’ve ever raced in was in China also.  It was about 6 years ago when I went over and did a stage race in Shanghai.   The air was horrible.  I think they burn coal to cook, even in the major cities.  Whatever the reason, the air was off the charts horrible.  After the first stage, which probably was less than 100 miles, I was hurt so badly that I curled up in a ball and coughed for a couple hours.  And that is not that long ago.  It doesn’t look that it has improved too much.

Back in the 80’s the air in LA, and sometimes on the east coast too, was pretty horrible.  One race around the Rose Bowl in Pasadena, the air was bad.  I got lucky and got a bee in my skinsuit and had to peel it off, during the race.  I then quit.  The guys that finished looked like raccoons, the only white on their faces was their eyes.  And they were coughing and coughing.

Same with Somerville, New Jersey  a couple times.  I’ve found that when you’re racing, it isn’t that bad.  I think it is because, in cycling, we tend to take a bunch of shallow breaths, we don’t feel the effects of the pollution until we try to breathe normally after the race.

Anyway, the air in LA and Somerville has improved dramatically over the years.  The air in the US is much better since the early 80’s.  It probably has a lot to do with using unleaded gasoline and the better emissions on automobiles.

We should all feel privileged that we live in a country where, in general, we tend to have pretty pollution free air.  At least compared to the past.  And we have people addressing the situation.  That isn’t the case in many places around the world.  China for one.  (They make mandatory vacation day for workers to try to lessen the pollution.)

We shouldn’t take it for granted, because it isn’t. 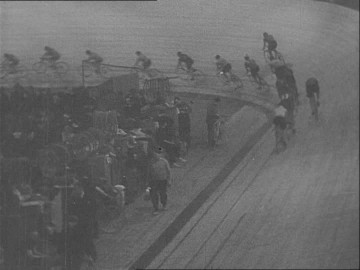 When I rode for Wheaties/Schwinn, the German guys that raced 6 days in the winter, said the air in the velodromes was horrible, with all the spectators smoking. 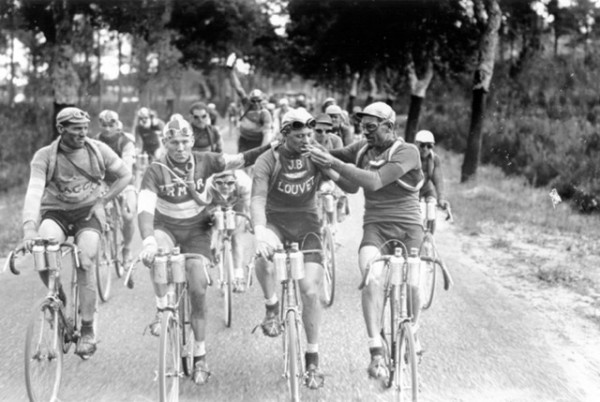 The classic, smoking while racing photo.

6 thoughts on “Racing in Polluted Air”