The above statement isn’t true in the short term. I’d love to be pinning numbers on each and every weekend right now, but I’m still hurt, so I can’t. But, long term, pinning numbers is a drag. I can’t believe that someone hasn’t come up with something better to hold the numbers yet. I did a post a few months ago about pinning numbers. It was more about proper number pinning, not the whole process in general.

In general, it sucks. Especially this time of the season, cyclocross. Trying to get your numbers on at a cross race without someone else’s help is nearly impossible. Gettting 4 numbers to lay flat on a skinsuit, while not wearing it, is beyond impossible. Plus, safety pins tend to rip holes in lycra much easier than just a normal jersey. It isn’t close to optimum.

I had heard people using rare earth magnets to hold numbers. I finally got my hands on some and think that it is a good start, but might take a little refining to get it right. If you’ve never had a chance to mess around with super strong magnets, you should order some just to play around. They aren’t expensive and they almost seem magical. Here is a link on Amazon.

I tried to put a number on with just some small magnets and the number slipped out from underneath. But, I see the potential. I saw a company, Racedots, that is making number specific magnets. They are shaped a little different and hopefully will hold the number more secure. They are $40 for 10, which won’t get you to the line in a cross race. I figure you need 9 for a big number(if you’re using the pinning pattern below), so that would be 18, then at least 4 more for each shoulder number, so you need a minimum of 26.

On my earlier post, someone left a comment about using 3M Spray Adhesive 77 to secure numbers. I’ve never tried it either, but right after the post, I was at a local race in Lawrence and saw a guy spraying his number and he raved about it. A can of it is 40 bucks, so you’d better be able to secure a lot of numbers with one can. I’m planning on getting some and trying it out, on an old, junky jersey first.

Okay, I’m just throwing this out there again, trying to get some comments, ect. about how to get rid of these stupid safety pins. I have probably gone through 100,000 pins in my life. Seems like a total waste. There has to be better choices. 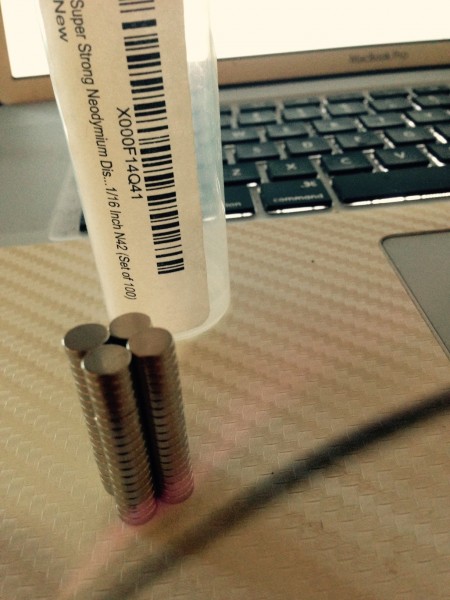 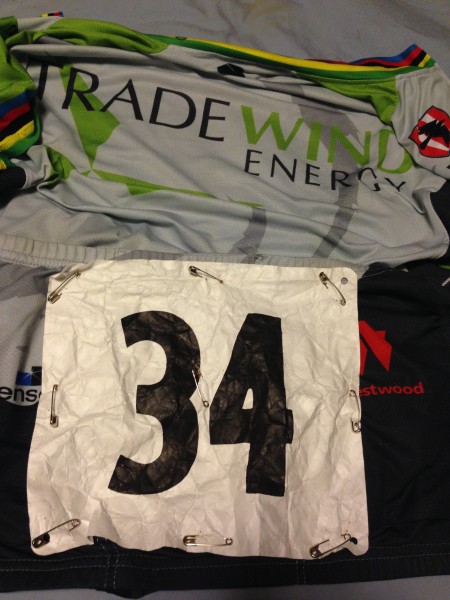 I usually pin the number on all side, including a pin on each side, between the corners, plus it is becoming standard, a pin in the middle on the number to hold it down flat.