Today is the passing from summer to fall. It isn’t technically until 9:29pm CST, but that still means that summer is over today.

I didn’t have that great of luck this summer, but still, I’m not complaining. I’ve gotten to do a ton of stuff that I wouldn’t have normally done, and overall, it was pretty great really.

I’m mildly surprised how slowly this hip recovery is going. I know that it has only been 14 weeks, but to me it seems like a lifetime. I’m still hobbling around some and wake up in the middle of the night with my hip throbbing, which isn’t good at all. I believe it’s all muscle related as of now, but what do I know?

Fall has definitely started up in Northern Wisconsin. It came on pretty quickly a couple days ago. The leaves turned from green to red and yellow almost overnight. Sometimes by the time Chequamegon is over, the leaves have already turned and are falling, so I guess it is sort of late this year.

We’ve been riding fun stuff recently up here. That, and doing some projects for Dennis. I fixed his upstairs bathtub faucet. It had been broken for nearly a decade and had been bugging me. I finally took it apart and it was cracked at the hot water supply line connection. It is a European design, so there aren’t going to be any parts around to fix it. Dennis had already had two plumbers out that said it wasn’t repairable. I used JB Weld, plus some pressure, and everything worked out fine. I think it is fixed permanently, or as permanent as it is. I like fixin’ stuff.

Fall seems like cross. I am not holding my breath on being able to race much of a cyclocross season. I have no idea if my hip is going to be anywhere near good enough to do much of anything. I can’t even swing my leg over the saddle yet, so it is going to be a while before I get anywhere close to being able to do it at speed. I’m just going to take it as it comes and not stress about any sort of timeframe. There are a ton of bike races at all times of the year. That is one of the best things about the sport, the season sort of never ends.

I think my iPhone is officially broken, which is kind of depressing. I’ve had a ton of problems with my current phone recently. Now, the camera seems to have a crack in it and there is a distinct line in each and every photo I take. I’m eligible for a upgrade to the new iPhone 6, but there don’t seem to be any around. I think I need to go to an Apple store and talk to them about it. I could just order a camera for the iPhone 5 off ebay and put it in, if all else fails.

Pat and Gwen have been hangin’ up here for the past 4 days. It has been fun having them around. I’ve been riding a bunch of singletrack with Pat. He’s riding a Surley with 2.4 tires on it. He says that it is super fun to ride and rolls over everything. I still have no shock on the front, so I’m sort of riding the opposite bike of Pat. Yesterday we went over to Telemark Road and tried to ride Esker and Danky Dank. I’m not sure where we sent, but we ended up riding about 5 miles out on sweet singletrack and then, all of a suddent, the trail just stopped in the middle of the woods. It was still under construction. Camba guys make awesome trails here. They flow like water. But, it was mildly depressing having to turn around and ride back out. Still super fun though. I need to look at a Camba map and see where we screwed up. I was just following Pat yesterday.

I swam the entire length of the lake a couple days ago. It was way cold. Gwen “raced” me, giving me a huge head start. Not huge enough though, because she caught me about 3/4 the way across. She was wearing a wetsuit though. I figure I can beat her if I get the wetsuit and she wears some leg weights or something. I’m not sure I’m going to be able to swim again here. I was pretty frozen, super dizzy and off balanced when I got out of the water. I don’t think it is even a 1/2 mile each way, but I was in the water over 20 minutes and that is just about as long as I could stand it. Gwen guessed it was 15-16 degrees C, which I think is a little under 60 degrees F. I have no idea if that is close, but it was cold.

The World TTT Championships was pretty good yesterday. Trudi was pacing the whole time. I’m not sure if the rain at the end was the reason BMC won or not. They had most of the quickest split times and seemed to be holding their own to Orica and Quickstep even before they got to the wet roads. But the time gaps were, for sure, bigger because of the last couple km’s of wet road. I’m really not that big on the race being between Corporate Teams and not by country. I still think that the World Championships should be a country deal and not sponsorship thing, but maybe I’m just old school here. It was a good race though.

I need to go down to Winona Minnesota and finish the dental work I started over a month ago. I’m going to head down there tomorrow morning early. I think we’re going to ride some more singletrack today again. It is beating me up pretty good, but it is hard to not do it. Nearly impossible. 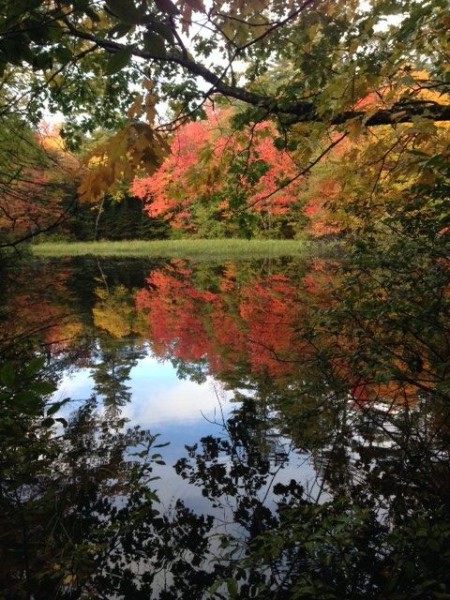 Fall is wonderful up here. 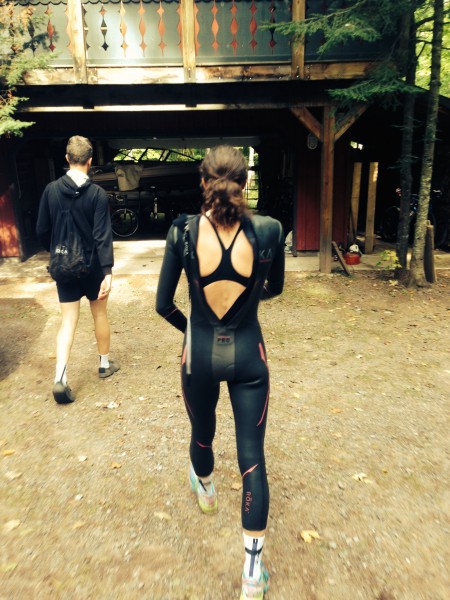 Pat and Gwen heading down for “the race”. 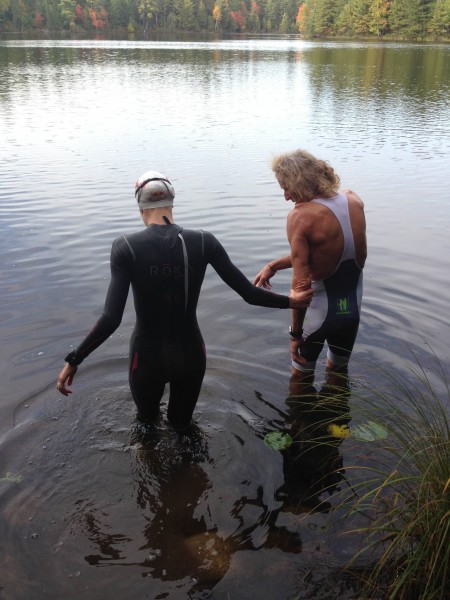 I was already apprehensive and hadn’t even submerged myself yet. 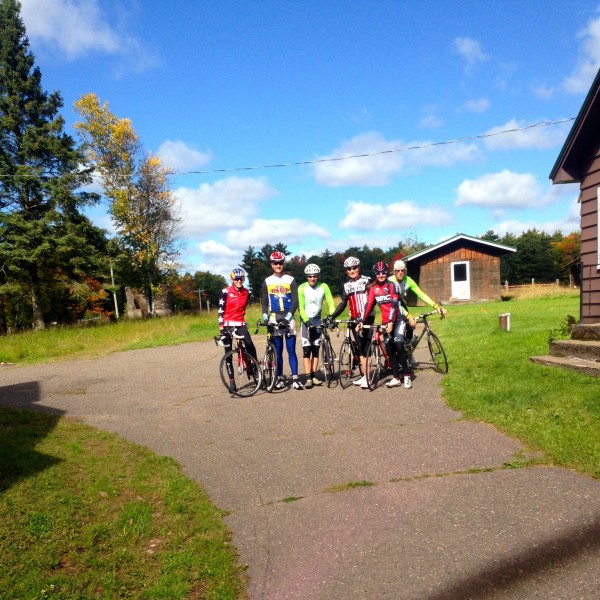 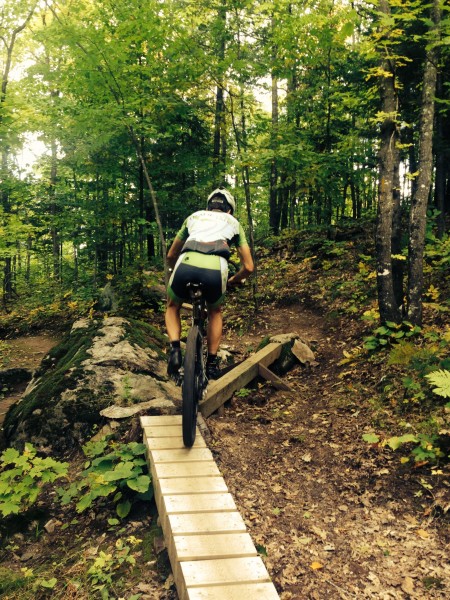 Bill trying some fun stuff on the Seeley Pass Trail. 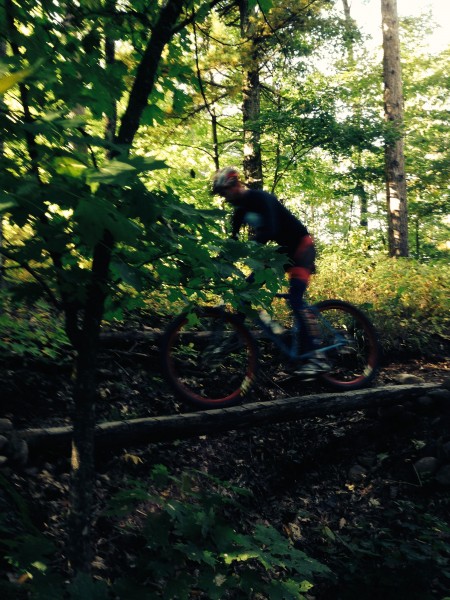 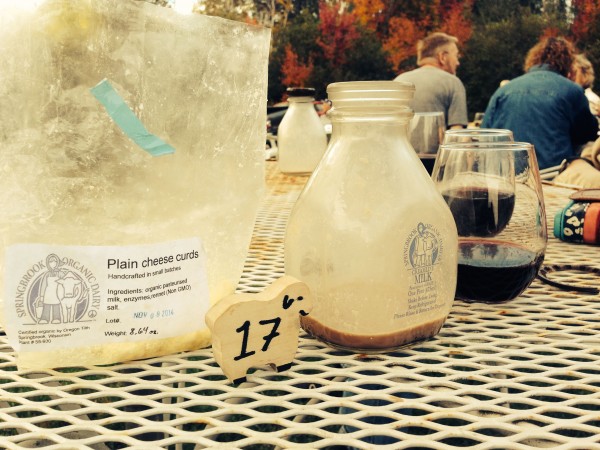 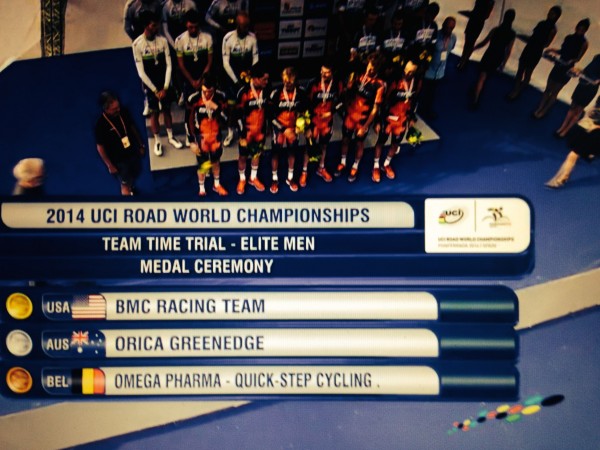 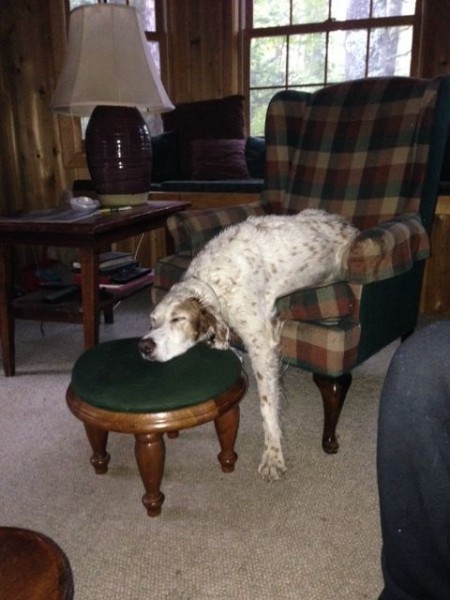 Bromont is completely done when he comes back from one of his romps in the woods.

The women’s Rabo Liv Team crash yesterday at the World TTT Championships. I guess it was lucky for Marianne Vos that she had been dropped by her team already?