It is kind of strange for me to have missed most all of summer. By that I mean I had a broken hip nearly all summer, so I missed what I normally do, plus I was physically not anywhere that really had a summer. I spent most of the last 3 months either in Colorado or up here in Wisconsin, and at both places, the weather never seemed summer like. I’ve been mildly cold the past three months.

I like some hot, midwestern summer. Not a ton of it, but enough to make me appreciate milder weather. I grew up with hot summers. I guess it’s in my genes. I do complain more about being way too hot than I used to remember, but I think that is just my body and mind being out of sync, alittle war within myself.

It hasn’t really been warm since I got up to Cable. Hardly in the 60’s any day. Today is not any different.

A bunch of us are riding from here at Dennis’ up to Washburn Wisconsin to get a marriage license for Pat Lemeiux and Gwen Jorgensen. They had a crazy year between them this year. They have a homes in Australia and Spain and have travelled extensively pretty much the past 9 months. Pat actually just baled out of a “short” trip to New Zealand for last week to ride Chequamegon. Gwen did a photo shoot down there, for shoes, but they made here run in shoes two sizes too small. Sponsorship and its joys!

Anyway, Gwen had a stellar season, winning the Triathlon National, but more important, World Championships too. She has a couple months off, just one race in the Carribean, then back to the travel routine. They are fitting in a small wedding up here in Cable in a couple weeks. Dennis is actually going to marry them. He got a license to perform marriages last year. He has a rule that he only marries Olympians or Tour de France riders. He’s stuck to it and this wedding is going to qualify.

It’s a little too early for me. We’re leaving at 9, which is the crack of dawn around here. I’m not sure how we’re going to shuttle everyone back here. I think it is 70 miles one way and I’m pretty sure that I can’t ride both directions. I can hardly ride 2 hours of singletrack, so 3-4 hours on the road is going to be challenging. 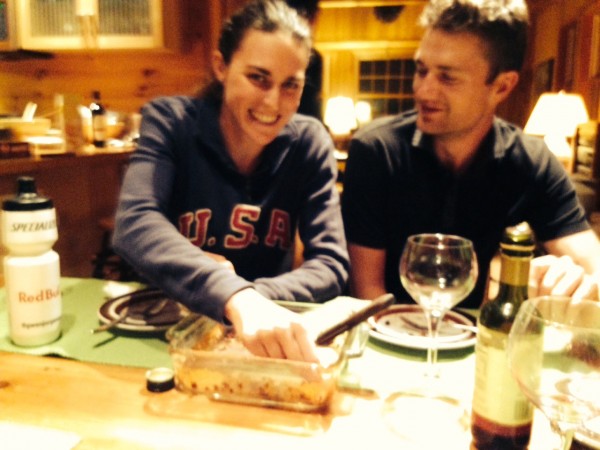 Gwen, scrapping the bottom of the dessert pan last night after dinner. 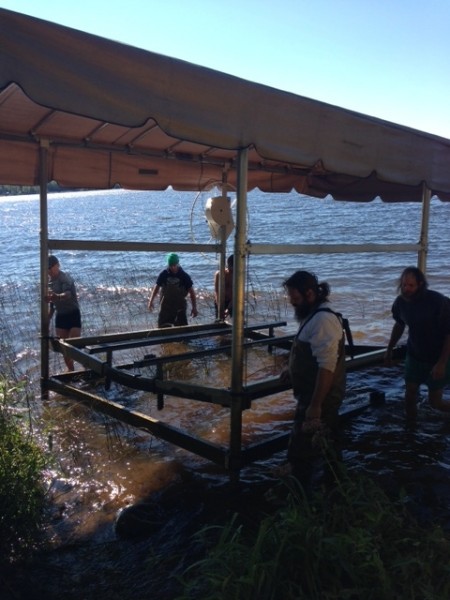 A bunch of us pulling a boat lift out of a lake. I was in my underwear. 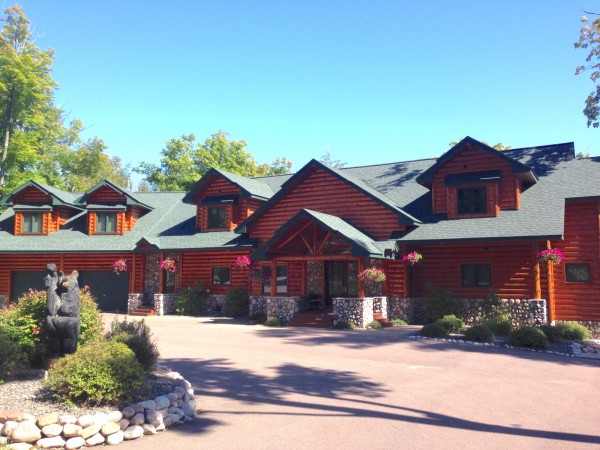 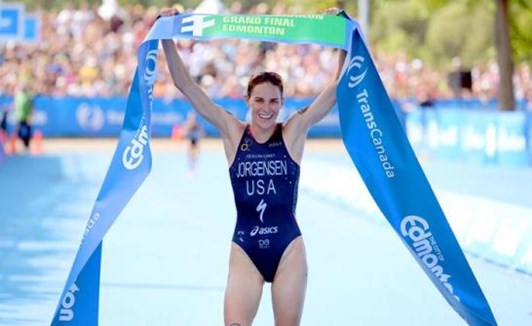 Gwen winning in Edmonton to secure the 2014 ITU World Championship.

One thought on “Missing Summer / Riding To Washburn”