Sometimes after Chequamegon is actually more action packed than before. I’ve been coming up here for quite a while now, so I know a lot more folks. And everyone here has a ton of stuff going on constantly. Usually there are a few construction projects happening, plus the getting ready for winter stuff that happens way earlier up here than farther south. We traditionally cut a split a bunch of firewood for Dennis the afternoon after the Fat Tire. But, with the awards ceremony moved up to late afternoon, it has really gotten in the way of our firewood production. We still got a ton stacked, but not enough for my liking.

I picked Trudi up at the Duluth airport yesterday. We swung by Adam Swank’s coffeeshop, Amity Coffee, but it was closed at 5. We then drove over to Canal Park, got some coffee at Caribou, walked along Lake Superior abit, had dinner and then drove back to Cable. Trudi is done working for BMC for the year. But next season is starting early with the Tour Down Under, in Australia, early January. She is probably going to sleep 12 hours the next few nights if history is any indication.

We’ve been riding singletrack the last couple days. I’m sort of beat right now and might take a day off. I have 37 hours for this month so far, with a couple days off from driving. And a lot of that is riding bumpy stuff, which my body is not liking so much right now. But, the singletrack around here is pretty incredible, so it is impossible to resist. Yesterday, before I left for Duluth, we got lost on the Ojibwe trail by Telemark. They somehow rerouted the trail and we ended up riding around in circles. I had to get driving, so we backtracked and found our way out by the North End Trail Cabin. I’ve rarely been lost in my life, but the majority of times has been somewhere up here. It is a maze of woods and very hard to keep oriented if it’s cloudy or dark.

Bill, Pat and I went with George on Sunday and took a wood-fired sauna. It was super hot, I think around 230. But, that wasn’t the “good” part. Jumping in a small river, near the sauna, between sessions was the kicker. We did 3 plunges and after the 2nd I was dizzy. I’m not really sure the water temperature, but it was really cold. Not can’t move after 30 seconds cold, but nearly. It was very interesting and super fun.

I’ve been lake swimming as much as I can, for my shoulder, but it is getting super cold too. I hate to pool swim, but swimming cold isn’t much fun either.

Today I’m going to help George take a dock out of a lake. I guess the thing weighs 600 pounds, so it is going to take 4 of us to lift it out. I’m not sure how much help I’ll be with that, but we’ll see. Okay, below are some photos from the last couple days. 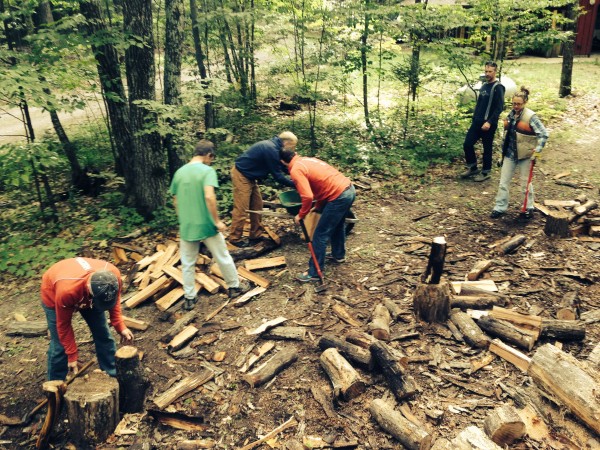 Splitting wood is a communal project after the Fat Tire. 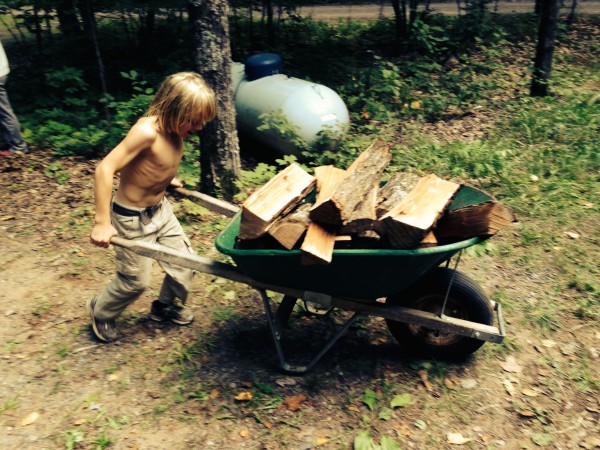 We even use child labor, though this child is stronger than most of us. He’s George’s son and takes after his father. 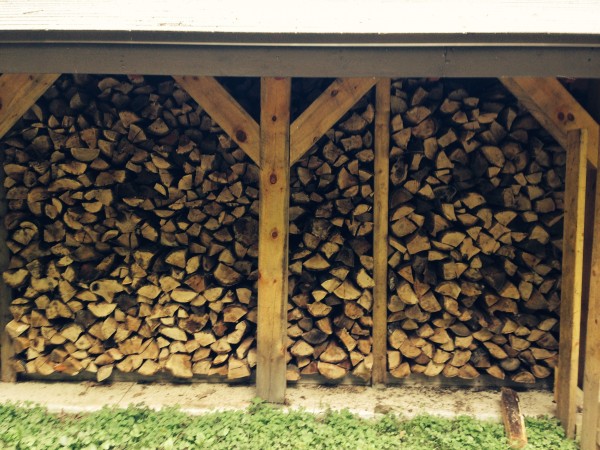 We have put away a good amount. 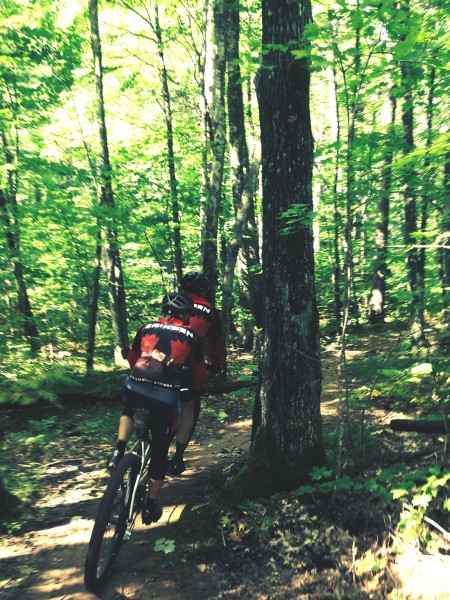 Riding singletrack with Kent and Katie on the tandem on Sunday. They are amazing on singletrack. 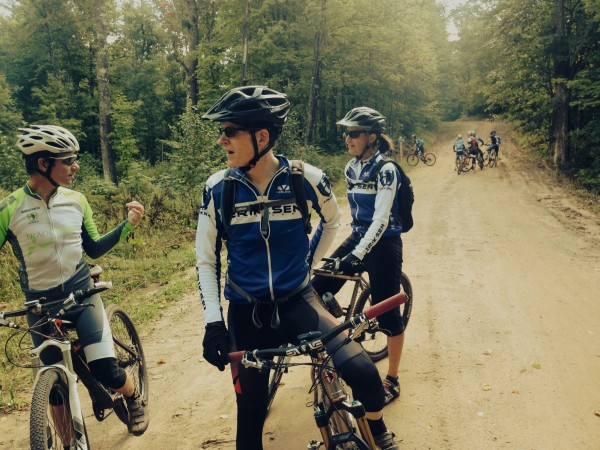 There were lots of people out riding on Sunday. 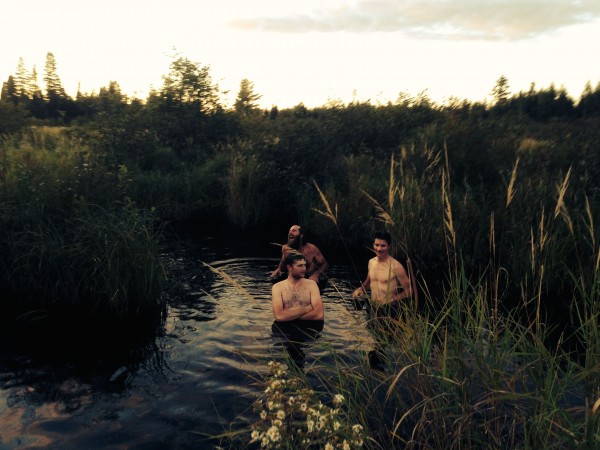 George, Pat and Bill in the river. The water was super clear, but stained from the tannins from the leaves and such. 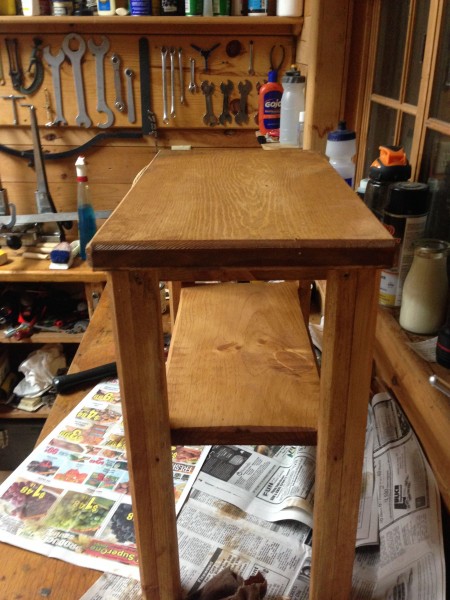 Dennis had to make a couple pieces of furniture for the crowd that showed up. He likes to take scrap wood and make end tables and things. 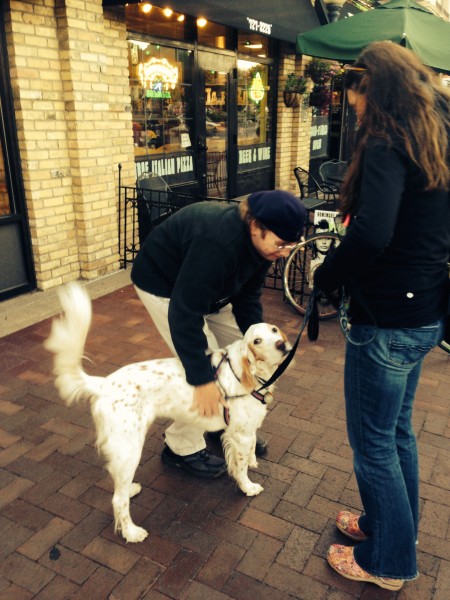 Bromont was getting some attention on Canal Park in Duluth. 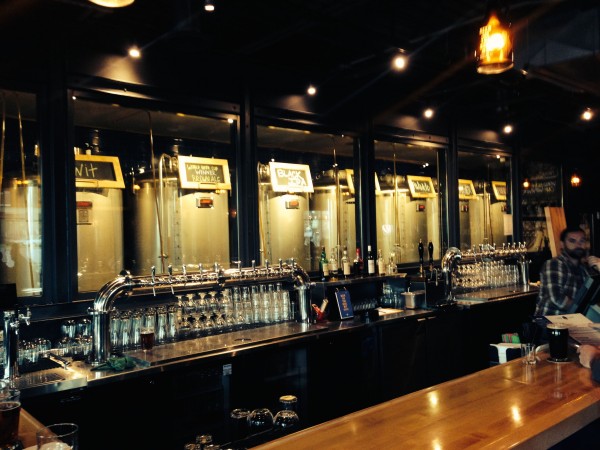 We ate at the micro brewery right there.

10 thoughts on ““Downtime” in the Northwoods”