Man, when the USAC (United State Cycling Federation) starts addressing rules, things many times get jacked up way more than they were before. They make bad decisions that don’t represent their clients, us the riders. They change the rules for their convenience, not in the rider’s best interest.

First, let’s address the Pro Criterium Championships held Saturday night. They scheduled the race during the Tour of Alberta, a race that all the “lesser” Pro Teams were racing. So, the race couldn’t attract enough riders to make a legitimate field, so they decided to open up the race to Elite riders. The whole last decade, the USAC has done everything available to make a separate Professional racing circuit. They don’t let the best elite riders participate in any race with a professional sanction, but when they can’t hold a National Championship because of bad scheduling, they just change face and fill the field. Wonder what they would have done if “an amateur” would have won the race???

Now the Cyclocross Nationals in Austin. They made a rule change that says that Masters have to only race one race at Nationals. The rule….riders will NOT be able to compete in BOTH Elite and Masters categories at the Cyclo-cross National Championships. They can only race in one of those two divisions… Man, what a crock.

USAC must have realized by now that cyclocross is a participatory event. And that masters riders make up a very good portion of the total entries. Most of the riders winning, finishing in the top 3, of most the Master’s Nationals, also race the Elite race. So, USAC has made a rule that limits the ability of the best age graded riders to race? That is just stupid and not in the best interest of anyone involved.

The only reason I can think they might have tried to “address” this issue is trying to limit the number of riders in the Elite Cyclocross Nationals. They can do that through a qualification process, which they have also implemented. Only the top 90 rides in the PRO CX standing, plus anyone with a UCI point, will be able to enter the Elite Nationals. If a master’s rider meets this qualification, then they should be able to compete, in my opinion.

Maybe the USAC needs to realize there isn’t a Professsional Cyclocrss circuit. If they can’t attract a big enough group to fill the Pro Criterium Nationals, then they would have zero percent chance to fill a Professional Cyclocross field. There are a total of maybe 5 cyclocross Pro’s in the US. That is men and women combined. So, all elite riders have been allowed to fill the fields, which seems appropriate. Now, they make a rule to alienate many of the very riders that have made the sport very successful​.

Here’s a link to the USAC release on its 2014-2015 “Professional Cyclo-cross” schedule. They boast a prize list of $40000, split evenly between men and women, so $20K for each. Wow, that is something. I’ve personally won more prize money that that at an individual race.

I’d never heard a peep of all this going down. I wonder why that is? Seems like we all would have heard something about it before it became “official”. They still have time to rethink this and fix their mistake. But, that will never happen. Our sport has issues. 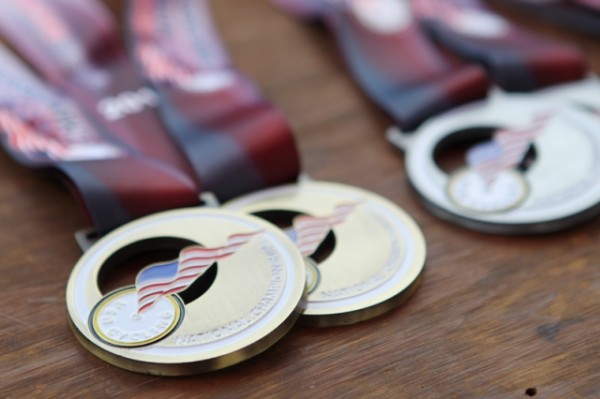 48 thoughts on “USAC F#%*’s up the Nationals Championships”