I read that Dave Zabriskie is doing Leadville tomorrow. I was kind of surprised, I’m not sure why. I haven’t seen him since I did the Mike Nosco Benefit Ride last November. He was in pretty good form then, but I hadn’t heard hide or hair from him since.

At first I thought, what I normally think, that Dave should just disappear into normal life and just leave cycling as a memory. He should be set in life, he did pretty well as a cyclist. But then I got to thinking about it and thought, shit, I like the guy and I like having him around.

I think it’s a double standard for sure. I say that Levi shouldn’t be racing, anywhere, and it okay for Dave to be doing it. I slam Levi for winning Leadville, which I still majorly disapprove of, but sort of hope Dave wins, or at least has a good race.

There isn’t a line in the sand. When I wrote a post the other day about Froome training with Levi, I got a lot of mixed responses. One comment on Facebook said –” Do you guys ever really listen to yourselves. Where is all this anger coming from. Because it sure doesn’t have anything to do with common sense. Unlike some of the others, Levi seems to be doing everything right, since his admission. He donates his prize money. His gran fondo benefits many children’s charities. He didn’t murder anyone. He didn’t molest any children. He doped in a sport, that was rife with dopers. You people act like he should be crucified. Give it a break. I don’t care whether you’re religious or not. This saying makes a lot of sense. “To err is human, to forgive is divine”. Here’s a guy who hasn’t made excuses, and seems to be doing everything he can, to make amends. And all you people do is shit on him. Shame on all of you.”

I might seem pretty harsh in some circumstances, but in reality, I’m very understanding of the issue. I guess my criteria is whether I think the person is generally remorseful of his actions and actually thinks they did something wrong. Dave meets this criteria. Levi doesn’t.

My response to the Facebook comment was – “I have to respectfully disagree. Current actions don’t nullify prior “sins”. You say he didn’t make excuses??? Huh? When Floyd said Levi’s name in relation to doping, before Levi was forced to sign an affidavit, Levi pretty much called Floyd a lying sack of shit. Then he worked a deal, he negotiated keeping an Olympic medal for “telling the truth”. Olympic medals aren’t earned by negotiation. They are earned by talent and sportsmanship, both of which he lacks. How many studies would you like me to produce that shows that takng PED’s last years and maybe a lifetime after stopping? And Levi is still beating up guys racing huge races, then gets kudos from you for donating his winnings?? When one of these guys, anyone of them, tells the truth, admits to everything they did, then they get forgiveness.

Here’s a quote from an email I got from a professional rider a couple weeks ago. – Hey Steve, I read your post on Levi and thought I would share a story with you. Last year at a local race I trace, I toldat I am angry at him and that I wanted to bury the hatchet because I did not think it was fair to single him out. His response was “Why are you angry?” When I told him that he acted unfairly and cheated, h denied that he cheated anyone and went on to say that he never doped for the domestic races that he won. Either this man is delusional or stupider than he looks. All I wanted was a little apology or “I can see how you feel that way.” Fuck him

The guy isn’t remorseful or honestly trying to make, as you say, “amends”. He’s just doing what a guy does after he gets caught.”

I don’t hold grudges. I can forgive and forget. But not until there is a true feeling of remorse. No more lying. No bullshit about everyone else was doing it. Just, “I knew I was cheating and wouldn’t do it again if I had the chance to do it over”. I think Dave Zabriskie might say that. And for that, I wish him good luck tomorrow at Leadville. 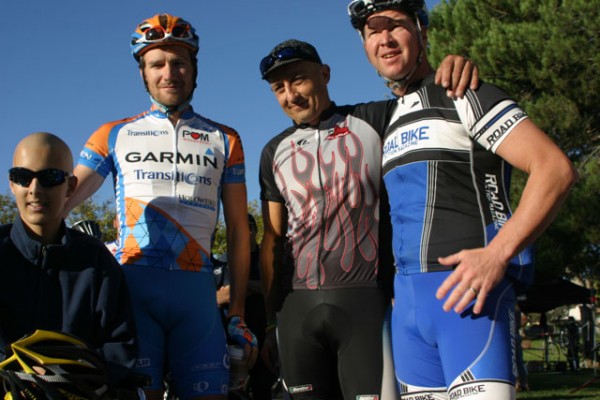 59 thoughts on “Remorseful or Repugnant”