I was a hillbilly for a day yesterday. It all started the night before, when Katie got mad for some derogatory remark I made about her, and she popped me one in the mouth. Next thing I knew, no front teeth. Well, that was not exactly what happened, but that was the story floating around the Eriksen household before Kent saw me.

I actually bit down on a piece of dark chocolate and next thing I knew, a bridge that I have on the front dislodged, or something, and was in my hand. Shit, that is an eye opener. There is really nothing more bothersome to a person to have their mouth change quickly. Even the smallest nick on a tooth seemed to be a crater when noticed by a tongue. When there are 3 teeth missing, with only the teeth left for the securing the crown, then it is pretty disturbing.

I knocked my front three teeth off back in the early 80’s at a stage race in Mexico. I was sprinting on Davis Phinney’s wheel, at a circuit race, at night, I got overlapped and high sided straight onto my face. I only hit my teeth, nothing else. No blood, just broken teeth. I headed back up to La Jolla and saw an oral surgeon at Scripps, who put them back in place. That was a long time ago.

Anyway, it was late at night, so I knew I was going to have to deal with it in the morning. Katie gave me the name of her dentist in Steamboat, but they didn’t have any time available. I called another denist, Jim McCreight, a triathlete, that Brad Bingham, Kent’s welder, had built one of his awesome duel suspension MTB bikes for. Jim squeezed me in at 4, right before he was taking off to do the Ironman Boulder.

Man, does he have a nice office. And nice staff. I was only there for hardly 30 minutes. We talked a bit and then he glued the bridge back in place. He told me he would warranty the repair for about as long as it takes me to leave the building. So, I have some dental work to address.

It is weird walking around all day with no front teeth. For one, it is hard to talk or eat. But, the initial, enormous embarrassment factor was something I didn’t expect. I worked through that though. Kind of weird how I did it.

Back, way back, at the Tour of Texas, Greg Oravetz, who road for Coor’s Light, crashed the last day and broke off all his teeth. There was an after race party, of course, and then we all headed out. We were at some bar and here walked in toothless, Greg Oravetz. He acted like nothing was different and just partied. Later on that night, Greg left with a beautiful woman. We were all trying to figure that out. We decided that it was the lack of embarrassment that was the attraction. Whatever the reason, I used it as a way to get through the day.

Well, as the saying goes, when it rains, it pours. Kind of tired of all the health issues/struggles. Now I need to figure out what I should do. I know I’m on borrowed time, but don’t what to have to spend 15K on dental work. I’d like to get some titanium posts put in and then a new bridge. That is time consuming and costly. I wonder if Kent has any laying around. He is a jack of all trades, it wouldn’t surprise me if he could insert them too. 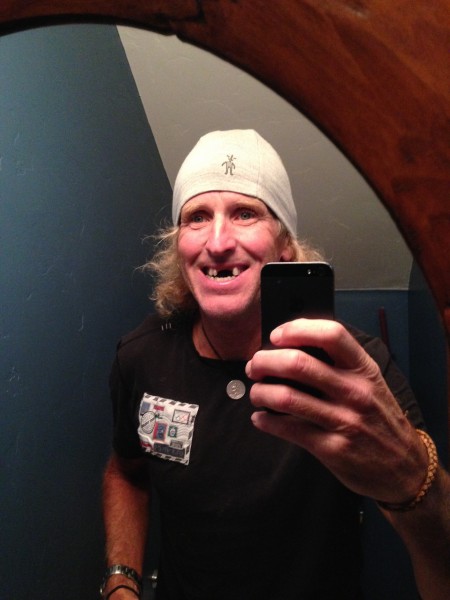 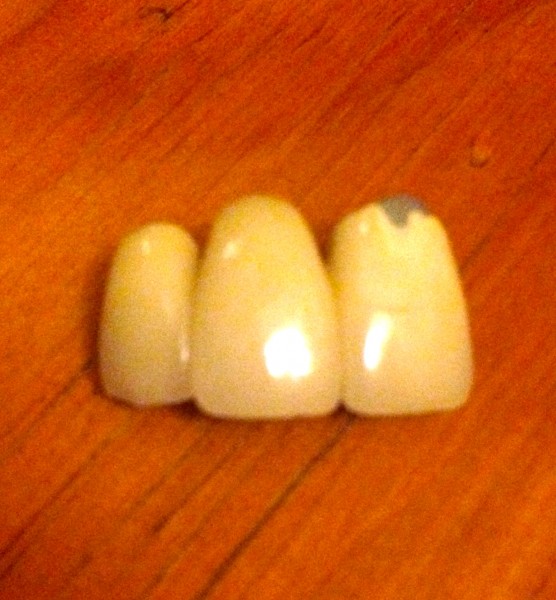 Teeth. They are creepy, sort of . I could never be a dentist. 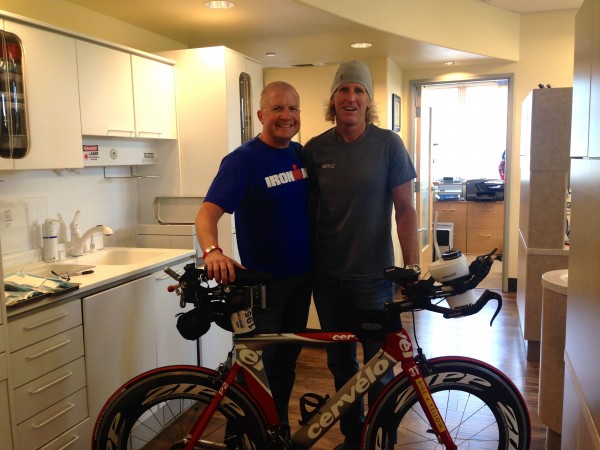 Jim McCreight and I after I have teeth again. He just happened to have his bike at the office. 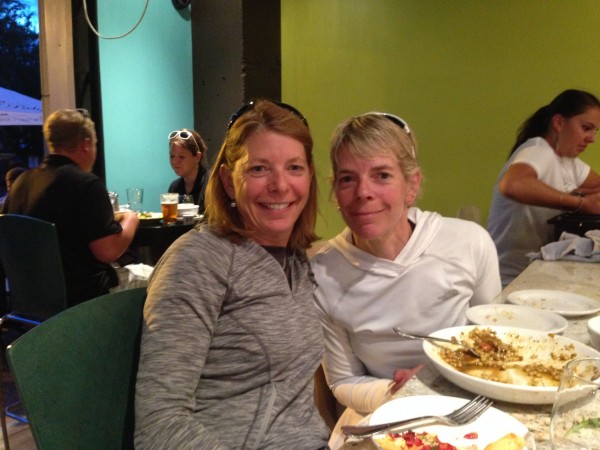 I had dinner last night with Katie and her sister. Kent had asked me early yesterday if Katie had made an humorous comments about my predicament. I told me no, she was concerned. Little did I know how much I was going to receive the rest of the day.