We got up at the crack today to head up to Winter Park for a MTB race. I’m not exactly sure what the race is, but Vincent and Bill are racing. It starts at 10 am, so we’re leaving in just a few minutes, 6:30 ish. Trent Newcomer, the vet I took Bromont to up in Fort Collins, is also doing the race, so we’re just gonna meet him up there.

Today is also the Mt. Evans Hillclimb. My other team mate, Brian Jensen, is doing that. He just won a road race in Salida, CO last weekend. He and Bill are staying out here until Leadville in a couple weeks. Brian works for our sponsor, TradeWind Energy, and can work remotely from here. Also, it turns out, my friend Don Sutton, from La Jolla, flew out yesterday and is going to race Mt. Evans. Then he’s going to do a credit card tour up to Breckenridge, then over to Winter Park, over Trail Ridge (the highest continuous paved road in the United States), then to Estes Park and back to Idaho Springs. I think that is what he told me. I wish I could ride with him some, but I’m not hardly up to it.

Hopefully we’ll all meet up later this afternoon in Idaho Springs and get a chance to catch up.

I’ve ridden everyday since I got out here, but am not bringing a bike today. I plan to get an x-ray soon, probably Monday. I’ve been hobbling around the last couple days and my hip is aching pretty good at night. It would put my mind at ease just knowing everything is aligned correctly and healing properly.

Thursday we did a urban ride around Denver. It was pretty fun and just about the only ride I can do. We rode 50 miles, mainly on bike paths. I am having a new IMA battery built to put into my Honday Insight and wanted to check out the shop that is doing it. It’s just a little North of downtown, on York Street, it a pretty industrial area. The guy there, Eric, seemed nice enough and he took Vincent, Bill and I back to his battery assembling place to see what they do.

The new battery is going to be 8 amp/hours and much lesss resistance that the original battery. I sort of kicked around taking it apart myself and repairing it, but decided that I’m going to keep the car for a long while and might as well put in a much better and stronger battery. It is nice having a car to do errands in around town that gets close to 60 mpg. The original battery is completely dead and I still got 41 mpg coming out here, but the engine is only 1000 cc, so it lags pretty seriously without the electric assist.

We watched the 30 on 30 thing last night on the duel between LeMond and Hinault in ’85 and ’86. Slaying the Badger was its name. You can get it on Apple TV is you missed it last week. It was pretty good. I should probably do a post on it. I was just one degree of separation away from that whole mess. It didn’t seem like such a big deal at the time. A few weeks later, at the Coor’s Classic, it didn’t seem like LeMond had any trouble helping Bernard win.

Okay, I’m bikeless today. Hopefully my hip will quit hurting so badly. I plan to walk with a cane, all day, to take some pressure off of it. I’m getting pretty sick of the whole thing. I realize that it is going super fast for an injury like this, but it’s not nearly fast enough for my liking. 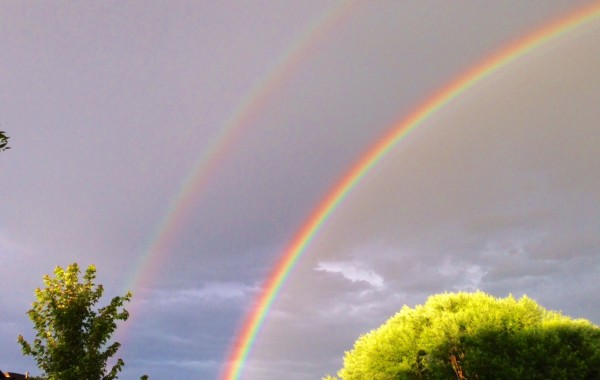 It’s been raining for an hour or so every night here in Arvada. Yesterday, this was the result. Super beautiful. 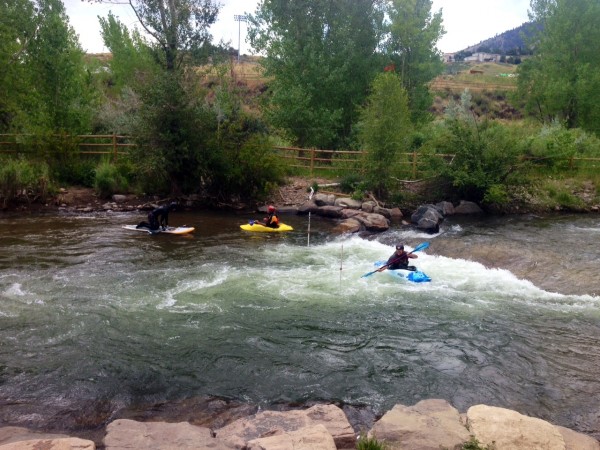 We rode over to Golden yesterday for coffee. Then headed up the bike path. Lots of people tubing and using the creek for recreation. 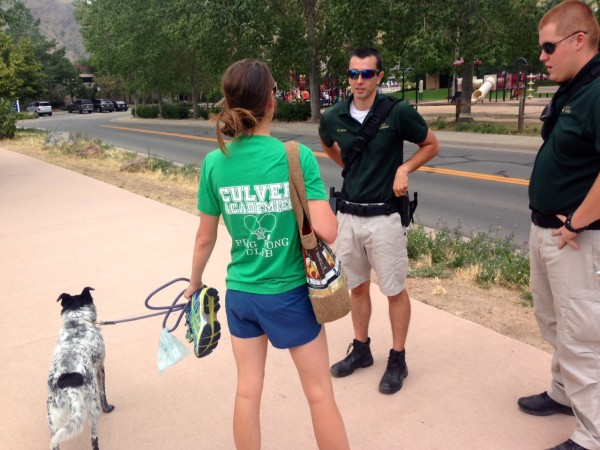 These guys stopped this girl for letting her dog walk into creek without its leash. There are signs everywhere, but the one ranger was super rude. I saw them approach here and the first thing he said to her before anything else was, “We are you going?” I’m sure she had no idea what they wanted. They they said they needed her ID. I didn’t like it at all. 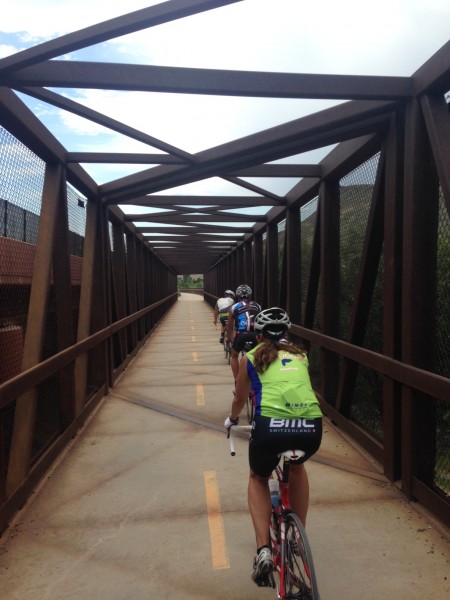 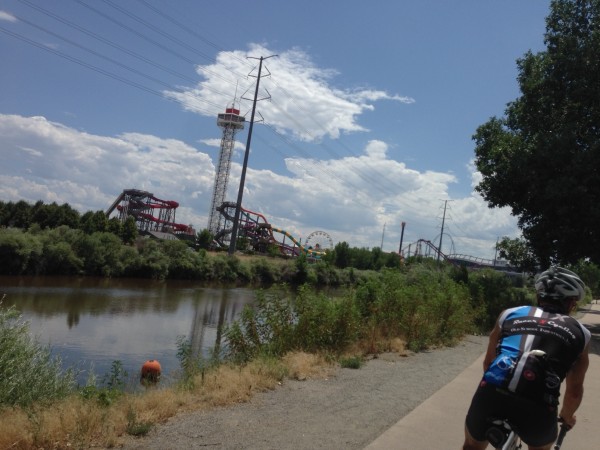 Bike path by an amusement park somewhere near downtown Denver. 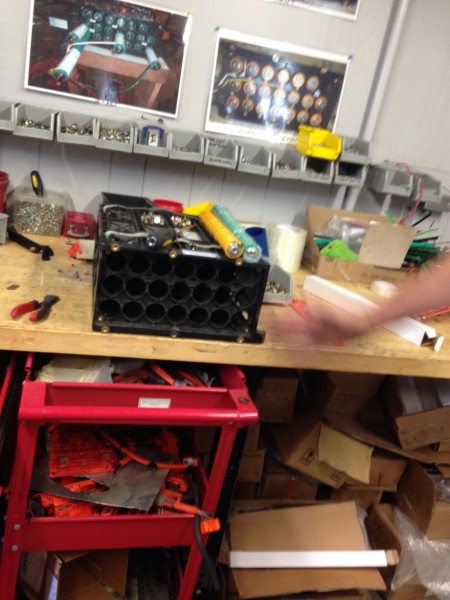 A Honday Insight battery at the shop. 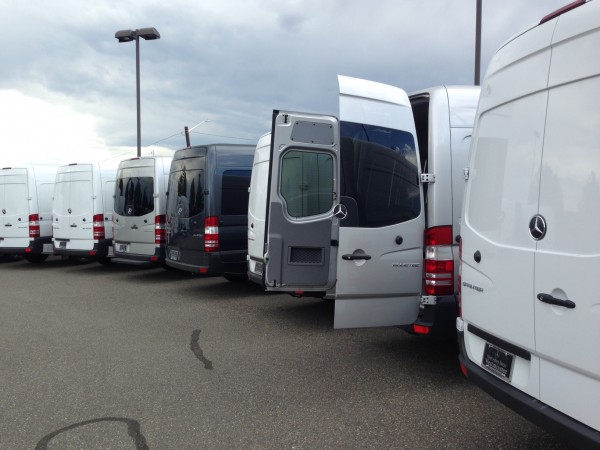 We went over and drove some Sprinter vans in Westminister yesterday. Really quiet. Pretty exactly opposite of a Honda Insight. About 10X more than I paid for my Ford diesel van, but it is very much nicer.