I’ve been thinking a bit about breaking my hip from falling at 12 mph in a wet corner. I honestly didn’t think it was possible for that to happen. I’ve fallen on my hips more times than I’d like to think about and nearly every one of those other times I was going more than twice, to three times, as fast.

Honestly, I think the lack of speed and abruptness of the fall was the reason it broke. It’s not like I hit my hip on the road. The bone is way deep in my upper thigh. It is that my lower leg hit the ground and leveraged that force on my bone and it broke above the femur. The speed I hit the pavement, because of the lack of fiction from water, really added to the whole outcome. The same as the first week in the Tour, lots of crashes and broken things because of water.

I used to think that collarbones and separated shoulder were the most common injuries in cycling. After crashing and posting it here, I couldn’t believe how many different people contacted me and sent me x-rays of their breaks. I’m rethinking it now.

One reason that I think more bones are breaking in the sport is because our bikes aren’t connected to us when we hit the ground. When we were securely connected to our bikes, thru toe straps, our bikes took a certain amount of the force. I have lots of recent videos of myself crashing and in everyone, I’ve twisted my feet, trying to avoid the crash, enough, to unclip my pedals. So, my bike get launched away from me before I hit the pave.

You might not think that rubbing your pedal quil on the ground would take that much force, but they did. Also our handlebars. Any force that our bikes absorb hitting the ground is energy that doesn’t go into our bodies, thus it is less likely to get injured as badly.

Anyway, I’m not trading in my clipless pedals for the sake of safety. But, it might take me a while to get comfortable again, taking a left hand corner in the rain. 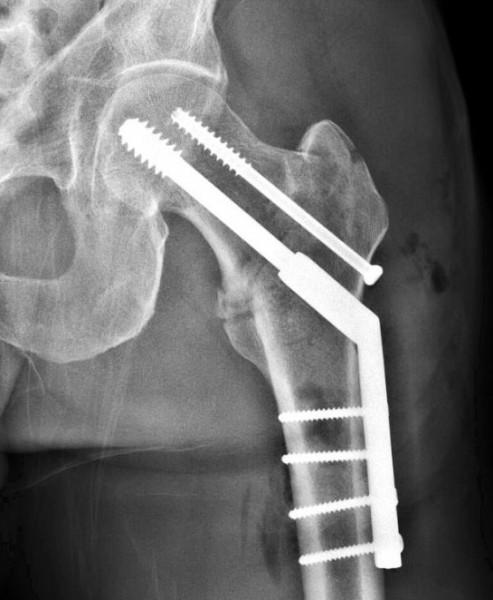 I’m hopefully going to get another x-ray today or tomorrow to see how this is healing. It’s been 8 weeks now. 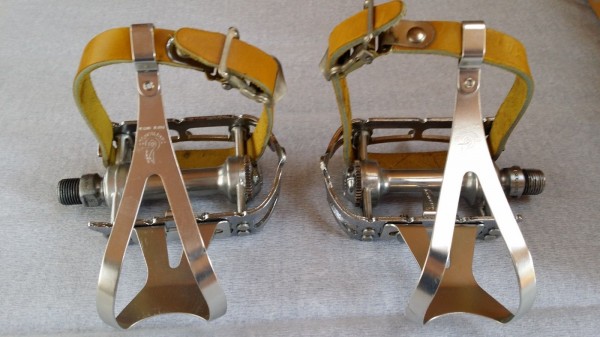 Toe clips and straps worked pretty well back in the day. I snagged this picture off eBay. I wonder if the guy selling these knows he put the straps on in reverse.

18 thoughts on “Breaking from Crashing”