Kind of in a rush here. I have a 5 pm appointment in Ft. Collins for Bromont with Trent Newcomer. Bromont is now in an arthritis study for the next month, so he’s gonna have to be doing periodical visits there. He doesn’t have super bad arthritis, but I want to make sure he’s doing as well as possible. He’s 11 now.

It is about time to get the hell out of Dodge. It is super hot here in Kansas. I’m not sure what the official high was yesterday here in Topeka, but my Garmin was reading up to 107 when I rode yesterday afternoon.

And yesterday afternoon, I pulled “a Catherine” and completely fell apart. I rode 20 something miles feeling alright, but when I got back to Topeka, the last three miles, I could only ride about 13mph. It was super ugly.

I finally made it to town and went by a local hospital to visit Dennis Weinbeck, a local that crashed last week and broke himself up pretty good. 8 broken ribs, collapsed lung, and broken scapula or something like that. He was doing alright until a couple days ago when he had to check back with blood clots in his lungs. I have no idea why they didn’t give him blood thinner when he was brought in so smashed? Anyway, Dennis was doing way better and it was a good visit.

Trudi is flying into Denver this afternoon, so she’ll be at Vincent’s tonight. Bill is driving later and picking her up at the airport, since Bromont’s appointment is at the same time she lands.

Okay, I need to get going. 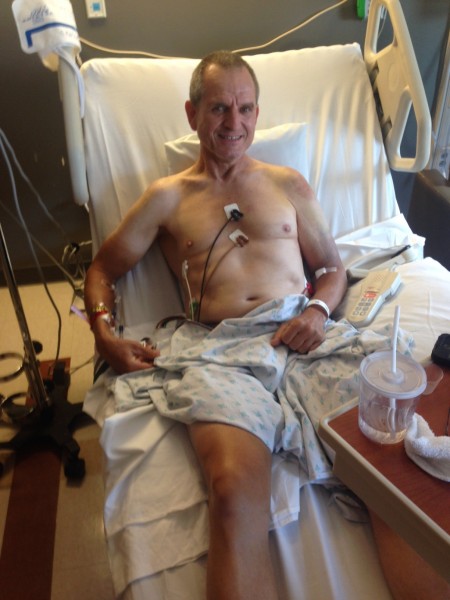 Dennis feeling a lot better in the hospital. 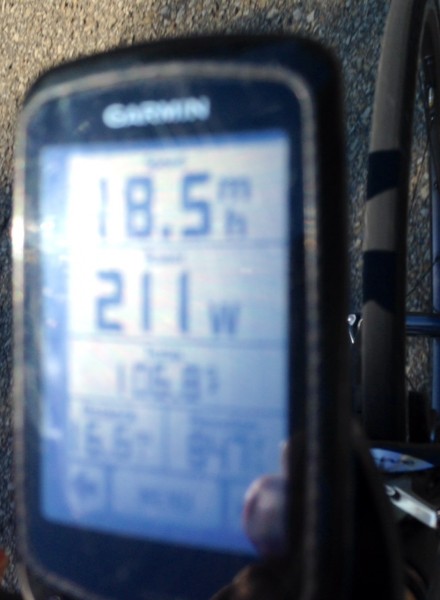 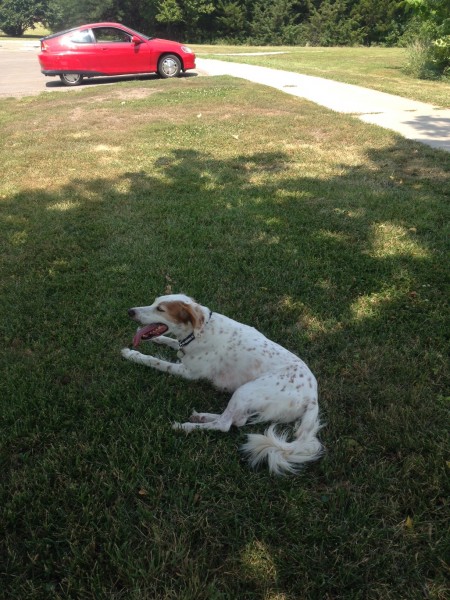 Bromont likes to find the shade on his “walks”.

One thought on “Heading Back to Colorado”