I’m in Arvada at Vincent’s. Being here, I’m with Jack too. Jack is Vincent’s Vizsla. We go way back. But, we really bonded last February when I was out in Colorado for shoulder surgery in Vail. Jack stayed with us for nearly three weeks, up in the mountains. I was much more down and out than I am now, and Jack was a very loyal friend. He would stay with me nearly every hour of the day. Bromont wanted to go out and romp, which Jack would too, but Jack would return right back to me as soon as they got back.

I was out here a month ago and Jack took up his position. I was pretty much horizontal all day and Jack kept me company. Bromont too.

Jack and Bromont are buddies. Bromont isn’t much into other dogs, but Jack is an exception. He doesn’t mind if Jack plays dog pile right on top of him. And Jack is a piler oner. He likes to sleep on you.

Last night, Bromont was tired from Leadville. So he was trying to sleep, but Jack couldn’t decide whether he wanted to be closer to Bromont or me. A constant back and forth. It interrupted my sleep, but that is a given nowadays, so it doesn’t bother me as much as normal.

Vincent and Bill just went out for a long ride and I’m left sitting around. I hate it. It is super nice, though, having these guys around me while I try to stay motivated and heal. It takes a lot of the sting away. 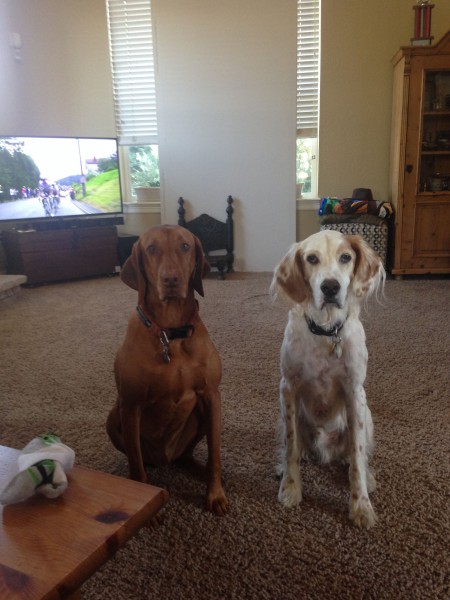 This morning, while watching the Tour. Guess they wanted some attention. 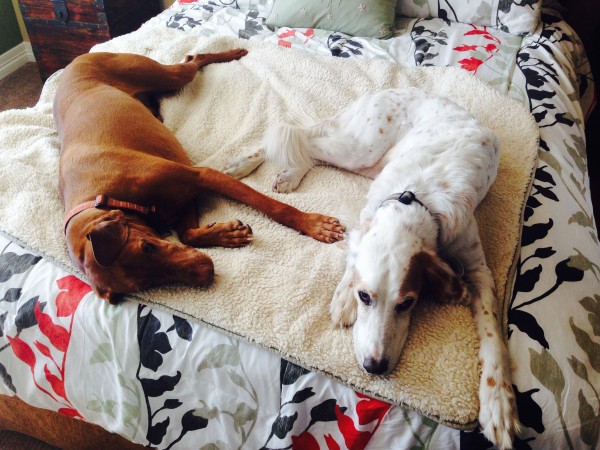 Never any room for me on the bed. 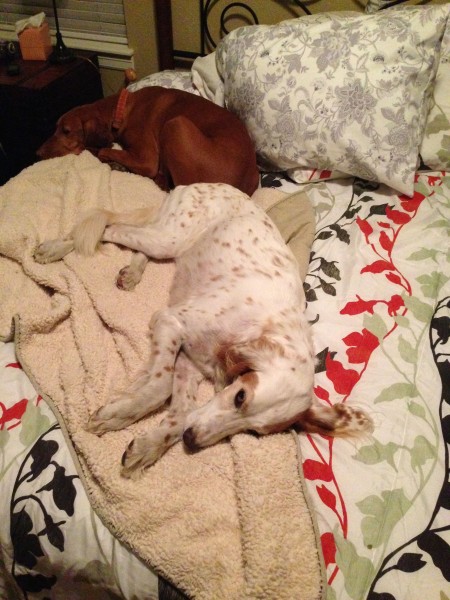 They move around a lot.

5 thoughts on “Bromont and Jack”