We’re heading back to Topeka today. Not that I didn’t like hanging out here in the mountains. It is nice being around other people and not just sitting around, moping. I am a little bit more mobile and can get around better than when I left Kansas a week ago.

I’ve been riding a hand cycle the past 4 days. Getting out in the fresh air is something I appreciate more than I had anticipated. But, using my arms to propel myself is a humbling deal. A couple days ago I went pretty hard and could hardly average 11 mph. It is any rise that kills the speed. I looked up the winning time of the NYC marathon and the fastest is 1:31. That is over 17 mph. Amazing. I’m sort of surprised that my arms haven’t been destroyed every morning after doing it. It is pretty much a continuous workout for an hour. I didn’t know I had that in me. I know I can’t swim for an hour straight, so I’m not sure why I can pedal a hand cycle for that long. It must be the short rests I get on the descents. I’m going to ride it once more this morning before we drive.

Trudi, Vincent and I went over to Boulder yesterday and ate at Chautauqua for breakfast. It was drizzling in the morning and we were the only table sitting outside. I haven’t been there for a couple years. Boulder has sure grown up crazy. I didn’t spend much time there last year during Cyclo-X Nationals. Especially out by 28th street. We went to an Apple Store on 29th street. I’d never been to that outside mall. It’s incredible how quickly things change.

Vincent is doing a 100 mile MTB race on Saturday. I would stay around and help out, but there is really nothing I can do. I was pretty wasted after the trip to Boulder. I can’t really see moving around for 7 hours, trying to catch up with him at the check points. I’m not sure why a broken bone and a little cut up muscle take so much energy to heal. It seems like it wouldn’t really be that big a deal, but obviously I’m wrong.

I did get on an ergometer for 22 minutes yesterday. It started off pretty slowly, but after 10 minutes or so, it felt a little better. It is nearly impossible going over 80 rpms. And I feel better not leaning over the bars, but sitting more upright. It was hard doing over 100 watts initially, but I kind of settled in at 160 or so. I quit when I thought I might be over doing it, which was probably a few minutes too long. But, I don’t seem to be any worse for wear this morning, so that is a good sign.

The North Star Race, (Nature Valley) is going on right now in Minnesota. Another race I was focusing on this year. It looks like the yesterdays road race was a gutter ride, with a ton of side wind deciding the break. Heath Blackgrove, my temporary team mate from Joe Martin made the split with the Optum and Jamis guys. He finished 3rd. Being from New Zealand, Heath knows very well where to be positioned in hard cross winds. I like those types of races myself. But, there is always next year.

I’ve been getting up around 4 am the past week. Once I wake up, my leg is throbbing and I can’t get back to sleep. The Dauphine doesn’t start until 5:30am Colorado time, so I have over an hour to blow. Waking up that early makes the day really long. Last night I slept until after 5:30, which was a dramatic improvement. That extra hour and a half is huge. I feel much better this morning.

Okay, sorry about the same old health update posts. Hopefully, with more sleep coming slowly, I can get back up to a broader thinking mode soon. 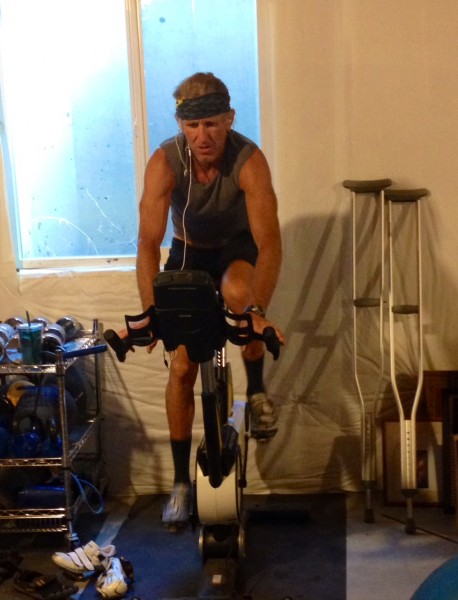 It felt pretty alright as long as I didn’t put much pressure on my left leg. 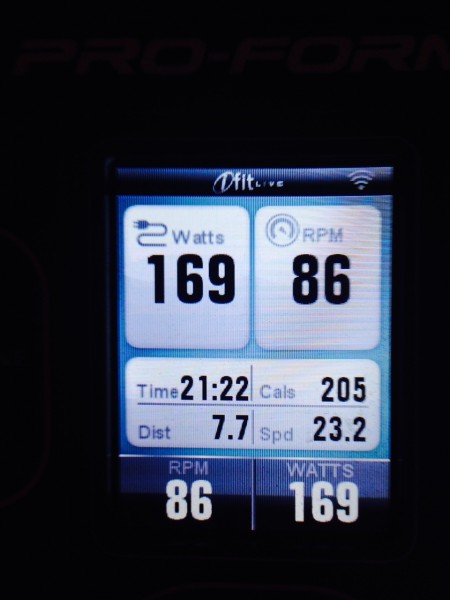 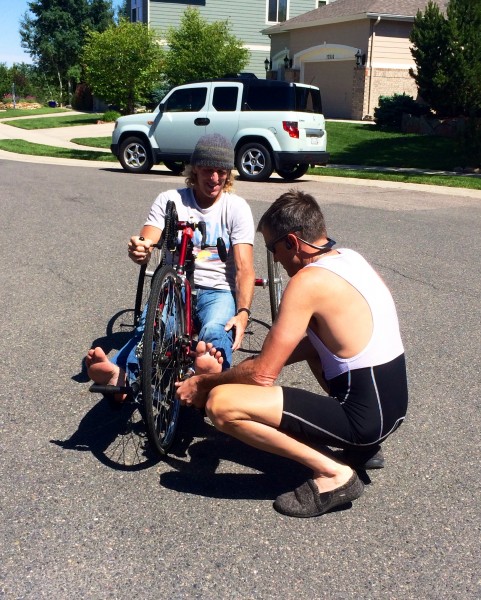 Vincent adjusting the leg reach on the hand cycle 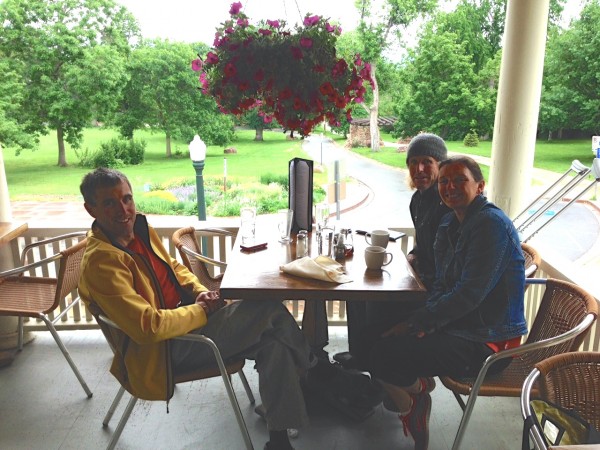 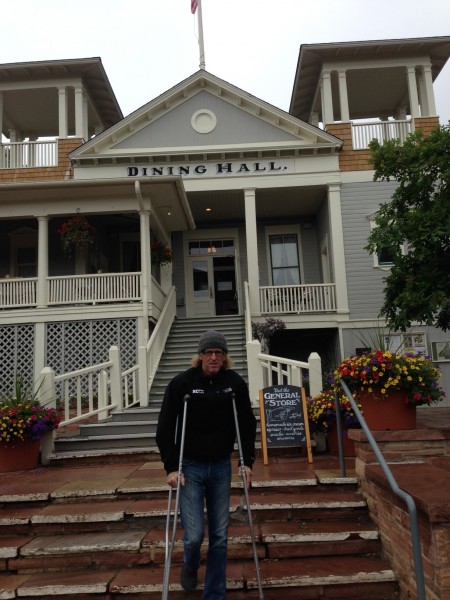 5 thoughts on “No Worse for Wear”