It is exactly two weeks since I broke my hip. I can’t say I’m very productive yet. I pretty much watched every race the last couple days at Tulsa Tough, I didn’t only watch the Pro 1 and women’s races. I was watching the Cat 4 men, Cat 3 women, juniors, all of them. And today, I can’t really say it was a waste of time. I know those courses so well and really enjoyed watching dynamic races, not just the predictable, controlled Pro races.

I was a little surprised how south the races went Sunday for the United Healthcare men’s and women’s teams. Maybe you wouldn’t call the women’s race all that bad for them, since they did win the race, but they went from stacking the overall and daily podium to just having the top step on both. And maybe you wouldn’t consider the men’s race that bad either. Brad White, UHC, won the race. But all the GC contenders of their team, 4 of them, fell with just over 2 laps to go and didn’t finish. It is strange seeing a crash that close to the finish and only riders on one team fall. That final corner must have been super slick. The Pro men got super unlucky with the rain starting just so close to the finish of the race.

My leg isn’t working too well yet. If anything, it is worse. Today I’m feeling a little better and am going to take a hand cycle out and try it out. I think that I’m going to have really sore arms and shoulders tomorrow.

Trudi, Vincent, and Stacie have been scanning all the newspaper articles, and slides, to digital format, the last couple days. I haven’t looked at any of the stuff. I’ve been sleeping so badly that I sort of walk around all day in a haze. Hopefully I turned the corner on that and I can be a little more, or a lot more, productive from now on.

Being on Colorado time, the Dauphine is already over by the time I get up from my 2nd attempt at sleep. I’m usually up from 2-6, and get another 1 or 2 in from 6 am on. Seems like Froome is on his normal rage. 2 for 2 there.

Okay, thinking about going over to Golden and just sit there somewhere, maybe at a coffeeshop. I’ve had two cups of coffee the last two weeks. Can’t say I miss it much. But, I like the routine of getting it. Maybe I’ll have them just plop me down by the stream that runs through Golden. There is always something interesting when you’re next to fast, flowing water. There are worse things I could be doing today. 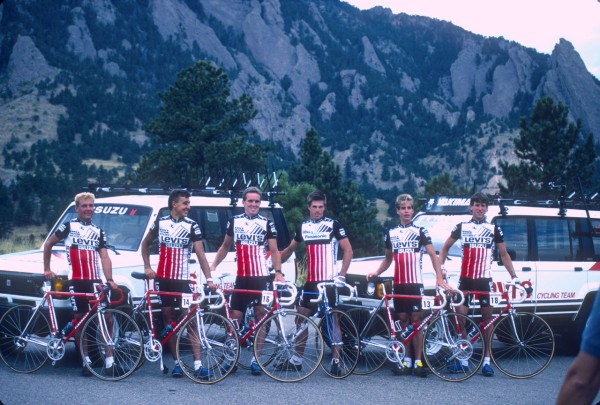 One of the slide scans, the Levis/ Isuzu team from the before the Coor’s Classic. This is Greg Demgen, Roy Knickman, Thurlow Rogers, Phil Anderson, Andy Hampsten and me. I still have one of those Isuzu Troopers behind us. 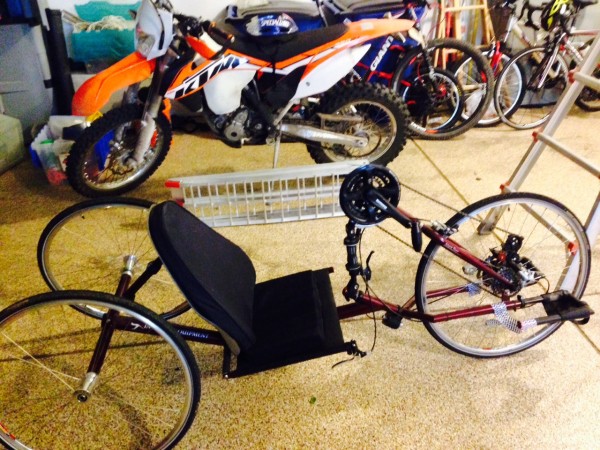 The hand cycle I’m going to try out later this afternoon after it warms up a little. 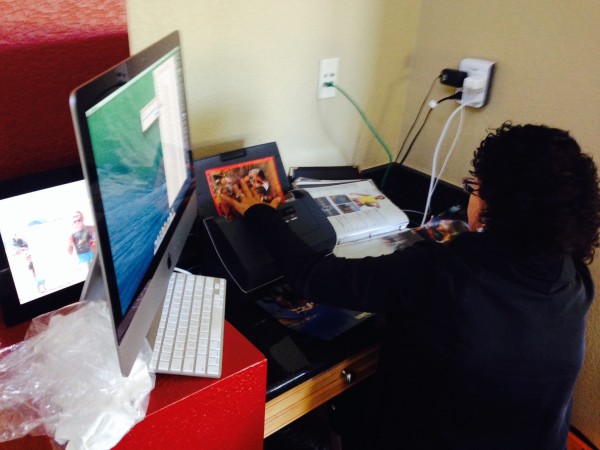 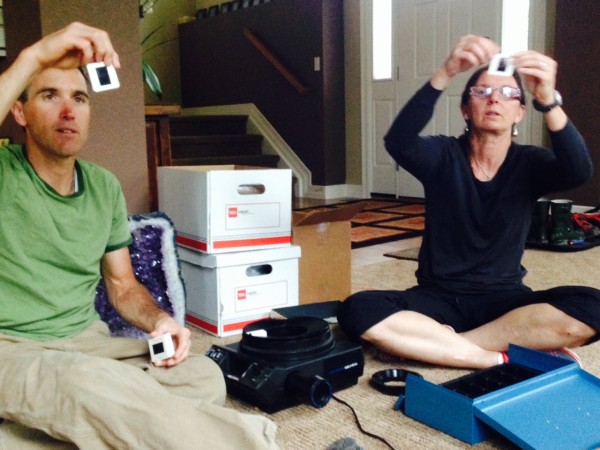 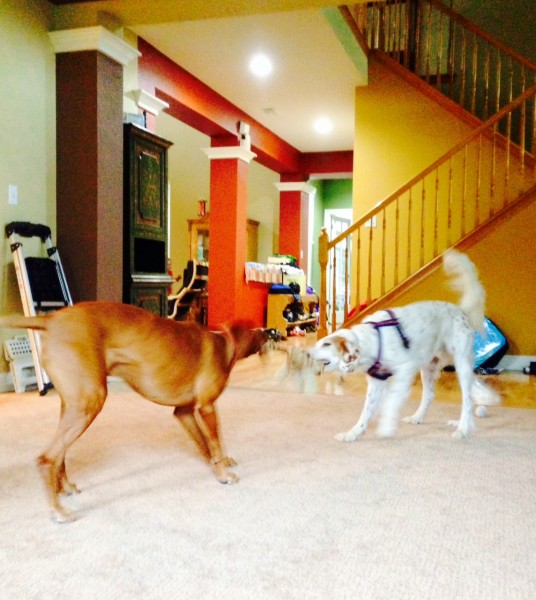 Bromont and Jack love each other. 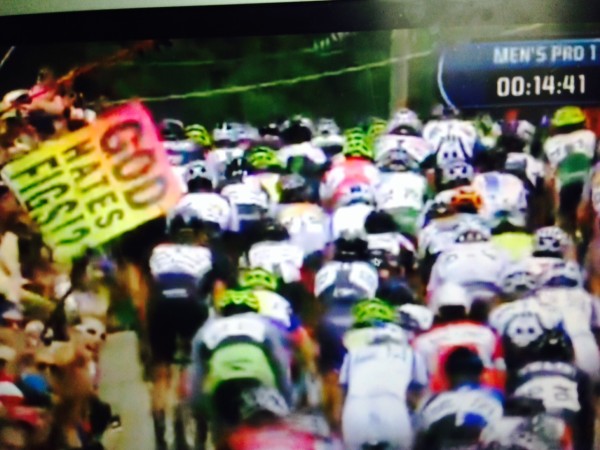 I love this sign, being from Topeka. This is a spin on the horrible signs that the Rev. Fred Phelps gang use. They are from Topeka.

8 thoughts on “Monday – Two Weeks Out”