It’s close to 4am and I’m finally settled down in a hospital room in Iowa City. It’s not like I’m going to get to sleep much, maybe not at all. They are coming in to draw blood before 5 am, then the orthopedic surgeon said he is coming by before 8, so that pretty much blows the morning. I can’t say the last 11 hours have been so good.

Maybe I should back up a little. I fell on the last corner of the Quad Cities Criterium, BEFORE the race started. And I can’t really tell you anything about it. I remember just riding down the hill, talking, knowing I had to go slow through the last corner because they were having a kids race. Next thing I know I am laying on the pavement holding my leg. I don’t have any recollection feeling a slick spot or my front or rear wheel sliding first. Just up one second, down the next. Pretty strange.

I knew immediately that I was hurt. It was pretty easy to tell. The first two riders to me were Paul Martin and his team mate. Both asked me if there was anything that they could do for me are if they needed to call someone for me. Super nice.

The EMT guys came and put me on a stretcher and carried me over to the ambulance. The crowd clapped, like they do at a football game when they haul off an injured player. It struck me as strange, but I know they all had good intentions.

So, I was driven to a close hospital. Man, let me tell you something, ambulance rides are crazy bumpy. Like so bumpy someone needs to invent an air cushion or something to make it bearable.

I got to the emergency room and went through all the red tape. Then I sat forever. Finally a guy came and said he was a medical student and looked me over. Then a small woman came and said she was taking me to x-ray. I got there and she proceeded to start taking x-rays of my knee. I told her that my knee was fine, my hip was bad. She said that she didn’t have an order for hip photos and kept doing the knee deal. I told her she needed to stop and call someone, because it was super painful trying to get in position for these x-rays that weren’t needed.

So, finally, hip and pelvic x-rays ordered. I had to move from the bed with wheels to the x-ray table for the hip shots. Wow, talk about unbelievable pain. I moved about 1/2 a centimeter at a time. It would have been nice to get some pain medicine before that ordeal.

So, x-rays done and back to the waiting area. In the meantime, I was getting texts from my friend Stacie, an orthopedic surgeon from Louisville, asking what happened. I didn’t have cell service, just wifi. I told her my hip was broken and that I was supposed to get back in another ambulance and head over to another hospital to have surgery within the hour. She told me to hold tight.

Eventually, she got back to me and said I needed to be taken up to Iowa City and see a trauma orthopedic surgeon that was on staff at the University of Iowa. His name is Matt Karam. Then the phone rings next to my wheelie cart and it is Matt. I talked to him for a while and decided that he was my guy. Super articulate, seemed to know a lot about hip surgery and just sounded right to me.

By then, Bill had finished the race and was there. And then it started. The Emergency Room doctor seemed a little pissed that I was leaving their system and going to Iowa City. He said that the 50 mile ambulance ride was medically unnecessary. I told him I needed to take an ambulance ride somewhere, because they weren’t doing the surgery there, so I might as well go to where the best doctor is. I can sort of understand his issue, but not really. I told him that I had a few friends that broke their hips and that it didn’t work out so well for them. No blood flow, then eventually replacement hips. Floyd is one of them.

So, another really bumpy ride to Iowa City in an ambulance. They said it will cost between $1100 and $1710 dollars. Nice. Here, at the University of Iowa, it feels more correct. I had to spend a lot of time in the emergency room area again. I started kind of stressing because they told me that I couldn’t eat or drink after midnight and I had really eaten since breakfast. The orderly went to the cafeteria and got me a ham sandwich and piece of chocolate cream pie at 11:55 pm. Then I sat some more and finally moved up to my room later. I don’t have a roommate, which is great.

So, I’m scheduled for surgery tomorrow afternoon. Somewhere between 2 and 4 hours it is going to take. They have to screw it back together and then insert a plate somewhere. The only wrench in the whole plan is that the resident down in the emergency room told me that my pelvis had a fracture too and that might “mess things up some”. He told me I’m going to have to get some more x-rays tomorrow to check it out better.

It is so strange what goes through your mind when something life altering happens. Zillions of thoughts, most totally off subject. I just decided to not worry about it and stay the course.

Trudi is driving straight from Chattanooga to here. She got into Illinois and, I believe, stayed in Mt. Vernon last night. She should make it in time to be there when I wake up I hope.

I bet my health insurance kind of hates me by now. At least they should. I’ve been using it like crazy the last two years. This is going to be another expensive one.

I’m staying fairly positive so far. I could be broken much worse. They could be putting in a complete hip replacement. In theory, it isn’t going to even 2 months for the recovery. Not bad considering.

Okay, I’m getting a little sleepy. Pain killers are wonderful. This is not a painless injury. It is really hard finding the sweet spot so there isn’t a shooting pain. I’m going to try to find that very sweet spot now and get an hours sleep before the day starts. Wish me luck. 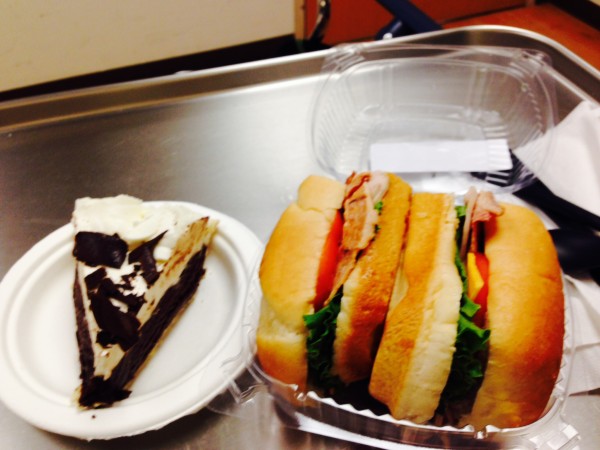 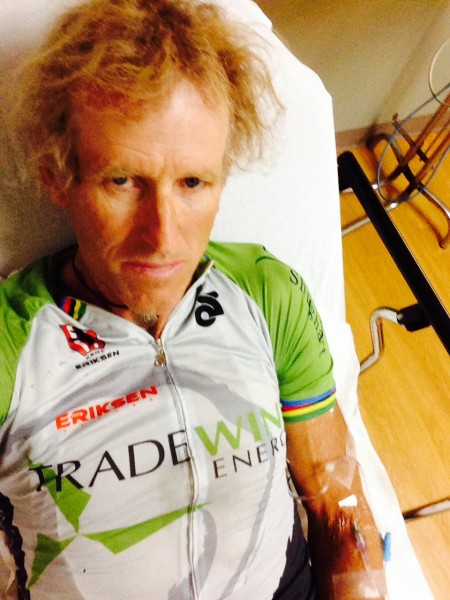 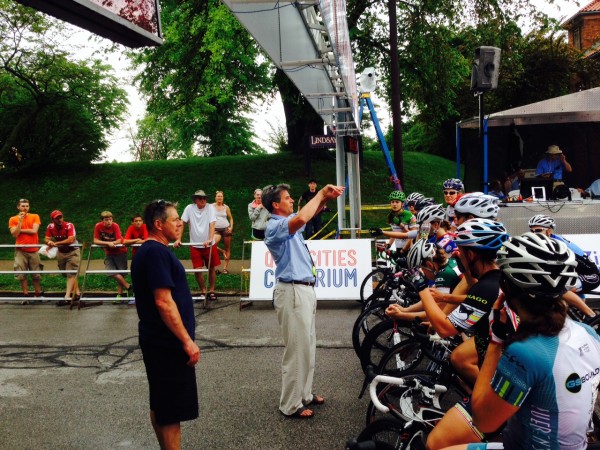 Brett and Tom Schuler, race promoter, trying to figure out the restart of the women’s race. They raced hardly anything too. The men ended up doing 30 minutes. 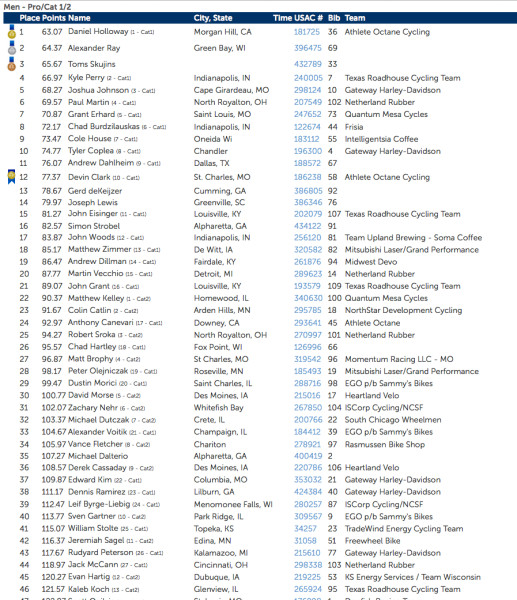 42 thoughts on “Broken Hip and Pelvis, but it could be Worse”