Yesterday was one of those days that everything just went a little wrong. Maybe it was because I got up before 4 am to drive Trudi to the airport after a hard, hot day on the bike, I don’t know, but nothing seemed to be working well, especially my mind and body.

Anyway, I thought should change the oil in my diesel van. It takes 15 quarts of synthetic oil and by the time you add the new oil filter, it comes to about $125, that is doing it myself. So, it’s about a 10 minute job normally, but not yesterday.

When I got the van a few years ago, the oil plug was partially rounded. So, everytime I removed it, I pay close attention to get the socket on straight and tight. But, not yesterday. Yesterday I just fuckered it up more. And more. I soon realized that I wasn’t going to be able to use the 19mm anymore and the plug was toast. So I went in the garage and got a 24in Rigid pipe wrench to remove it. I got the jaws of the pipe wrench on the plug pretty good and couldn’t believe it wouldn’t come out. That just rounded it more and more.

I sprayed some rust penetrator stuff on the bolt, since it is a steel pan, steel bolt, sans copper washer, and let it sit. I got the pipe wrench on it again and nothing. So, I go downstairs and get the Dremel tool. I took the Dremel and cut the plug to a the size of a 18 mm socket. I tapped it on with a hammer, had a pretty good feel for it and then, nope, it just spun.

Finally, I just ground the bolt down to the size of a 17mm extractor I had. I’m not sure if it was removing the metal that was rusted to the pan or what, but the extractor removed the plug. I haven’t changed the oil since I drove the van up to Cable over Christmas, and that place is white with salt, but come on, that was ridiculous.

I went to the auto parts store to buy and new plug and couldn’t figure out what size I needed. I think it was a 14 x 1.25 pitch, but it didn’t look right. Anyway, I finally called the Ford dealer and they had a plug for $9, so I just drove there.

I got the plug and had the destroyed one with me and when I went to the cashier woman at the dealership, she knows me, she said something about it looks like I had some trouble getting it out. I told her that is is so weird how a 10 minute job can turn into a 2 hours job. And I got no satisfaction out of it at all. I told her the plug has been screwed up since day one, but I blew it initially.

She said it was patience. That the older we get, the less patience we have. We don’t do things as precisely as we used to because we lack patience. I agreed. Plus, I added I didn’t get much of a sense of accomplishment from solving the problem because I knew that I was going to get the plug out.

20 years ago I would have thought of the whole thing as a learning process and really taken some pride in solving the issue. I wouldn’t have thought of it as a waste of my time. I wasn’t patient from the start and that is what started the whole load of extra work.

Patience applies a lot to bike racing, especially when you’re racing alone. Since an individual rider doesn’t usually have a ton of impact on the whole race, that rider needs to allocate his/her energy very efficiently. I’ve met a ton of very, very talented athletics, that raced bikes, that didn’t have any patience. They never got to the next level because of it. They used all their energy, some of it just nervous energy, but most of it real, expended energy, on stupid moves and early breaks that had little chance for success. I felt bad for them because they didn’t have any ability to rein it in and just let the race play out as it normally would. Their impatience made it nearly impossible to get a result.

Anyway, it seems now like I’m always behind doing things. I’m not sure if it is just a perception or I am really behind. I’d think at this time of my life, I would have less stuff to do. It always seems more stuff to do. Maybe I just want to do more stuff, so there is a longer list, I’m not sure, but whatever the reason, the list just keeps getting longer. And I don’t have the patience, it seems, to just do things half-assed. I think I used to be able to decided what needs to be done perfectly and what just needs to get done. Now, when I do something, I want to do it exactly the right way, even if it doesn’t matter than much. Eventually, I just run out of time and do it mediocre because that is all the time I have left to do it. It is frustrating.

Okay, now that I have all that down, I can take a deep breathe. It didn’t help much that I nearly completely fell apart on the club ride last night. I finally just sat on and when they went hard at the end, I sat up. My legs didn’t feel that bad, I just had no energy. I probably need another rest day, off the bike, but sometimes those don’t really turn out to be rest days. Most my projects involve a big amount of physical activity. And the ones that don’t, I tend to just ignore.

Below are a few pictures of the drain plug, so interesting to me and no one else, plus a few old time photos I got from Jim Safford. He’s been taking photos for a long time and said he would send me some more after the Tour of California. I really should get all my pictures and slides turned into digital sometime. 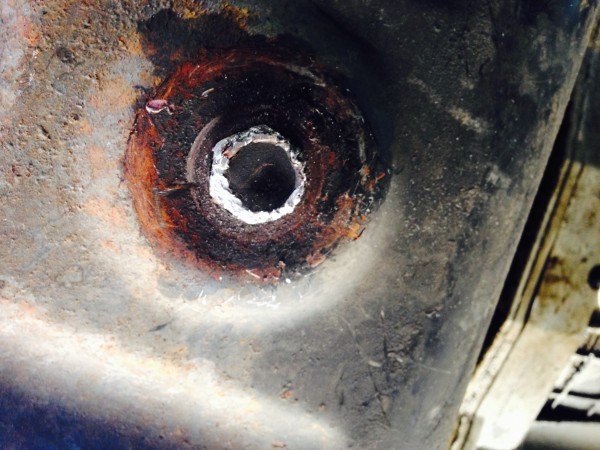 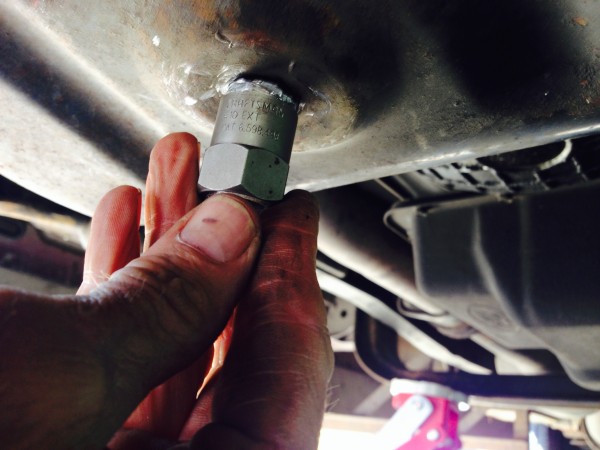 Extractor that ended up working. 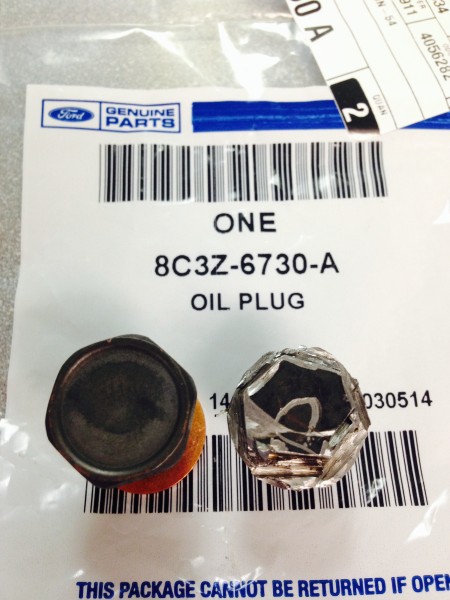 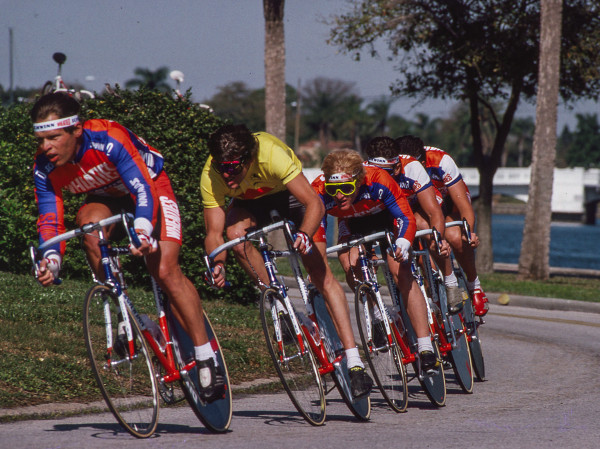 This photo is from the Tour of Americans. It’s a team time trial, obviously. I was winning the race at this point. I ended up 2nd overall to Davis Phinney. 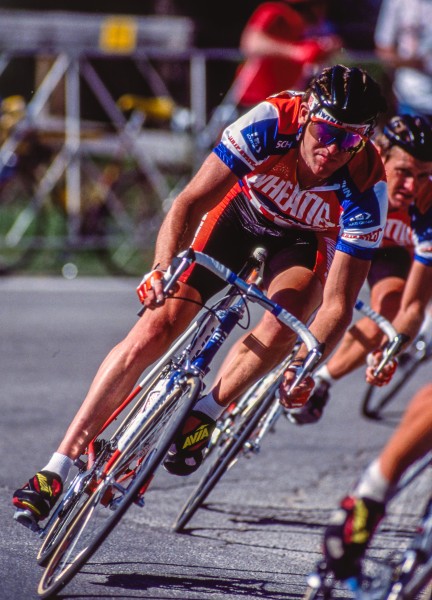 I guess this is from the Tour of Texas. That is Chris Carmichael behind me. 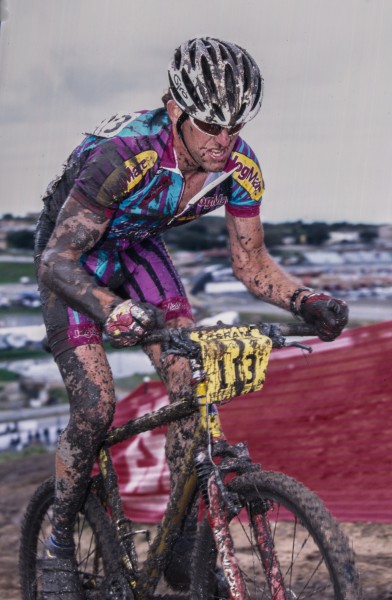 This is from Sea Otter, late 90’s. Seem a little muddy. 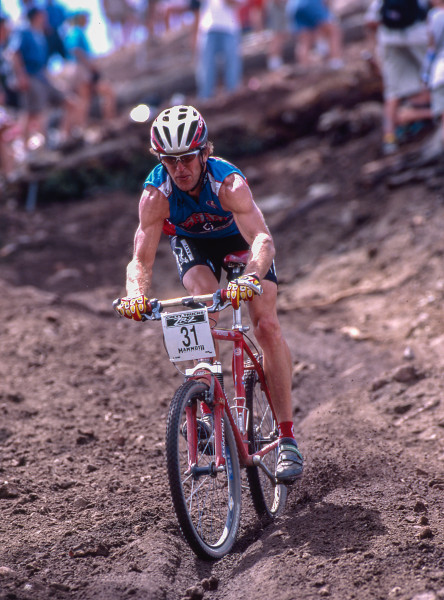 This is from Mammoth, early 90’s. I look a little scared. This wasn’t an easy descent.