Yesterday was long. I got up before 5 to head over to Lawrence. Bill and I actually drove half way because we really couldn’t ride the whole way and make it in time for the 8am start for the time trial.

I need to make this short, since I’m short of time once again today. The time trial was a disaster for me. It wasn’t for our TradeWind Team, because Brian Jensen won it. But, I rode the exact same time in the race as I rode pre-riding the course 15 minutes earlier. It is really embarrassing.

Two, maybe three things contributed to the fiasco. One, I was freezing the whole morning. I didn’t dress warm enough to ride to the race and it was in the upper 40’s, but way colder in the valleys, so I froze. Two, I rode way too hard up the hill the first time and kind of burned my lungs. They are burning and the allergy count is off the charts, so I should have realized I can’t do that straight away. And three, I screwed up my shifting. Like, I didn’t know what gear I was in the rear. It is an 18% grade at the top and I thought I was cross chained in a 53 x 25 and it turned out I was in a 23 in the back and didn’t realize I had another gear until about 30 meters from the line. I looked at my Strava report of the “race” and I was doing just about 60 rpms for a good bit before the top. WTF? I have no explanation other than stupidity. Brian was only 11 seconds faster than me, but that was enough time for over 15 guys to be between us.

We really didn’t have a plan for the criterium. It was a pretty good race, even though it might not of looked that great watching. It was moving pretty good all day, with lots of animation. It came down to a field sprint and a lot of people got their wires crossed I think. I was going to lead out Brian, but realized that there was a fair chance he wouldn’t be with me. The sprint was a swervy deal, tailwind. I got kind of buried, but Brian was still on me 2/3 of a lap to go. I knew that the last corner, everyone would drift wide, leaving a chance to move up. Right when I was planning to move up, The Kaos guys from Nebraska, mainly Lee Bumgarner, came up on my inside. I back out and got behind Lee, but he was boxed in, so I just decided to go for it 400 meters out. I was just hoping that Brian was still behind me. But, it wasn’t to be. I led until about 50 meters from the finish and Jacob White, Elbowz, and Lee too, both blew by me. I barely held on for 3rd and a 4 second time bonus. Big deal. I can’t really sprint with a tailwind very well. As soon as I have to sit down, I’m done. I’m much better uphill.

Anyway, I rode the 25 miles back to Topeka and completely fell apart. It got pretty hot out and I didn’t have hardly any water. I had to stop 5 miles out and get a coke and fill my bottle with ice water. Man, temperatures sure play a huge roll in athletics.

Today we’re doing a 90 mile road race around Lake Perry, a reservoir between Topeka and Lawrence, a little north. It’s right around 30 miles a lap and it is fairly hilly. It is going to be pretty hard with only a 30 rider field. I might be carnage. It just depends if it gets windy and how fast it gets up to 90 degrees. The race starts early, so it shouldn’t be that hot before we’re finished. I have no idea how I feel. I was pretty wiped out last night. I had 90 something miles yesterday and, like I said above, fell apart riding back, so that wasn’t good.

I hope to be riding good today, or at least good enough. I should be okay. 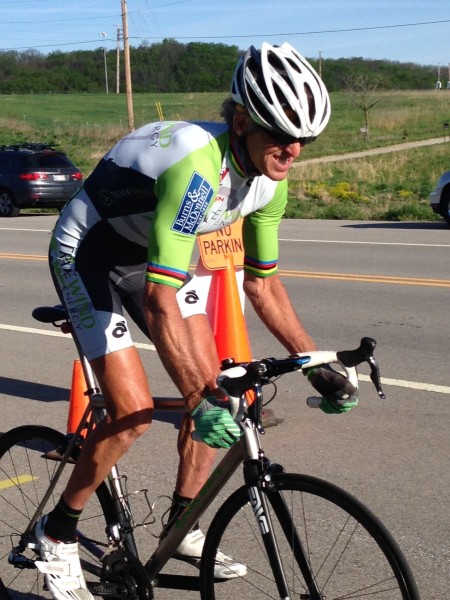 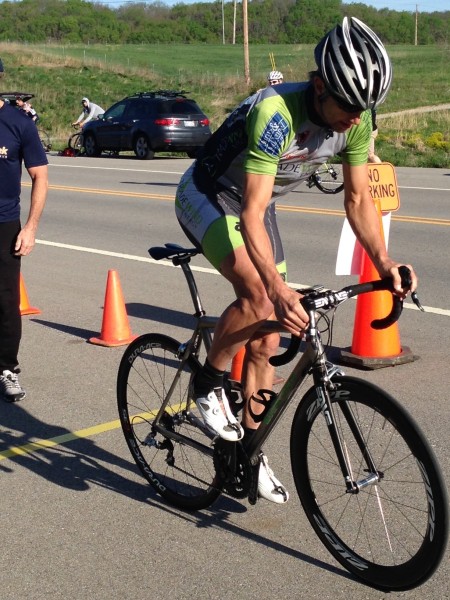 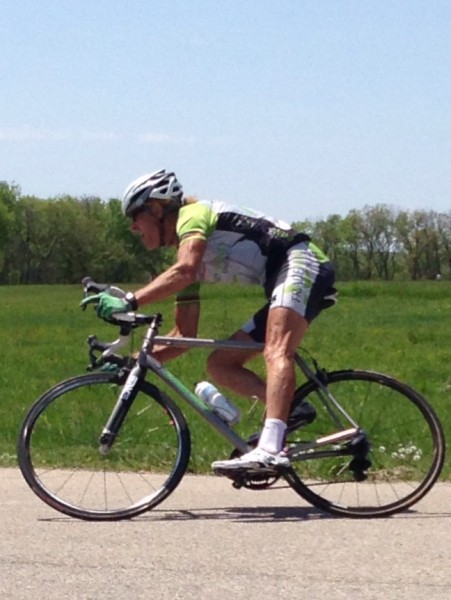 Trudi took this photo at the criterium. 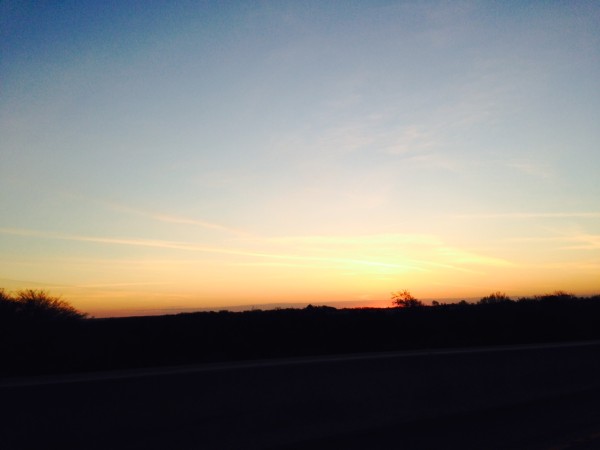 Bill and I got on our bikes right about sun up. 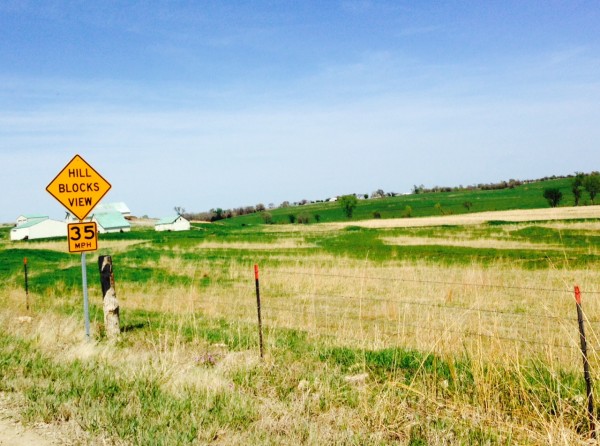 Even though I felt like hell, riding back, mainly on gravel, was wonderful. I though this sign was pretty unique. 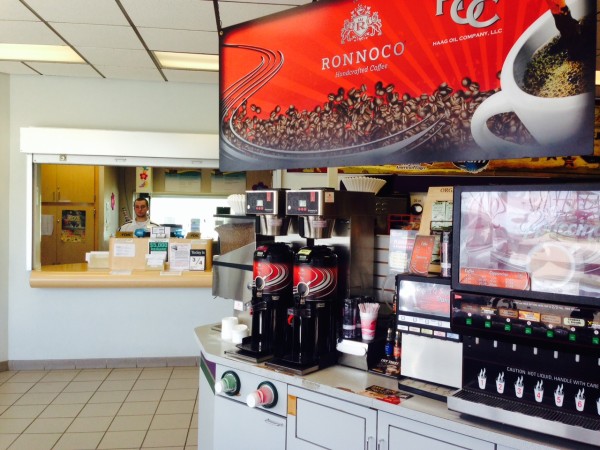 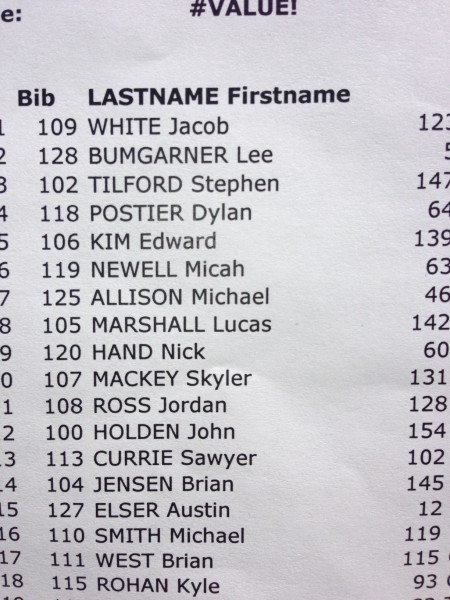 Results from the criterium.

One thought on “Velotek GP Day 1”