Yesterday could have gone better. But, I’m trying to shake it off and just get on with it. I was hoping to ride 15-20 seconds faster than I did. I rode 9:18, which wasn’t even close to what I felt I should have done. I’m not sure what I did wrong. Maybe started too hard, or maybe allergies. All I know is that when I got about half way up the hill, I could hear my breathing, a little wheezy, squeak with every breathe. That kind of rattled me. But the lung burn was worse.

The morning was pretty stressful. The drive from Topeka to Fayetteville was through thunderstorm, after thunderstorm. I didn’t think I was so stressed out until I got out of the car in Joplin, Missouri and felt all twisted up. Plus, I only slept 5 hours. I was planning on sleeping over 6 hours, but the thunder woke me and I thought that I should pack up and use the extra hour just in case the driving was super slow. It was slower, but not that bad. I got here with plenty of time to spare.

I thought I warmed up good, but I must not have. That is one thing about getting older, it takes so long to get going good. I used to do some much better in the time trial when it was held after a 100 mile road race. I could ride it better, for sure, after tomorrows road stage.

That being said, I’m not really going with allergies because it had rained earlier in the day and that should have taken the pollen out of the air. So, I guess I have to go with that I don’t know how to pace myself for 9 minutes uphill. I rode pretty exactly 400 watts for the 9:16. That is the highest wattage I’ve had for that time period since I’ve had a power meter. It was 5.65 watt/kg, whatever that means.

I rode up the hill a couple times before I raced it. I rode it just medium hard and did a 9:52. I don’t understand how I can only ride a little over 30 seconds faster when I’m going as hard as I can. This sport is fickle.

I was talking to Frankie Andreu and a guy came riding up and Frankie asked how it went. He said horrible. That his power meter crapped out ride before the start and he had no idea how hard to ride. Both Frankie and I just said something like, wow. But, like I wrote above, I obviously didn’t know how hard to ride either, so I guess I’m in the same situation, just a different boat.

Today is 110 mile road race at 2:00pm. I caught up on some sleep, so I hope to be fine. I’d like to go out for a ride this morning, but I don’t really see any reason to add more miles into a moderately long day already. It is not supposed to be so hot today, just 80, so that is good. On Sunday, for the criterium on the hill, it is supposed to storm all day. That is always something to look forward to. 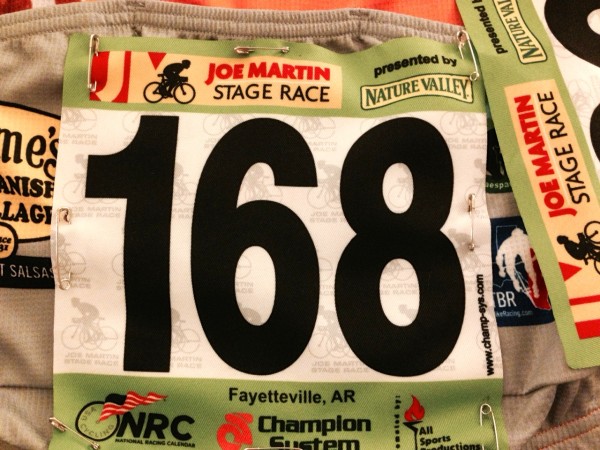 The numbers at Joe Martin this year might be the nicest numbers I’ve ever pinned on. I told the promoter, Bruce Dunn this. They are made of cloth and are very artsy. 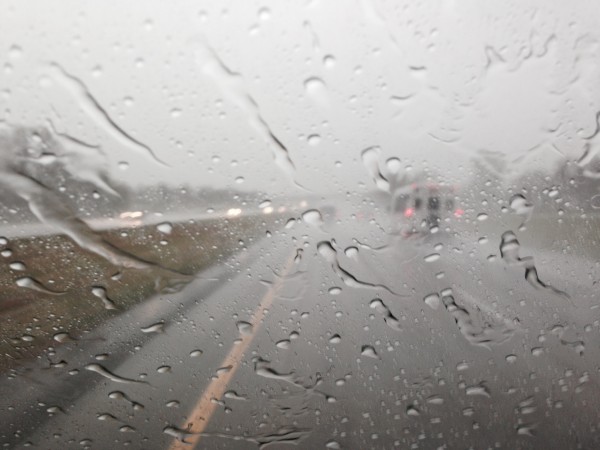 Driving to the race was sketchy. 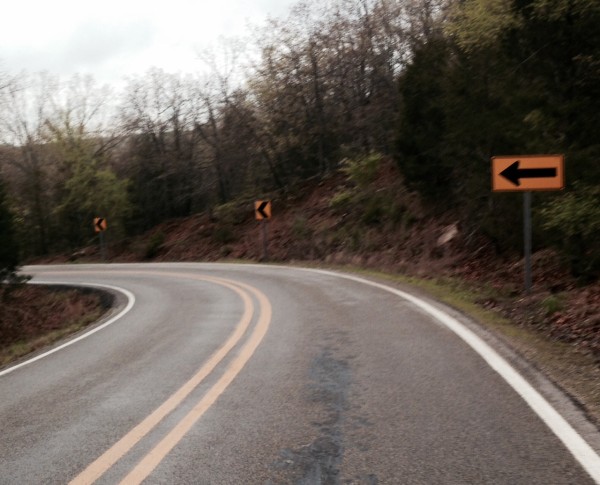 This was the corner that I fell on two years ago. 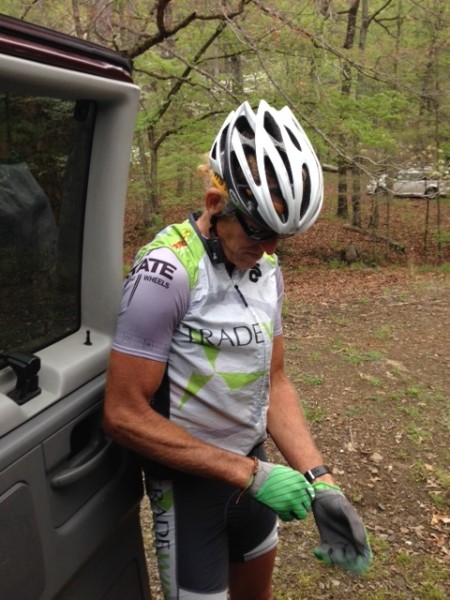 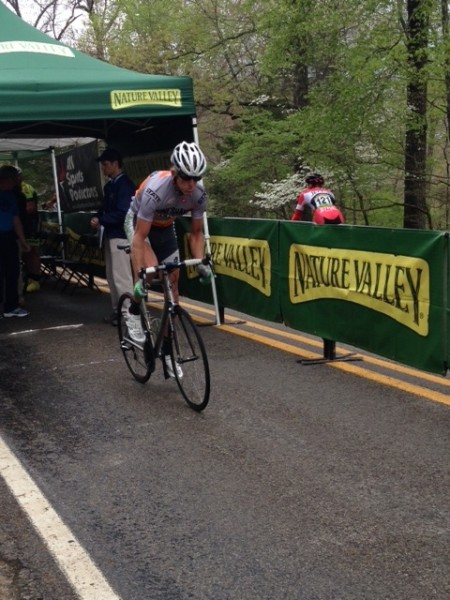 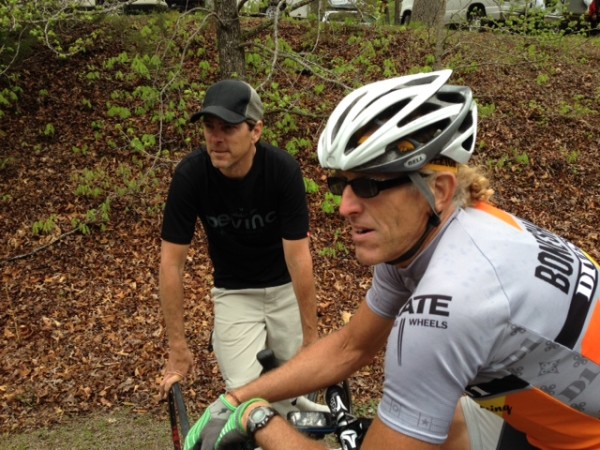 Talking to Frankie after the race. There must be something pretty interesting to see here.