Yesterday was the 2nd day of the Matrix Challenge. It was held on the same course in Garland, but they switched it up some and made the course even more technical. The longest straight was the start/finish line, which was maybe 150 meters long and other than that, it was very twisty.

Bill and I rode to the race from White Rock Lake. It was only 15 miles, which was shorter than we’d anticipated, so we got there way early. It was pretty hot when the sun came out, but clouds were moving in, so heat really wasn’t an issue.

I felt much better yesterday than I did on Saturday. It was really windy, so the race was continually breaking up. I was trying to hover near the front of the race, but like bike racing goes, sometimes got rotated back. The problem, or a by-product of a parking lot type criterium is that the field tends to be single file a lot more than with a more regular criterium. There is always a short aspect to a corner and the led rider tends to take the shortest line, so the field tends to be really strung out. The wind just added to this.

Anyway, eventually 4 guys rolled away. Stefan Rothe is never happy not hammering off the front, so he was there, of course. Bret Crosby bridged up by himself, so the break was dangerous because Michael Sheehan, from Boneshaker was already there. I knew that Heath Blackgrove wouldn’t be happy with the mix, so I assumed he’d be launching up there. But, I missed it. Stupid Steve. When I was flailing around in front of the field, Tristan Uhl came blowing by and I missed him too. That was it, 6 guys and no one left to chase. I was in a small group of 5, but we were losing ground. Eventually we were reabsorbed by the remainder of the field.

The break just hovered ahead, but their lead was secured. Bill got in a small move with 4 laps to go, but they never really got too far ahead of us. With just 1/4 lap to go, Jason Wadell jumped and I chased. We caught the back of Bill’s group right at the last corner. Jason got past a few guys, but I started at the back. So, Bill finished 11th and I finished 12th, the last two paying places. A little consolation.

I finished much worse than I felt, but that happens all the time in bike racing. The day before, I finished better than I felt, so it’s probably a wash. I am glad that I have some sort of form. I was a little worried I was in a real funk. Now I just think it is a partial slump.

We went by Sue’s mom’s house in Richardson and showered and then started the 500 mile drive back home. Within 30 minutes we were in a heavy thunderstorm with an inch of standing water on the interstate. So, we drove about 60 miles during the first 2 hours. That made us get back closer to 1am than 11pm.

I’m not sure what I’m doing this week. Brian can’t race Joe Martin, so I can’t do the Pro race there. I might do the 1/2 race or maybe go to Hillsboro or maybe even Iowa City. I heard that Hillsboro only had 18 guys preregisterd in the Pro 1/2 race there. 4 women. The field used to fill at 125. Man, our sport knows how to shoot itself in the foot continually. Why can’t they get some sort of scheduling figured out?

Okay, I’m going to try to catch up on sleep some now. 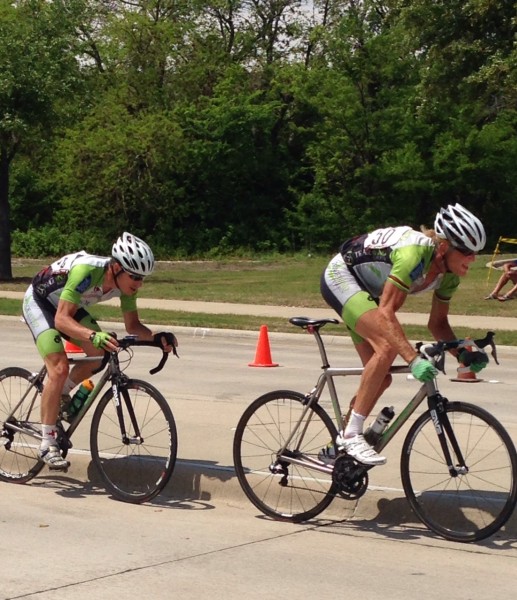 Bill was always following me around yesterday. He did beat me by .02 seconds. Team bragging rights. 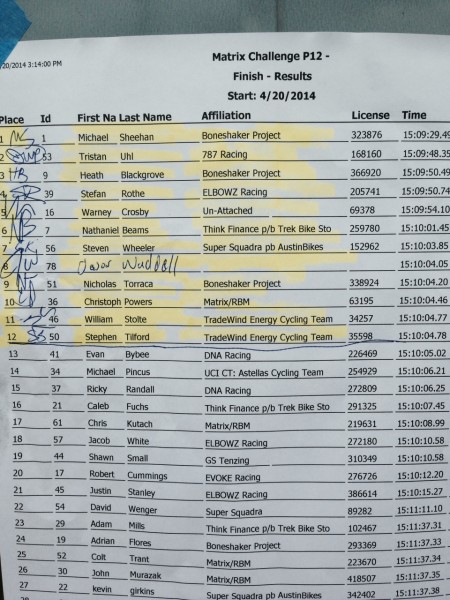 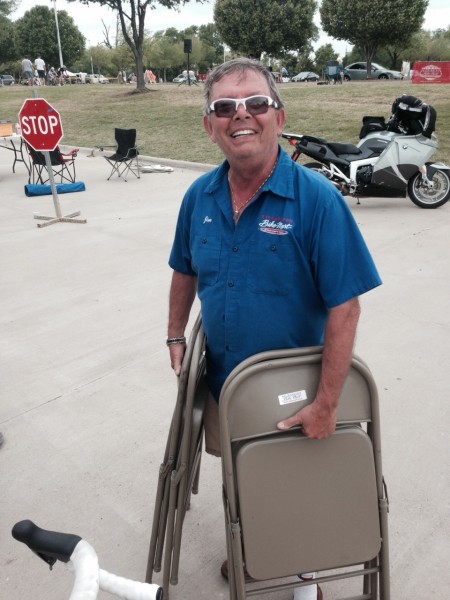 Jimmy Hoyt, czar of Richardson BikeMart. He doesn’t just sit around at the events his guys promote. He gets down and dirty. 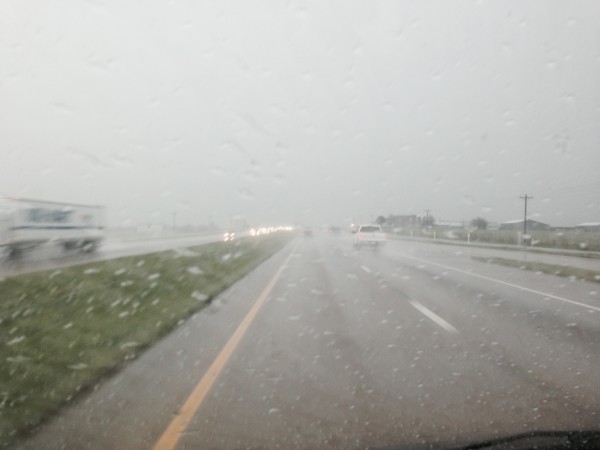 We had to drive through this for the first two hours. Lots of back up and road construction too. 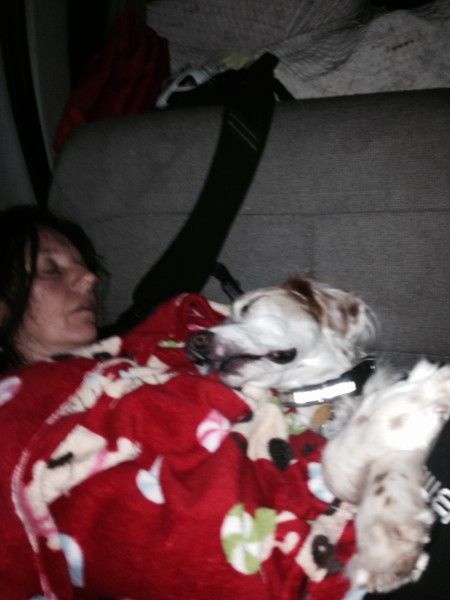 Trudi and Bromont aren’t short of sleep today. They slept most of the way back to Topeka.