I drove up to Orange County and meet up with Mr. Donkey Label, Paul Krumrich. He is out here visiting an ex-college roomroommated riding a bit. I know Paul from Minneapolis/St. Paul. Hollywood has his shop in a building that Paul owes. Paul is just playing around, more than playing around, with making some cool cycling clothing and embrocation-type products. He’s one of those inventive types.

I met him at the Starbucks in Laguna this morning for a ride and rode up to Newport Beach. Man, once again, there is no place on the planet that has as many high end automobiles as Orange County. 100K+ cars everywhere. It is amazing. We met up with some of his friends at Sidecar Donuts up there. There was a line out the door. I never got in. Paul’s friends has already ran 17 miles and had a bunch of donuts already. I had a piece of a maple/bacon donut and a few others. Man, hot donuts are awesome.

Laguna is jammed right now. It is a tourist destination for sure. Great people watching. Between the people that really live here and the visitors, it is pretty strange. At least to a guy from Kansas. The beaches and ocean is unpaarelleled though. Super beautiful.

Trudi has been hangin in Sicily, on Mt. Etna, doing a high altitude training camp with the BMC guys that are doing the Giro. She had been there a week and last night took an all night ferry back to Italy, mainland, and is driving up to France for a stage race. Then she is doing Paris-Roubaix and she is done with her stint over in Europe. She stopped in Genoa to visit my friend Sara and her daughter, Yo. She had a very good time.

I’m driving over to Redlands this afternoon and watching the stage today there, then racing the criterium tomorrow. It is supposed to be in the upper 80’s, so that is going to be a shock to the system. Plus, I haven’t been doing any intensity for 3 weeks, so to might take a little to get used to. It should be fun though. 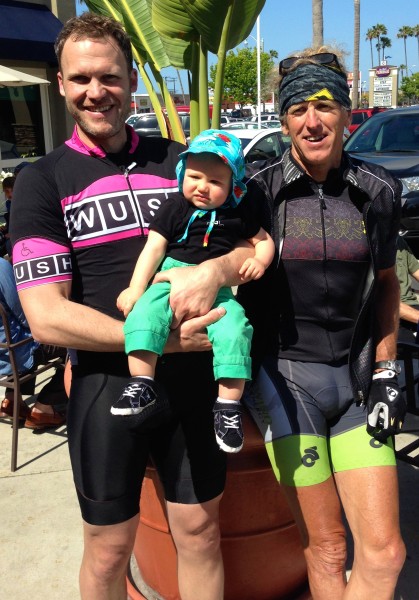 My, Paul and his kid at Sidecar donuts. 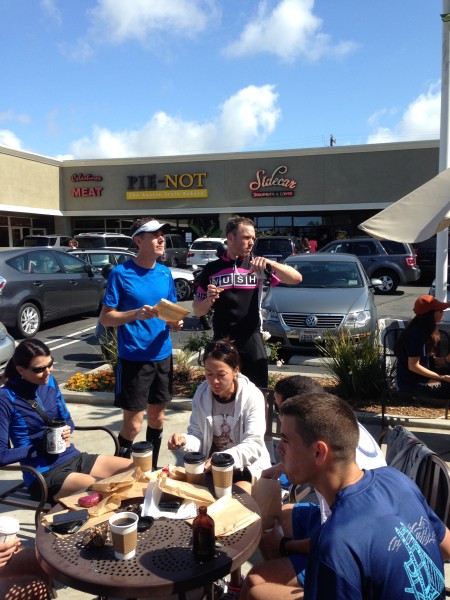 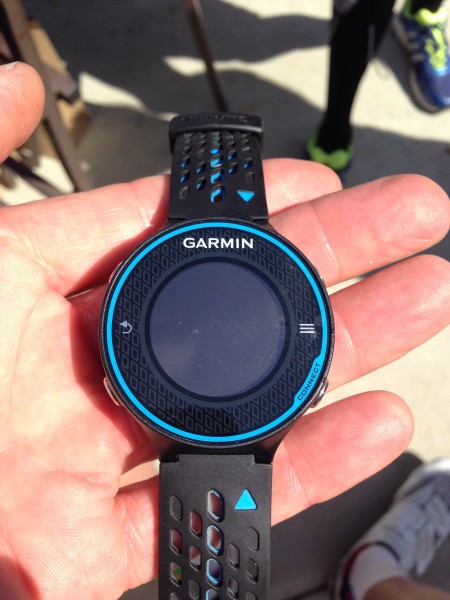 The Garmin of choice for running. 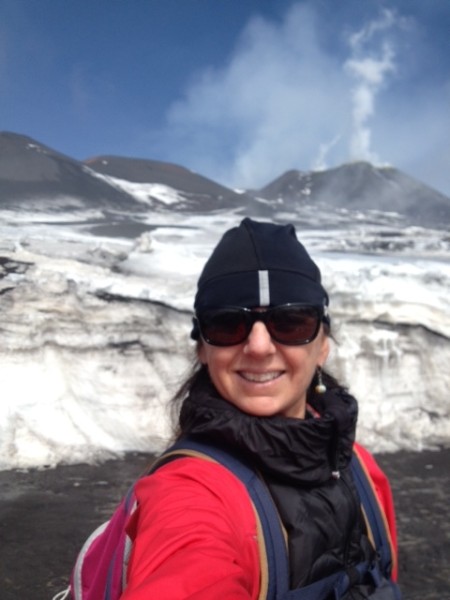 Trudi up on the volcano in Sicily. 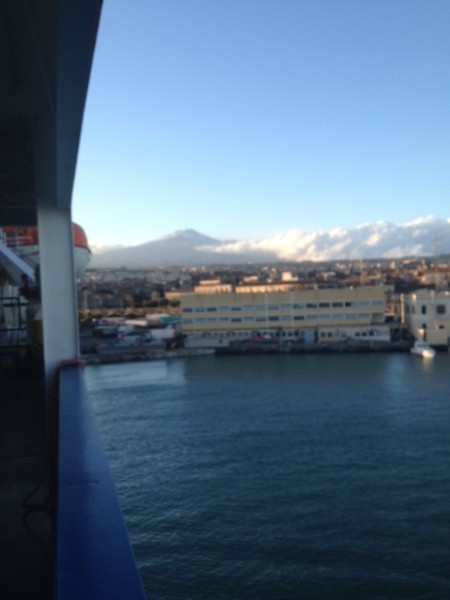 Photo from the ferry. 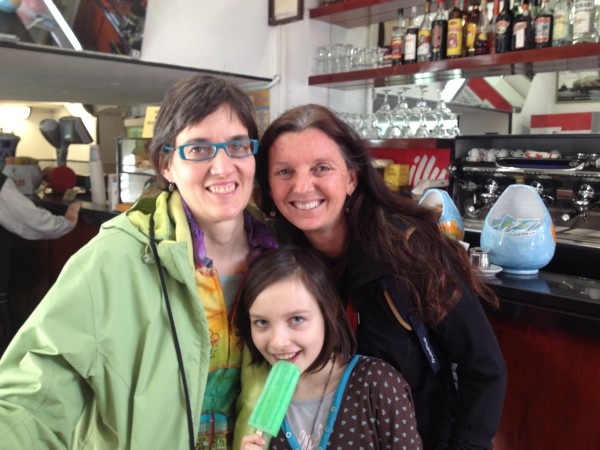 Sara, Yo and Trudi in Genoa. 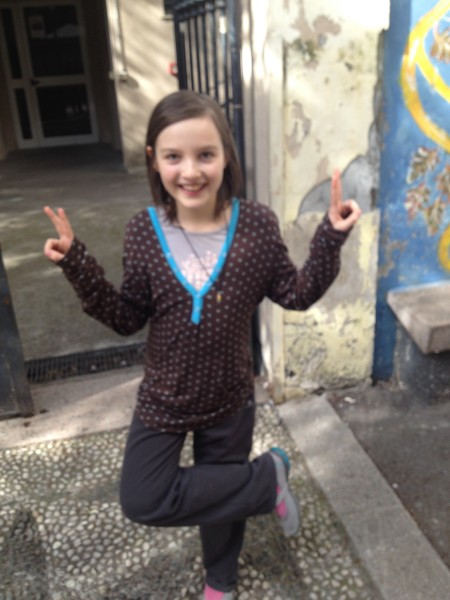 Yo, being very cute, as she is. 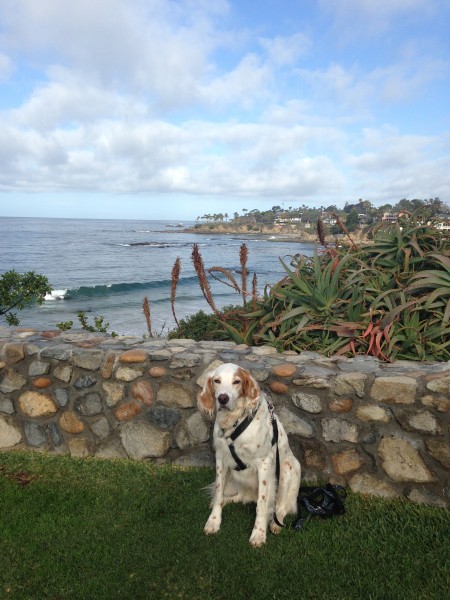 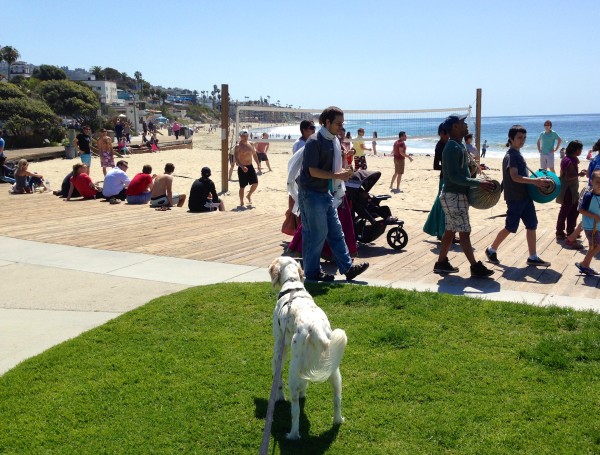 Bromont watching the beach volleyball guys, while the Hare Krishna singers stroll by.