Yesterday, Vincent and I headed out for a long ride. I’d looked at Google Maps and tried to estimate how long it was going to be, but couldn’t figure much other than around 100 miles. Since Vincent’s longest ride of the year was on Tuesday, which was 72 miles, I didn’t want it to be crazy long. Plus, it was going to be a lot of climbing the first 50 miles.

We both had our issues early. First, I was wearing new shoes with new cleats and they didn’t seem to be in the right position. So, we had to stop while I messed with them. Then climbing out of La Jolla, Vincent’s front derailleur wouldn’t shift. He climbed the super steep climb by Birch Aqaurium in his big ring, which hurt me, and then we looked at it. I was pretty sure the wire had just pulled out of the shift lever. And I was right. If you put any tension on the wire with the bar tape, after you plug it in, then sometimes it will pull the wire out of the shifter. Easy fix.

Anyway, we meandered our way up towards Escondido. We were going to take a road called Bear Valley, around Escondido. But we sort of got screwed up somewhere and headed out West on Hwy. 78. That was a wrong turn.

Up until this point, both Vincent and I felt alright. I am sort of just riding so/so the last week, but so/so is better than bad. I might just be tired, which is fine too. Anyway, we recognized that we were off course and tried to take a secret road through an avocado ochard back over the hill. That didn’t work, but we did find a bunch of oranges that were laying on the side of the road. I ate two, Vincent only one. We were only about 40 miles into the ride and I didn’t realize that I was sort of iffy then.

So, we turned around and got back on track. We climbed up to Lake Wohlford, which is a 2 mile climb. Vincent started up the hill faster than I thought he should be riding at this point into the ride. He pulled most of the way up the climb, then I pulled into the headwind towards the top. I think it was about at this point that Vincent started falling apart alittle, but I’m not really sure. I do know this is where he started sitting on.

We had to ride back West into a pretty stiff headwind all the way to the coast. Something like 25 miles. We were weaving our way through little valleys and climbs, so it wasn’t always direct headwind.

I was just steady state at this point. The only water I had used was to wash my hands after eating the oranges. We finally got back to 76, which has a bike path that goes to Oceanside. The wind was pretty directly in our faces. I was riding around 20 mph into the headwind and Vincent hadn’t spoken for a while. Pretty soon I noticed that he wasn’t there. He was way back. I waited and whenever I got above 15 mph, he’d disappear. Finally he said that he was just going to ride slow until he felt better. I was thinking that if he didn’t start feeling better, it was going to be 4 hours back.

I told him that it was only 4 miles to Oceanside and we’d get something to drink there. He’d already eaten a Cliffbar and by the time we got to Oceanside, he was going much better already.

We stopped and got a Gatorade and I ate a Snickers Bar. All day, my legs had been not good. Like they were really stiff and sore. When we started the last 30 miles down the coast, it was a pleasant surprise that the wind was a little from the North too, instead of being straight sidewind. Vincent was back by this time. We were cruising down the coast over 20 mph. I didn’t realize that I was having an issue sitting on my seat until I noticed Vincent was standing way too much. I asked him what the deal was and he said his crotch was killing him. Then I realized the same thing.

I don’t get how you can be riding 5 or 6 hours one day, with no issue and then the next time the pressure/or whatever, changes and it doesn’t work too well. I think it is a cadence deal. Or pedal pressure deal more exactly. Higher the cadence, the more pressure on your seat.

Anyway, I was still just so/so. My left leg had been not good all day. Then, all of a sudden, about at 100 miles, my left leg started working. I had full power pedaling, sitting on my seat. It was a nice surprise, but I sure hope it doesn’t take over 5 hours for that to occur always.

Vincent was good all the way back. The last 30 miles he was fine. We had 115 miles for the day, which was 15 longer than I’d anticipated. But, when you’re back, it’s all good.

I don’t really bonk anymore. I just get tired. Vincent obviously can still bonk. Whenever I go to the point where 10 mph is my speed, historically, I rarely come back to the level Vincent did. It was just a nutrition deal for him.

I haven’t been eating or drinking much riding recently. Not sure what that is all about, but today I might take some more food. I know I have different thoughts about hydration than the average athlete. I’m going to do a post about that soon, so I won’t address it now.

We’re going to head out on another longer ride. We’re going to ride some dirt out where we were riding yesterday. I like exploring like that, so it should be fun. 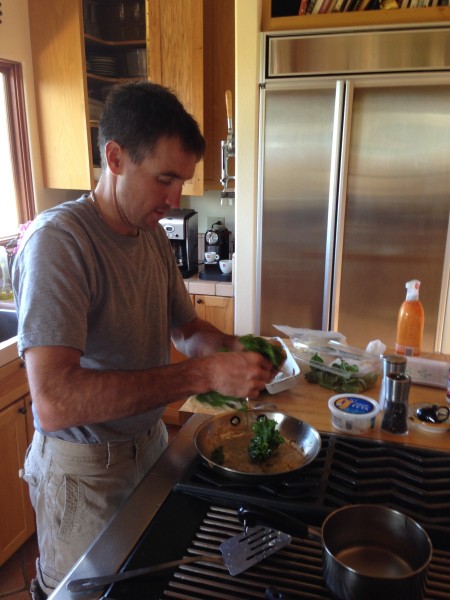 VIncent cooked me some eggs before the ride. 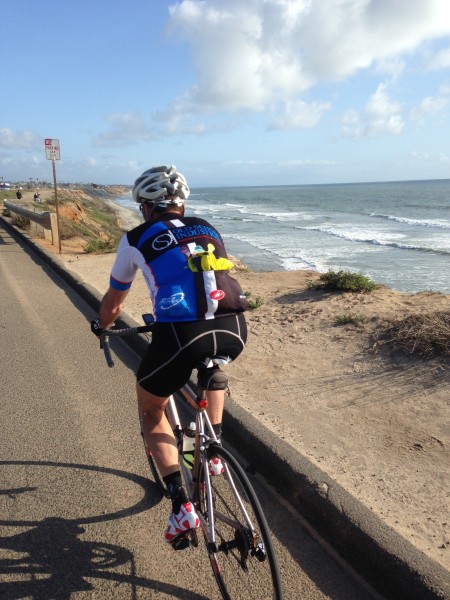 Riding back along the coast by Carlsbad. 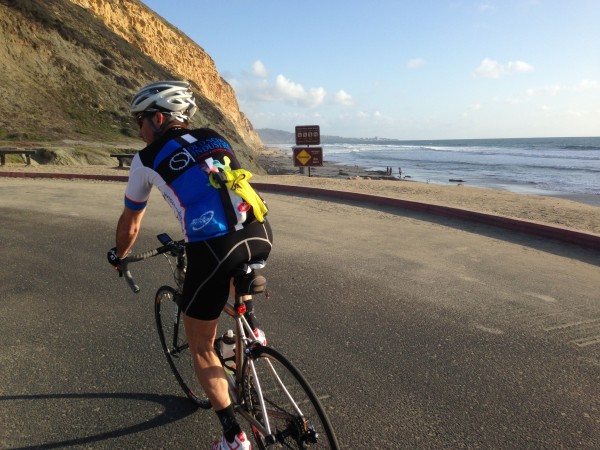 I was a little worried that Vincent was going to throttle it up the inside climb of Torrey Pines, but he didn’t. 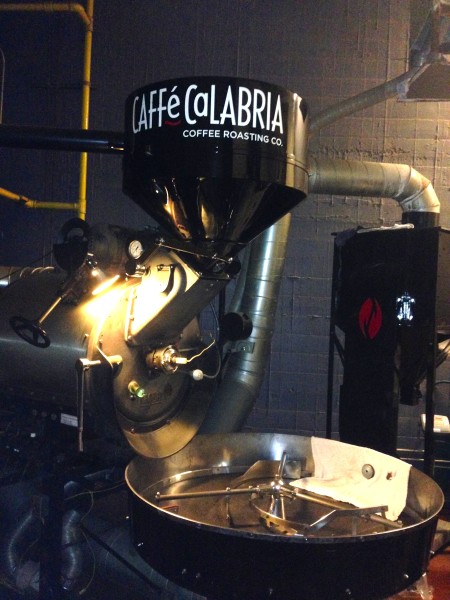 We ate dinner last night down in North Park. We got a tour of the coffee roasting business in the back of the pizza restaurant.

12 thoughts on “Undulations on any Given Day”