I don’t very often ride with people that don’t race bikes. It’s not that I’m an elitist or anything. It’s just not a normal thing that I run into people that are fit enough to ride a hard ride, with lots of climbing and not race. But out here in Southern California, there are a bunch of people that train like they are training for racing, but just don’t race. Some of the guys raced previously, some never, but all were completely into the sport and rode like bike racers.

And I found the experience uplifting. It is a completely different vibe on a ride. The people are riding for themselves, pure enjoyment and, what is common for racers too, the camaraderie. The conversation on the ride is much different than riding with a bunch of Pro 1/2 guys. Way more normal, current world topic conversations. Hardly any bike race talking, which was nice.

Sports teach people life lessons. I think that is what is most important about being emerged so deeply in cycling. I get personal rewards by racing bicycles. I get to test myself, against myself, to see if all the “hard work” is paying off. But, these guys, that don’t race, they don’t need that. To me, it seems, they do it for a more pure reason. They don’t need the self gratification that racing provides sometimes.

We rode from Vista up to Deluz and then back through Rice Canyon, Couser Canyon and then back. It was about 70 miles, with close to 7000 feet of climbing. Spy puts on a ride at the end of April called the Belgian Waffle Ride. It goes through this whole area and does something like 11K feet of climbing in 130+ miles. Lots of dirt, sand and pavement. I’m sort of thinking about coming back out here to experience it.

Anyway, if you don’t ride with non-racers, you should make a point of doing it as often as you can. And if you don’t race, you should go out and do the local racing club’s training ride every once in a while. It gives both groups a new perspective on the sport we all love.

Okay, the NCAA/KU game is back on. 2nd half. Looks okay so far. 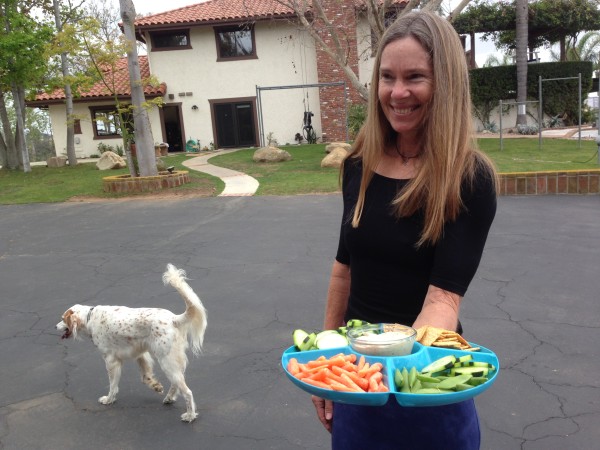 On a “normal” training ride, I don’t usually get presented with a try of treats. This is Patty, who made me an awesome tuna sandwich just a little bit later. 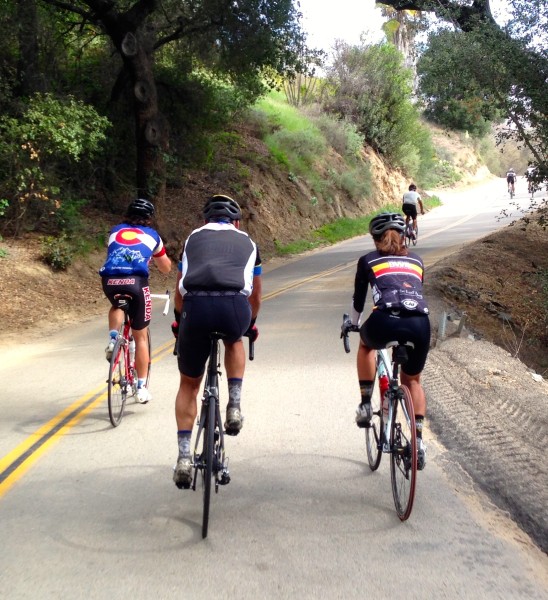 It was a pretty casual pace. On the right is Rhona Quick, who won the Master’s MTB Worlds a few years back. 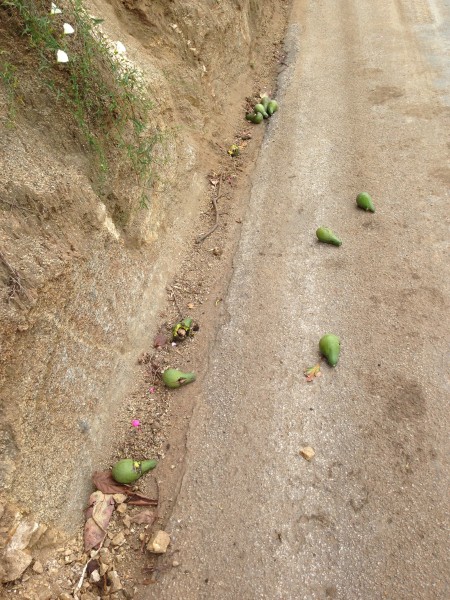 I stopped an picked up a few avocados on the road while climbing Couser. 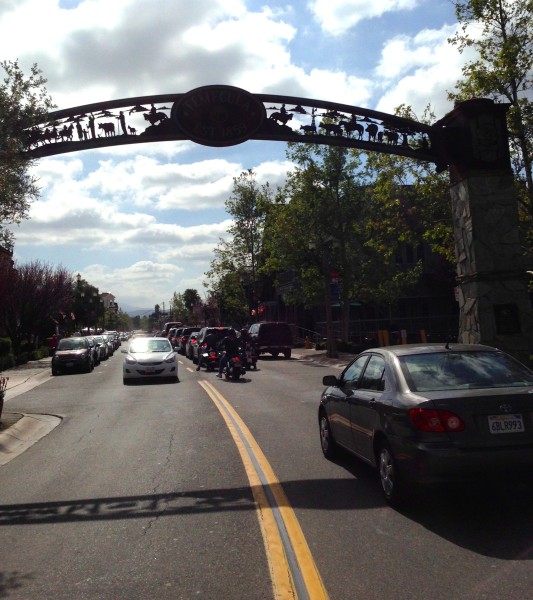 Old Towne in Temecula was jammed with traffic and people. 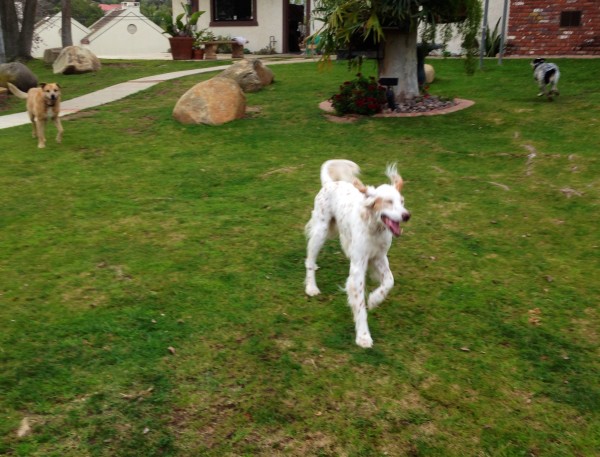 Bromont had a blast at the Ewing compound.

8 thoughts on “Riding with the Non-Racer”