I’m doing two things today that I really don’t much like doing. I’m driving to ride. Plus, I’m riding way too early. But, that is the way sometimes, in these beautiful places that have grown. The better riding is always further and further out.

I rarely, pretty much never drive to ride at home. There is no need for it. So when I have to do it somewhere else, it seems so foreign.

I don’t really like driving to races, even though sometimes I drive more than a day or two to get to one. One of the best things about racing in Belgium is that a very high percentage of the time I could ride to the race, race it and then ride back. Even though sometimes the races were 4 or 5 hours. It is a country made to race bicycles. Small and interesting.

So I kind of get the driving to ride deal. Going where there is better climbing, less traffic, etc. But I don’t get the leaving early thing. It is going to be in the lower 50’s at 8 am. By noon it is going to be in the mid 60’s. I usually ride, especially on the weekends, when it is the best temperature. Plus, I hardly ever race early in the morning. More of my races start at 10 pm nowadays than 7 or 8 am.

There are a lot of choices of what to do these weekend. I was hoping to race, but think I need another longer, slower ride to try to jump start my legs back into reality. Plus, the races are a couple hours north in Los Angeles. I am still kicking around racing tomorrow, a criterium in Ontario. It just depends how I feel riding today.

On a more depressing note, Trudi called yesterday from Europe. She had flown to Nice and picked up a truck to drive to Barcelona for the Volta a Catalunya. She pulled over at a rest stop to use the restroom and when she came back, someone had broken out the window of her truck and stolen all her personal stuff. She lost her computer, a cell phone, all her jewelry, etc. Last I talked to her yesterday, it was late at night her time and she was at a police station filling out a report. She was pretty depressed. She said what bothered her the most was all her stuff was floating around Europe on on its own. I sort of know what she means. It doesn’t belong there with who has it. Just wrong in general.

Okay, it’s pitch dark out, but I need to load up my bike. When it’s all over, it seems okay, but now, I still am rebelling. 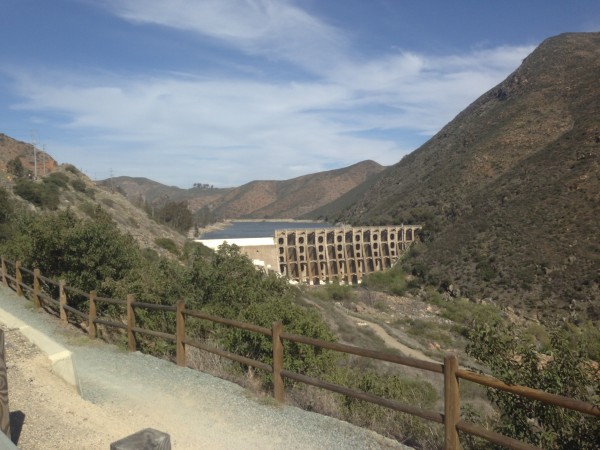 This is Lake Hodges from Del Dios Hwy. Today we’re heading up to San Marcos to ride at Corky’s place. We’re riding Deluz, whatever that is. 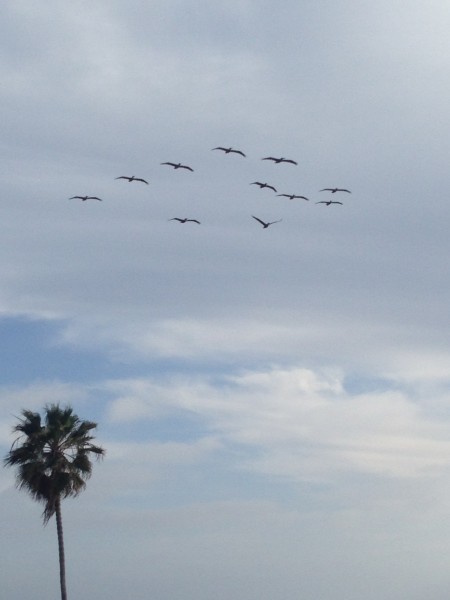 These pelicans were flowing me up and down the coast the other day.

6 thoughts on “Drivin’ to Ride”