One byproduct of me doing this everyday, I seem to be on some list that gets all books on cycling sent to me. A few I have really been meaning to read, but haven’t had enough time yet. I received the book, Cycle of Lies a couple weeks ago, I guess. It sat on my dresser until I packed up to head West. I grabbed it at the last minute.

I’d read an article in the New York Times about the book and there were some quotes in the article from John Hendershot, a soigneur that Trudi helped hired for Motorola, back in the 90’s. Trudi quit the year Lance came to the team. So, when the book came, I flipped through it and read a couple passages from it. From my 5 minute thorough perusing, I’m interested enough to read the whole thing. I can’t say that I agree with all I read, but it is close enough not to be wrong.

Today an article over at Velonews taking excerpts of the book and then having Steve Johnson, CEO of USAC, categorically deny them. I guess he is calling Dave Zabriski a liar, since Dave says that Steve Johnson was cognizant of the doping usage by the US Postal Team back in 2006 and Steve Johnson says that he never had that conversation with Dave. This is probably going to get good down the road. 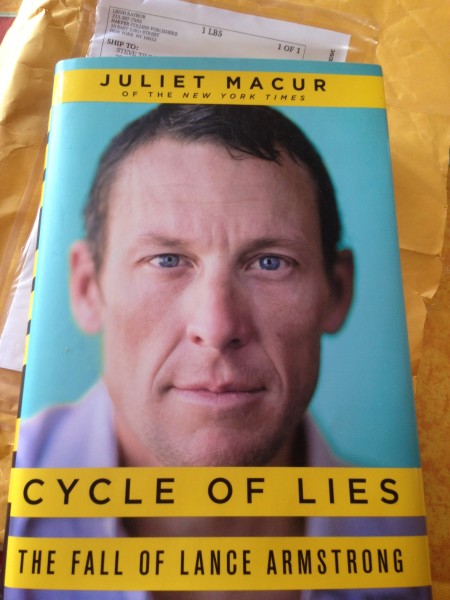 27 thoughts on “Cycle of Lies”