Yesterday was a busy day. I forgot I’d flatted in Texas and needed to glue a tire on to race in the afternoon. Trudi was flying to Europe for 6 weeks and needed to be to the airport by 1:30 and the local criterium started at 3:50.

So, I had to drive to the race instead of riding the 25 miles there and then back after. I got to the race around 2 pm, so had a chance to ride 15 miles before the start.

It was sort of cold, lower 40’s, but I decided to ride in shorts with oil. My right knee is a little sore still and sometimes having knee warmers on exacerbates the issue.

It was the whole TradeWind Energy Team, me, Brian Jensen and Bill. We all missed last weeks race, so we were just going to race for the day and not for the series, even though I won the first race. It was a pretty good turn out again, maybe 30 in the 1/2 race. Windy as usual.

The race started out pretty fast. No matter how much I warm up early season, the first few jumps feel like hell. I had an average wattage at the first sprint of 398 watts, which is pretty high for me. The first points sprint was 9 laps in. Bill got off the front with one other guy and won the sprint. Brian bridged up with 3 others, including my brother, Kris. I thought it was over. I was a little depressed, thinking I was going to have to just sit the rest of the day.

But, no. My breakaway companions from two weeks ago, Joe Fox, Michael Smith and Garrick Valverde were all still riding pretty good and chased the break down in just a few laps. Then it turned into a little bit of a jumpfest. Brian kept rolling off the front on his own, but always alone. I didn’t feel like I should jump up because Brian was winning the points each time he went. Instead I stayed with Bill and led him out for the sprints.

Coming to the end of the race, Brian was winning with 8 points, Bill with 7, then Garrick with 5. Bill took off with Joe Fox with 2 laps to go. Joe had no points, so I knew Bill would win the race even finishing 2nd. I led Brian out for the final sprint and at the finish, there were only 3 of us, me Brian and Garrick.

So Bill won overall, Brian was 2nd and I finished 5th because of the points in the final sprint. We rode pretty cohesively as a team, which was the goal.

I rode with Bill and Kris 1/2 way back to Topeka, then turned around and rode back to the race on gravel. It got dark and cold, but was super enjoyable.

I got back to the van and no one was left at the race. I took Bromont for a long run, in the dark, and he found some deer to chase.

I was pretty cold, but was going to eat dinner with my friend, Jim Thiele, who was in town from Portland. I met him, his wife Barbara, and grand daughter, Allison at a Vietnamese restaurant in downtown Lawrence. I’m not really sure what Vietnamese food is all about, but it was pretty good. It was nice catching up with Jim. He owes the company that makes nearly all the blimps you see flying around the sky. Plus, he races bicycles, on the track mainly now, very seriously.

Alright, there is a road race 25 miles from my house this afternoon. It is supposed to be nearly 60 degrees, so we’re riding there, racing and riding back. Should be pretty good miles and a nice end to a hectic weekend. 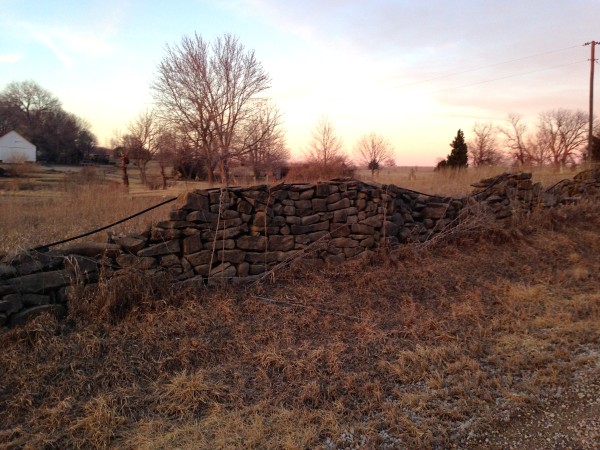 We have a lot of rock wall around Northeastern Kansas. Most were built by German prisoners that were held here during World War 2. 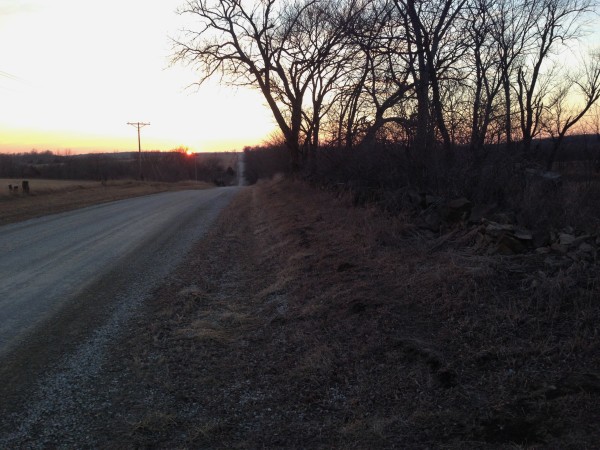 Riding back on gravel was nice. 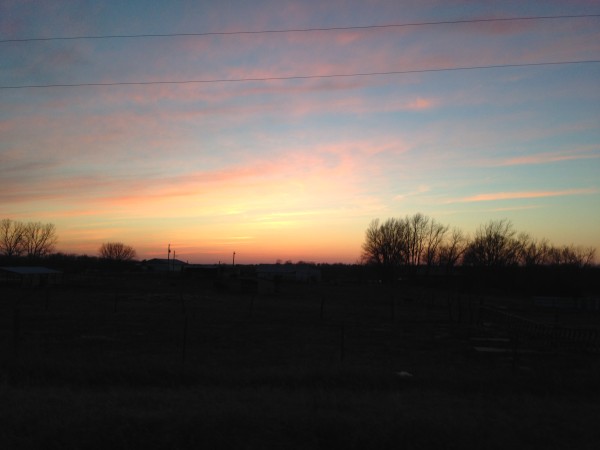 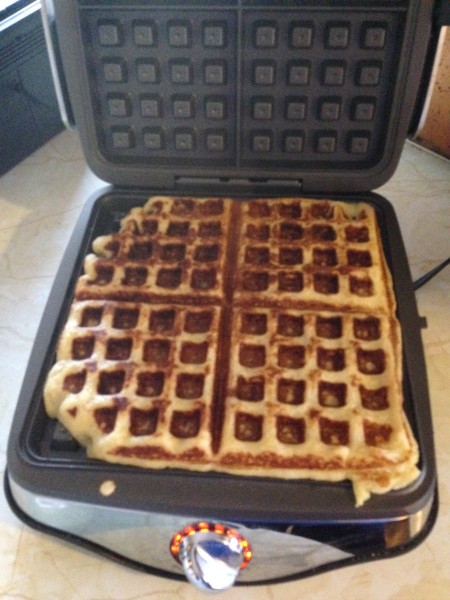 I made the waffle leftovers for breakfast this morning. Preparing for the classics.