Alright, let me state this up front, MTB racing takes a lot more energy than road racing. Anyway you cut it, the sport takes more time and energy than any road race out there. Let’s just forgot the training for a bit, the MTB sport has so many more time consuming aspects that it wins hands down.

Disclaimer, I haven’t ridden a MTB off-road in around 5 months. So, I obviously hadn’t been keeping a close eye on the bicycle itself. My bikes never get too out of race tune, but like I posted a couple days ago, my bike is a bit dates. And pieced together. It is 9 speed, has Trudi’s STX front disc brake caliper and lever, and it just generally a little behind the times. This isn’t any excuse. The bike is good enough. It isn’t the weak link in the chain of things.

Pre-riding the course yesterday was a little demoralizing initially. It took nearly an hour to drive out there. By the time I got there, I had a splitting headache. Let me tell you, pre-riding a rocky, loose MTB course, when you haven’t ridden off-road in months, with a splitting headache, isn’t very fun. I was surprised how bad I was. But, it got better.

After a start lap and one full lap, the headache got better. I got better too. I have experienced this before, horrible bike handling skills that improve very quickly. By the time I was done with the 2nd lap, I’d grade my bike handling as a C-. The problem was I flatted riding around. I felt the latex spray on my legs and stopped pretty quickly. The hole was too big to seal on its own. Luckily Doug Long, a buddy of mine from Missouri, came riding up. He had a plug. So, Doug plugs the hole and puts some extra air in it. It was like having a NASCAR pit crew at my disposal. I was on my way.

On the next lap, I am skidding down a descent and I first feel, then hear latex spray again. The plug had come out, but it was laying right there. So, I take a multi-tool and use a small allen key to push the plug back in. I push it in further this time. Add air, and am off again.

The course is just over 3 miles, I think. And nearly the whole thing is single-track. The passing is not readily available. So, the start is going to be important. After that, it is just snakey. With lots of bigs rocks. I was surprised how flat the course it. There are a few little, dinky climbs, but nothing really. There is one climb that takes minute, maybe less. I haven’t ridden a course that is this flat and short, maybe ever. That’s not saying it is going to be easy. It is very rocky and technical. There are a ton of little accelerations needed. That isn’t something I’m very good at right now. There is really no place on the course to stand up and climb or really accelerate off your seat. That is bad for the home team too.

But, this is a learning experience. I’m just a little torqued today. We started back to Austin after 4:30 and realized that it would put us on MOPAC at exactly the wrong time. So, I stopped and washed my bike and the salt of the Isuzu in Dripping Springs. Heading to Austin, I saw this place called Pieous with a bunch of cars parked in the lot. Trudi looked it up on her phone and it said it was a wood-fired pizza place. So, U-turn and there we were, before 6, eating dinner.

Pieous was great. Simple, home cooked, natural ingredient food, served by super nice and quick people. If you have a chance, it’s way out West on 290, but worth the stop.

So, I don’t have any air in my rear tire as of now. I need to get use of an air compressor to inflate it. I got a bunch of glitter from Doug Long, so that should make the latex way more able to seal a bigger hole. I’m heading over to the course today to get a number and maybe ride one more lap. I have a tendency to get so tired before MTB races by pre-riding, that I’m wasted by the time the race starts. I’m going to try to avoid that scenario today, but you never know. 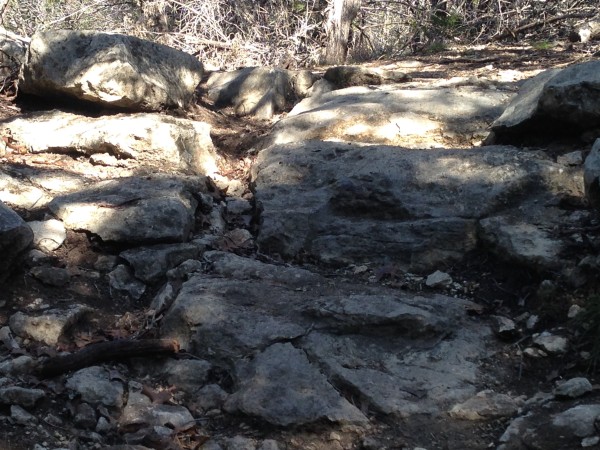 There are lots of legends that you need to climb/descend on this course. 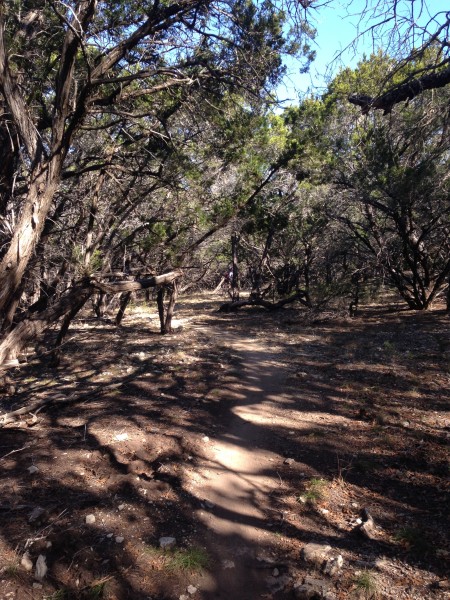 There are some places that flow, but not that many. 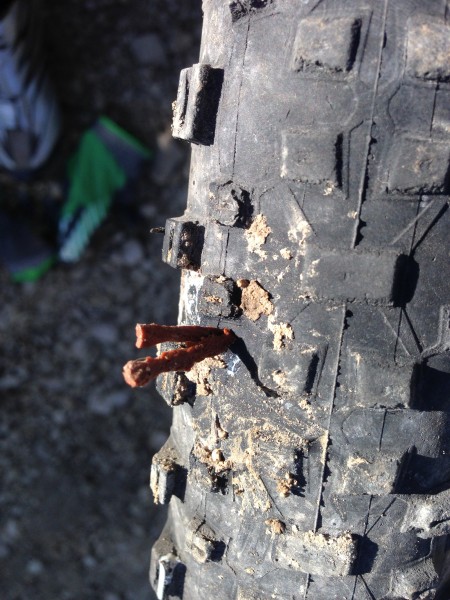 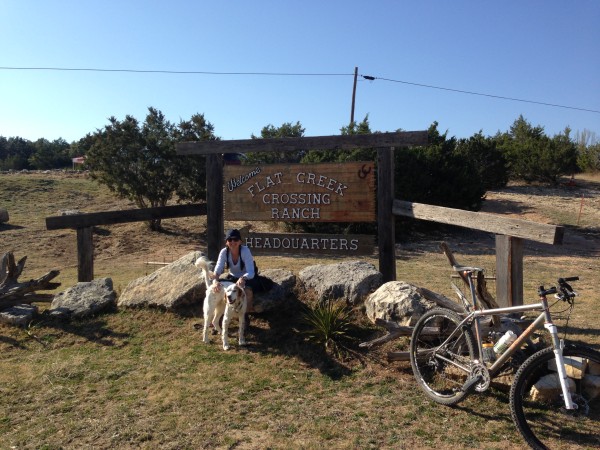 Trudi and Bromont hanging at the start/finish area. 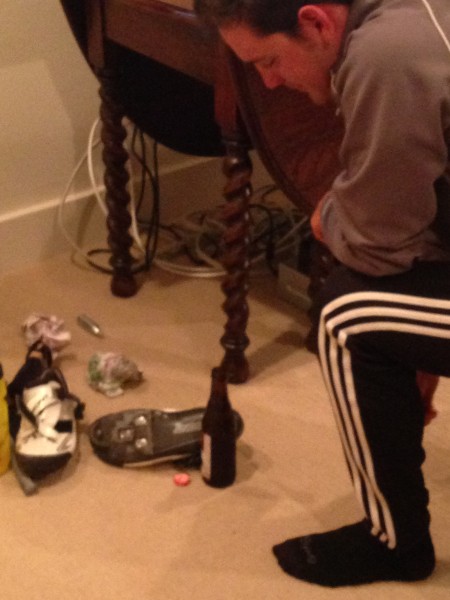 Zack showed me how to remove a bottle cap from a beer bottle with a Shimano road cleat. 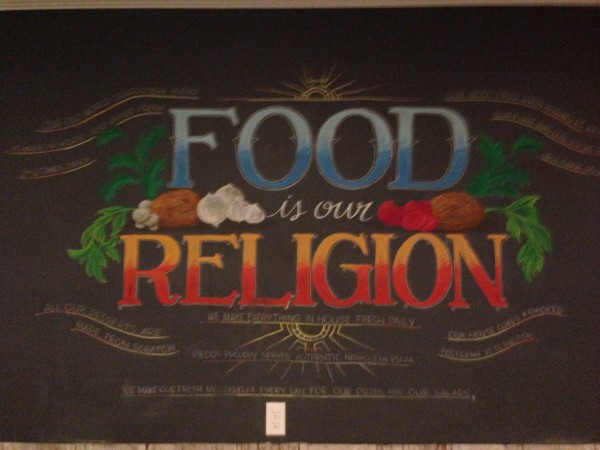 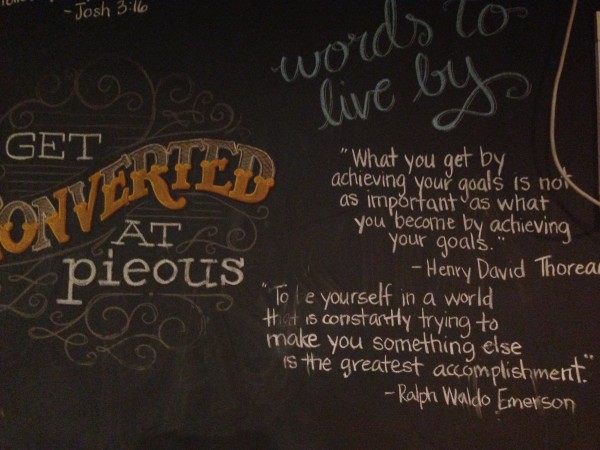 The walls of Pieous are chalk paint with great quotes. I liked these two.