I’ve been waffling back and forth whether to race here in the Kansas area locally, or drive down to Texas and race a couple bigger road races there. Both the races are hard, but hard in much different ways.

The racing here in Kansas, there will be a lot of jumping and much more time in the wind. Something that sometimes isn’t as productive as just sitting in a field of 60 and cruise along at 25-30 mph. There is a lot to be said about riding bigger, harder races, early season, to ride into form. Maybe times racing local races, early season, is nearly too hard, if that makes any sense. The bigger the race, the more controlled the field, thus the less mental and physical stress, sometimes.

Tomorrow there is an one hour criterium over in Lawrence. It is a points race, meaning that there is a fair chance that I’ll be full-out sprinting at least a few times, something I haven’t really done yet this season. I think that I have an okay base, but bringing it up a notch, like sprinting, is going to be harsh.

Then Sunday, there is a 60 mile road race outside Columbia Missiouri, Froze Toes. This race is great, two 31 mile laps, mainly flat. The only issue there is the temperature, which is going to be pretty cold, 30’s, and the wind. The wind is usually the decisive element of early season races in the midwest. Luckily, I like the wind. I am very familiar with it. It is my ally.

Anyway, it is strange talking to friends about racing right now. Guys that have been racing bikes for a long time. Everyone is so hesitant, worried. I understand the feelings. It has been an ugly winter here in Kansas the last few weeks. Days when you absolutely couldn’t get out and ride. More than a week at a time where it was mandatory riding indoors. Most my buddies don’t like riding trainers anymore than I do. I haven’t ridden inside this year and don’t plan to. I’d rather go and plow my MTB bike through 12 inches of snow, than sweat like a pig for an hour or two in the basement.

So, with the spotty training, everyone around here is stressed about being behind. Behind where they would normally be, behind the guys that have been creating pools of sweat on their floors, behind all the guys that are all tan from training in warmer climates.

I can’t imagine being one of my friends that live up in Minneapolis, or where the winter is still in full force, for over another month. It is so amazing to me when we race in Iowa, in mid-April, and these guys show up with translucent, white skin and say it is the first time they’ve ridden in shorts this year.

As athletes, we all worry about our form and where we are at constantly. We continually worry, even as the season progresses, wondering if we’re personally progressing at a good rate, a rate that seems, at least, comparable, to our peers.

It is the worst before we’ve even clipped in for a race, early. Especially if we didn’t participate in cyclocross, so our last races were months ago.

But, we shouldn’t let this apprehension dictate our actions. If we don’t go through the motions early, then the apprehension is justified and, for sure, we’re just further behind.

So, don’t let uncertainty dictate your actions. You’ll never know where you’re at unless you take the plunge and toe the line. 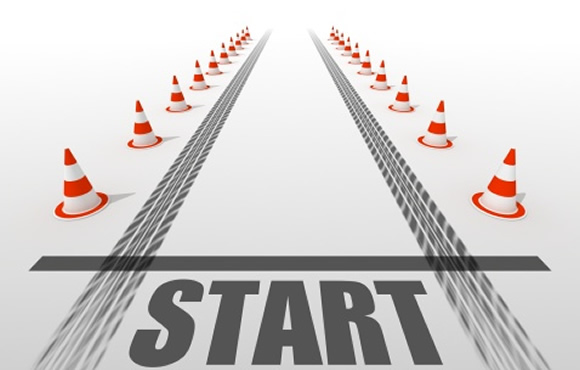