The UCI inquiry commission into doping released a statement “asking” for witnesses to come forward in exchange for, maybe, a reduced punishment. The commission chief, Dick Marty said, “We will treat all witnesses fairly and so I urge anyone in the cycling community with information that can help our investigation to come forward.” Wow, that is some offer to these guys. I bet they come crawling out of the woodwork for that great deal.

It says later on that the commission has the power to propose, “case-by-case” for a reductions in suspensions of anyone currently suspended, although these deals will have to be approved by the original sanctioning body, the UCI, and the World Anti-Doping Agency. All three. Wow again. I think that is such a good offer that Lance probably has already signed up and is ready to spill his guts.

Obviously, this is more than a little disappointing to me. I was hoping that this commission would be the catalyst to get as much of the doping culture and facts exposed and then we can all start at square one with a clean slate. I will be very surprised if any current rider takes them up on their offer.

The offer is so subjective and wishy-washy. I don’t understand why they didn’t come up with something more enticing, and maybe, fair? No one wants to walk in and testify before that commission and then get an offer. It would be like going into a pawn shop to sell something and tell the guy you were going to sell it before he even gave you an offer. Once you spill your guts, you’ve spilled your guts. That is all you have to negotiate with.

If I were a rider, or support staff, that had an issue, I’d hire someone to negotiate for me, anonymously, and work out the deal before I went in. My negotiator wouldn’t tell the commission my name before the deal was done. And if I was currently serving a suspension, there is no way I’d participate before the 3 bodies had approved a reduction of my suspension. It doesn’t make any sense to do it any other way.

Anyway, I very much doubt this is going to work. Maybe if the rumor gets out that they are giving out very lenient deals, then they might get the ball rolling. But I don’t see that happening.

I’m not exactly sure how the UCI came up with this commission, but unless they go back and regroup, come up with a plan that makes a little sense, then it is just going be another 3 guys that fly around the world on a budget, getting nothing accomplished. I hope that isn’t the case, but it seems to be as of now. 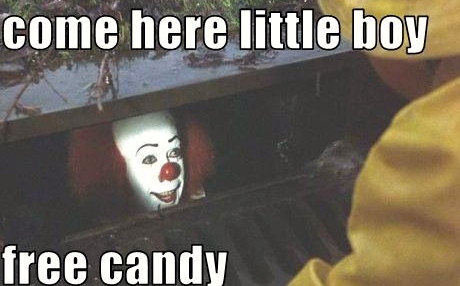