I usually don’t get so out of shape over the winter that it is much of an effort to get back into some sort of respectable form early on. Cyclocross has been pretty great for that the last few years. But since I only did two cross races last season, and they were in early November, that form didn’t carry forward much.

Last season was a struggle. Between being hurt at the get go, and then doing rehab and starting weak and late, it made the year pretty challenging and ultimately, unfulfilling. That’s not to say that I want a do over. I think that each one of us has to go through ups and downs during their athletic careers and that these undulations allow us to appreciate different aspects of the sport from within ourselves. Of course it is always nicer to be on the upward side of the curve, than the bottom, but I don’t think we have all that much control over that.

So, this year, I’m at square one. Not square one like when I first started racing. That was when I just hung up your bike when the first snow fell and then maybe rode the rollers a couple times in January before actually going out and riding on the road by March. That is a place I don’t plan on ever going again, but this was as close as I’ve been in recent history. I haven’t raced since the UCI races in Louisville and before that it was two MTB races, Chequamegon and The Berryman Epic, which were Sept and Oct. So four races, going on 6 months. That is about the longest dry spell of racing I have experienced in decades. And I need to race to get to race shape.

Anyway, I’m trying to remember what it is like to get back in shape. I know historically, when I used to take a fair amount of time off, I usually rode pretty great for a week or 10 days. I’d think, man, I stayed in pretty good shape over the winter. Then all of a sudden, one morning I’d wake up and I would be destroyed. I’d be back at ground level and then really have to do some miles to get to form.

I’m a little worried that is where I’m at now. I’ve been feeling alright riding. Nothing to write home about, but nothing to complain about either. I’m just wondering when the wall is going to show up. I know it’s there, I’m just hoping maybe something might be different this year.

One thing I really hate about losing all race form is that when I do start racing, early season, I tend to get crazy stomach aches after long, hard races. It doesn’t happen every year, but more than not. It has always been after a long, hard road race, early on, and when I’m riding pretty okay. Then, a couple hours after the race, I get a super bad stomach ached that might last just a couple hours, but more likely will last really a long time, into the wee hours of the morning. I don’t know why it happens, but it seems like the formula is right for that to happen this year. Something to look forward to I guess.

Okay, I changed my ticket to stay out in sunny California for a few more days. It snowed again back in Kansas and is supposed to be in the upper 70’s, nearly 80, in a couple days out here.

I’m not sure what I’m doing for my “birthday ride”. I’d like to go and repeat Sunday, but I’m not sure I have that in me. Whatever I end up doing, I won’t overlook the fact that I get to do something special, something I love to do, which is just ride my bike. 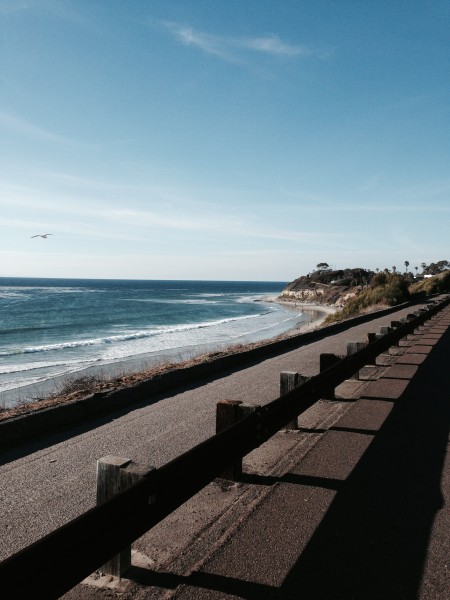 I’ll probably just start up the coast and then see how I feel. 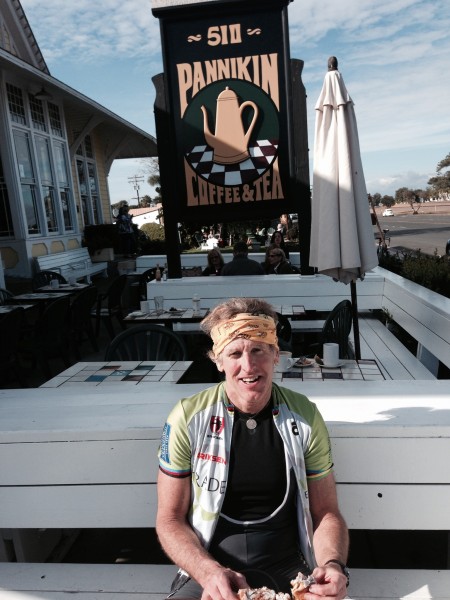 I’ll probably ride to to start at the Pannikin in Encinitas. That is 20 miles from La Jolla, so I’d already have 40 miles RT before I start. 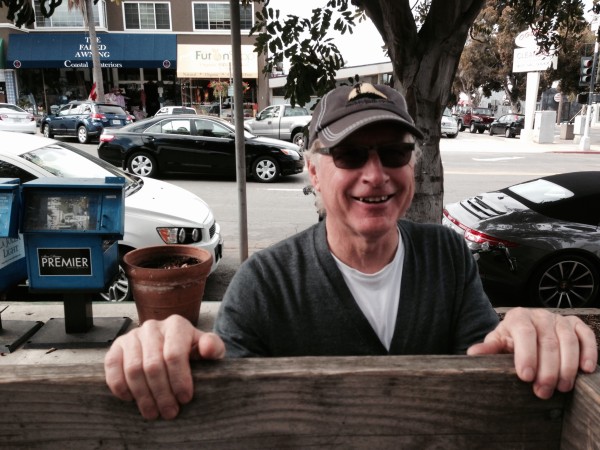 I saw my old team manager, Mike Farrell, from the Schwinn team in La Jolla yesterday morning. He’s out here to ride, but is heading to Borrego Springs to ride today. 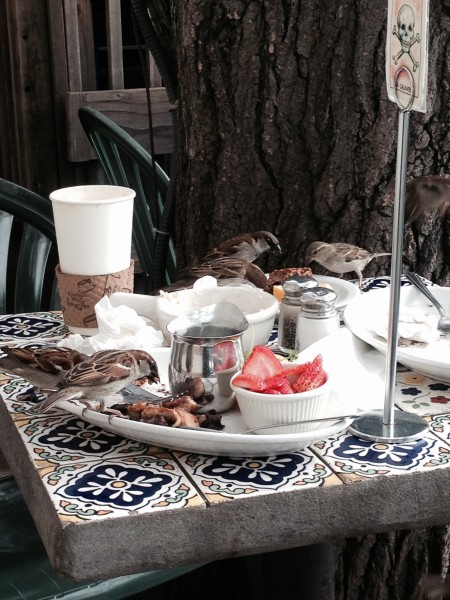 The birds at the Pannikin in La Jolla sure converge on the left overs a second after the people leave the table.