Yesterday I rode pretty much all day. I got up early to meet the Swami’s ride, but somehow got my wires crossed and missed it by 5 minutes. I called Thurlow and he said they were a couple miles ahead of me, but 70 of them, going pretty fast. I knew that I wasn’t catching them. So I pulled a Forest Gump and just rode, for no particular reason, for the next 7 hours.

I didn’t feel that great most of the ride. My left leg, where I had shingles, hasn’t really been working perfectly yet. It sort of feels like it is real tight and pseudo cramping, even though it hasn’t. I was way up by Vista and did my turn around riding up Couser Canyon. Strava link.

It is funny, but the time flew. And I never really got any worse than when I started. I actually got better between 90 and 115 miles. I had hoped to ride a long ride, something over 100, but most of the time in a group. Instead I was in the wind all day by myself. It wasn’t really windy until I got back to the coast in Encinitas. And most of that was tailwind down the coast, which was a pleasant surprise.

This was my longest ride since I started saving rides to Strava. The previous one was 116. I don’t really ride long miles all that much, but this year I’m going to be doing more. I ride better when I’m doing some long rides, I’ve just been lazy recently. It’s not like I don’t truly enjoy riding my bike and it is a toll or anything. But, 126 miles was about 1/4 of all the miles I had for the year, so it wasn’t an insignificant amount.

Tomorrow is my birthday and I doubt I’m going to get to ride. I’m flying back into a foot of snow back home in Topeka, early tomorrow morning. So when I was riding yesterday, I thought maybe I’d make up some formula, like riding twice my age. (And no, I’m not turning 66.) I usually try to just ride my age on my birthday, but when you have the ability, like warm weather and great scenery, there is no reason to pass that up.

It is amazing how many cyclists there are riding around North County on a Saturday morning. I saw at least 10 groups of more than 30 guys. And lots more, dozens, or 5-10 riders. I was riding out a bike path by Highway 78, heading east, and it seemed like a full on race came towards me from the west. The guys were hauling ass. I nearly turned around and rode with them, but by then, already had a mission plan in my head.

I thought I’d be more wasted this morning. I don’t really feel any different than riding 50 miles. Kind of weird. I only ate one Cliffbar and stopped at 90 miles and had a double espresso. I am a little porky and did that on purpose, hoping to loose some weight, which I’m sure I did.

It has been cool, compared to the rest of the “winter” here. Lower 60’s instead of upper 70’s or more. The lower’s 60’s is plenty for me. I think that the temperature allowed me to be relatively unscathed today. At least it helped. I didn’t over heat and riding back south along the coast later in the afternoon, it was in the 50’s, which felt great.

Okay, I’ve spent enough time on the computer when there is real life to get to. Hope everyone has an enjoyable Sunday. 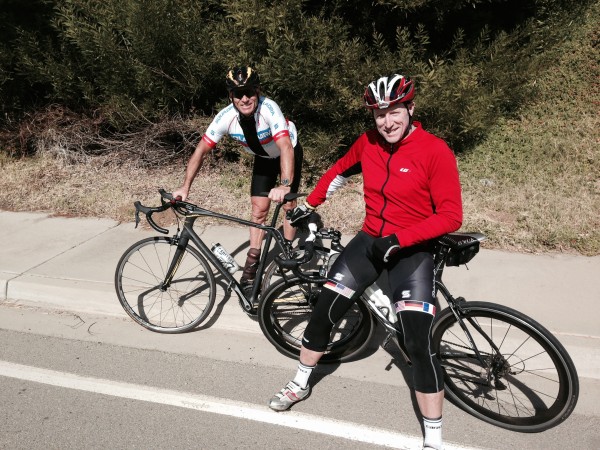 I ran into Sue and Don’s friends, Corky and Lucas out on Lilac, by Vista. They were on a good ride too, but already heading back. 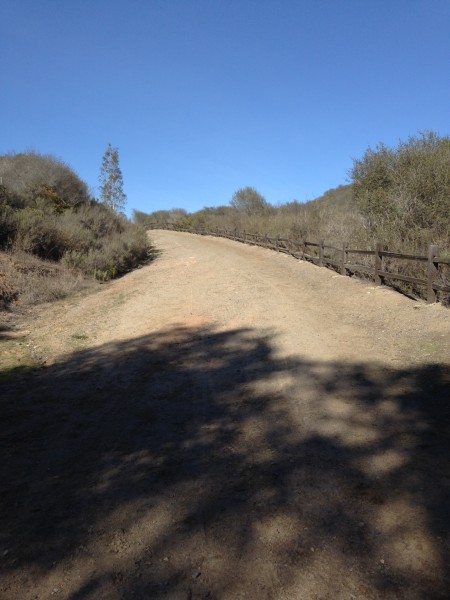 I rode back through the Eflin Forest and did a little dirt action up Questhaven. 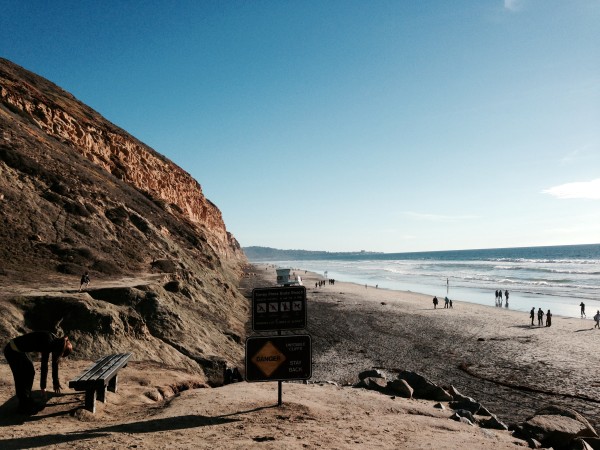 My normal photo of the beach ride at the base of Torrey Pines. 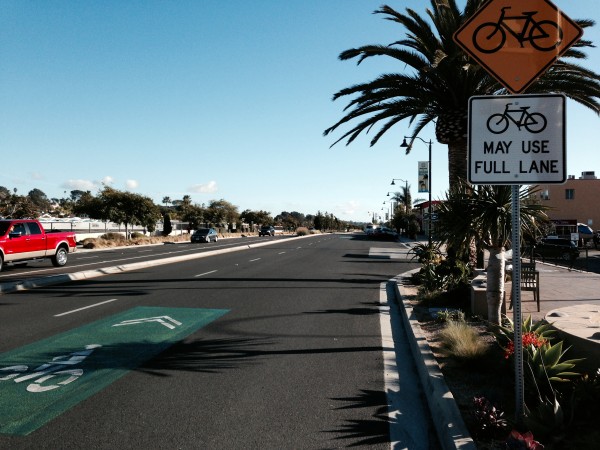 Many of the coast towns in North County are becoming real bike friendly and allowing bicycles full use of the right lane. 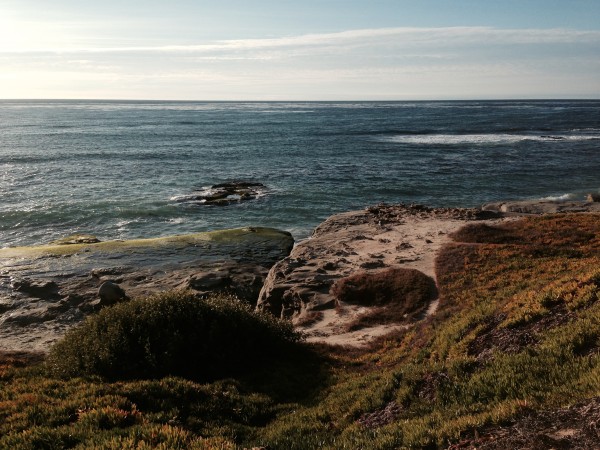 The scenery coming back through La Jolla is unparalleled. 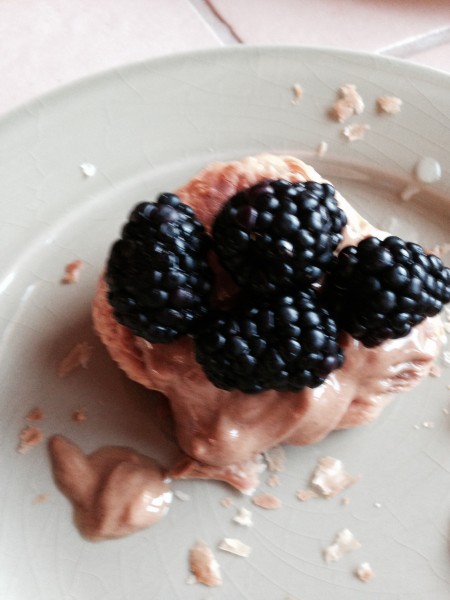 I was pretty much starving when I got back. I had two of these-croissants covered with peanut butter and blackberries. They hit the spot.

10 thoughts on “123 Miles for No Particular Reason”