Anyway, Yahoo Sports did a little thing on Eric. The guy is so humble and grounded. Anyway, if you have a few extra minutes, watch the video below. There is a cameo appearance of a photo, that Trudi took, of me and Eric towards the end. Hope you all get a chance to watch as much of the Olympic Games as you can fit in. 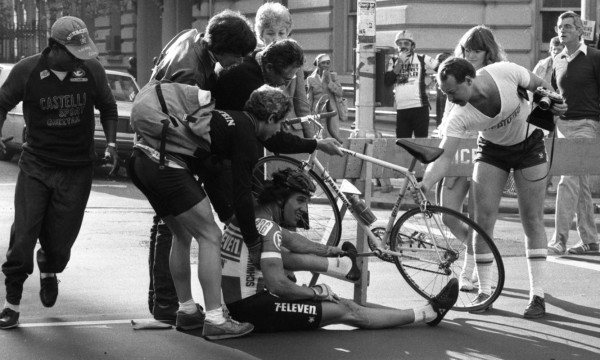 I’m not sure where this photo was taken. It must have been early when the 7-11 guys were riding Schwinn bikes. Man, does that bike look old.