Okay, I got a phone call from Lance Armstrong yesterday. It was sort of out of the blue. By that I mean I wasn’t really expecting Lance to be calling me. I guess I should start from the beginning.

Around Thanksgiving, I got a short email from someone who said he was Lance. It was short. It said something like that he occasionally reads my blog and found it interesting. He thought that we should “chat” to go over some things that would be informative.

I get a lot of strange emails and calls, so sort of blew it off. I blew it off by sending him a back an email that was flippant, saying something like I would be down in Austin pretty soon, which was true, and wondering if he knew a good urologist, which was something I was wondering. He answered back something like saying it was a loaded email, and yes on the urologist. I just let it go.

Flash forward to December and I get a one liner asking me when I would be in Austin. I didn’t reply.

So then a couple of days ago after the post I did about George and Frankie, I get an email saying we “needed” to talk. That my post was “ill-informed”, which I don’t think is true, and sad. Then another email saying he was going to call. It was like 7am, but I was awake. I didn’t have my phone in my pocket, but got another email saying that he just tried to call. I looked at my phone and there was a missed call from the 512 area code, which is Austin.

I thought that this was getting a little weird. Who would be trying to impersonate Lance and go and get a 512 area code just to call me? I blew it off again.

Then yesterday afternoon, my phone rang and it was the same number, so I answered. I was under the impression, nearly positive, that it was going to be some weird dude wanting something/ whatever. I say hello and he said, Hey, this is Lance.

It took maybe 20 seconds before I really considered it was Lance. I was so set in my mind that it wasn’t.

Maybe I should back up a little. I’ve “known” Lance for a long, long time. Not in the sense that we’re great friends or anything. This was the first time, that I can remember, that he has ever called me, so it isn’t a common thing. Back in the early 90’s to mid 90’s, when we raced together a lot, I talked to him pretty often. He made a brief foray into MTB racing around 2000, so I rode with him a few times back then. But, I’m pretty sure I haven’t said a word to him since he dabbled in cross and came to Cross Vegas, 5 or 6 years ago.

I was a little rattled, which isn’t normal for me. It took a good 10 minutes before I felt comfortable.

Anyway, we ended up talking for nearly an hour. I’m still thinking about the reason he called. I’m going to give it a couple days to sink in, then am going to post something on it. The subjects bounced around quite a bit. It was mainly about doping and the current situation. What is just and equitable considering the prevalence of doping in the sport. And how to move forward.

I have to admit, the guy sounds genuine. He always has. I told him, during the call, that was part of his current problem. He sounded so genuine, authentic before, during his whole career, with the denials. He obviously speaks very well. So, now when he sounds genuine, it is hard to know whether it is just the same old, or it is whether it is truly sincere. He sounded sincere to me, but what do I know.

Anyway, I’m gonna let this thing mull around in my brain for a couple days and then try to do it justice. 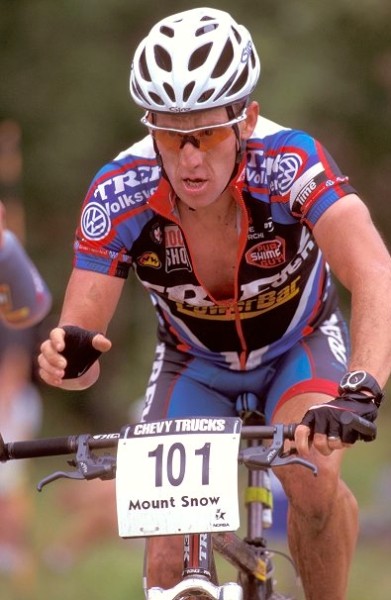 Lance in Mount Snow. He had a hard time that day. 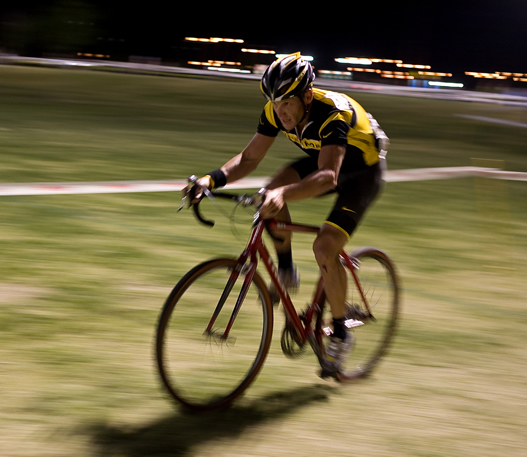 And at Cross Vegas.