Yesterday was a pretty interesting and long day. The snow didn’t materialize until later in the morning. It really didn’t seem like it was going to snow that much, but it just kept snowing steady for over 12 hours. By early afternoon, there was already 8 inches on the ground and it just kept coming down. I had shoveled for a couple hours and then decided that I maybe should just go out for a bike ride. I hate riding inside, it’s always a sweat-fest.

So, I suited up and got on my Eriksen 29’r and rode. It was super sketchy. It was super hard riding on the city streets anywhere a car had driven. Luckily for me, not that many cars were driving around. I rode a mile or so and got on a bike path. The riding got much easier after that. But by easier, I mean 8 or 9 mph in 8 inch snow. It was really hard pedaling, but the guidance of the bicycle wasn’t such a concern. Only where the previous snow had turned to ice was a problem. And I couldn’t see that, just felt it.

It was a super valuable ride. Riding in deep snow, especially snow that is slick underneath, is nearly the same as riding in sand in cyclocross. At least the technique is the same. You just have to keep your legs churning around in circles no matter what. And you don’t steer your bike nearly as much as you shift your body weight back and forth to stay centered over the bike.

It was a super workout. I hardly went 11 miles. I would have gone further, but stopped a couple times to help push and shovel stranded motorists. It is amazing that these guys carry shovels in their cars and don’t have the strength to shovel. And they weren’t all that old.

Anyway, I only fell once. Pretty hard on my right butt cheek. I wouldn’t have hit the ground if I would have had spikes in the front of my shoes. That was the only thing I would have changed. Planting a foot down doesn’t really work if under the snow is solid ice. And it was in many places.

When I got back, there was a KU basketball game on. And it was still snowing. I watched the game and then got back to shoveling. I went back to the building downtown, when I’d already shoveled in the morning. I tried to go in the Insight, but that wasn’t a good idea. The snow was so deep that it was plowing, thus not moving. I got back into the driveway. Kris and I drove the Isuzu and the city was abandoned. Just us, the plows, which there weren’t many of, and a few people that shouldn’t have been out driving.

The snow at the building was deep. It had snowed another 8 inches, plus the wind was blowing and it was drifting. We were about half way done when a pickup truck got stuck about 1/2 a block away. This was on 6th street, which is a really major street near downtown. The city had done nearly nothing and the snow was over a foot deep. I grabbed a different, smaller shovel and went over to tell the guy we would shovel him out. He said that he didn’t have any money to pay us. I thought that was a strange response, but I told him we had gotten stuck earlier and were just paying it forward. It took a while to get him moving. He got moving a couple times, but didn’t know how to not spin his wheels and ended up against the curb. He finally got over a very small rise and waved as he went.

So, we went back and finished shoveling. This morning, I’m surprised that a plow didn’t go by. I’m not sure if it is budget or what. We live at the top of a small hill and the hill is always plowed. There is no way that someone that lives at the bottom can drive, unless they have a 4WD. It is still. I shoveled the last inch of snow this morning and not one car came by in the 15 minutes it took. Looks like another snow/vacation day for the city. 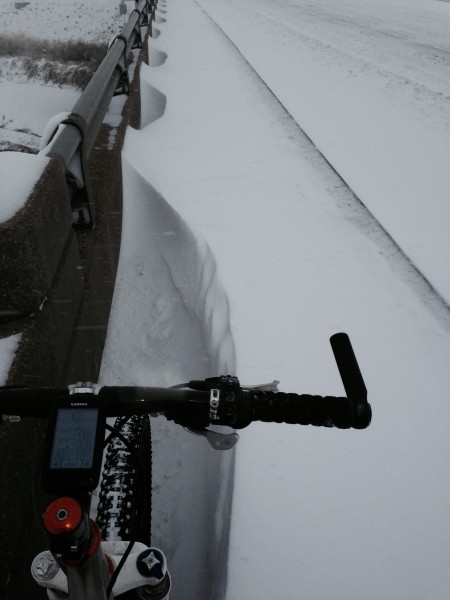 The drifts on the bridges on the bike path were prety deep. 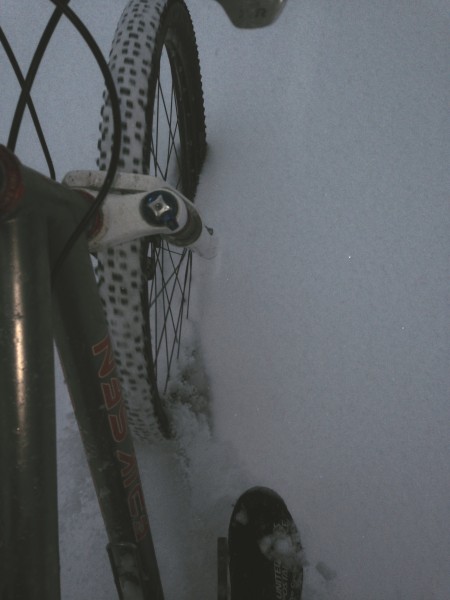 It was a little over my hubs in most places. I’m not sure a fat bike would have been better. I wish I would have riden my cross bike, to cut through the snow more easily. 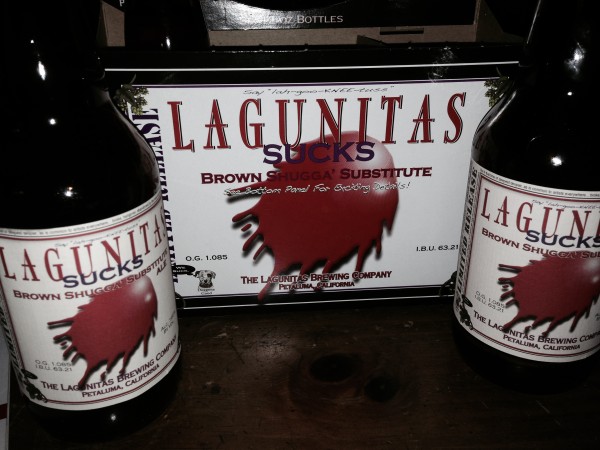 My friend Joe brought this over for the game. I hadn’t ever heard of it, or tried it. It was good. 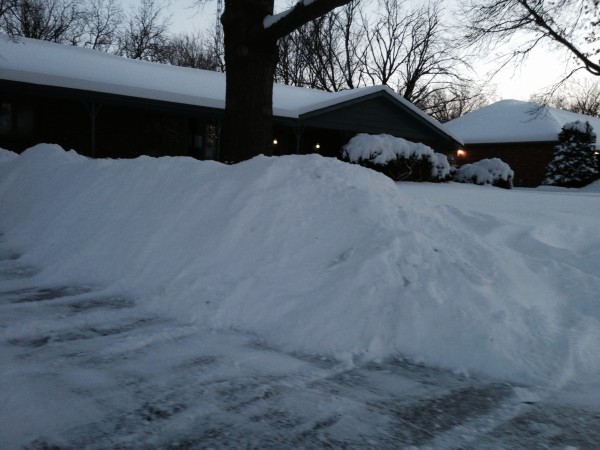 This is pretty unusual for Topeka.

4 thoughts on “Riding in the Snow/Cross Training for Sand”