Yesterday was an adventure. We were just finishing up on a few things on the fence, moving rocks of course, when I heard that it was supposed to snow somewhere between 5 and 15 inches yesterday evening through this morning. I had a tentative plan on working and heading over to Boulder to have dinner with my friend Andy Hampsten, but Andy hadn’t called and it had already started spitting snow at 4. Normally I don’t let weather dictate my daily routine, other than riding, but this was different.

We’d already ridden up Lookout in the afternoon. It was an unusual ride because Vincent didn’t get to the top with Bill and I. I put a little pressure on him at the bottom, because he usually just throttles us and I wanted him to be a tad hurt at the start. He’s kind of a mental rider, so I guess I put a little too much pressure on at the bottom. It was a good ride, considering the it was cold.

My van sucks in the snow, plus the traffic between Denver and Boulder is really ugly around dinner time. Anyway, Andy called and said to show up around 6:30, there wasn’t much snow on the ground and Lisa, Vincent’s wife, said to take her car, which is a Honda Element, 4WD.

Vincent’s new house is right near 93, which runs from Golden up the front range to Boulder. I was so surprised that it was nearly nonstop headlights going south on 93 at 6 pm. The first time I was ever on 93 was back in the late 80’s and I rode my bike from Golden to Boulder. I’m pretty sure that not one car passed me the whole way. When I got to Boulder on Broadway, there was a huge sign that said Bicycles allowed use of full right lane. It was amazing at the time. I thought that it was the coolest place I’d ever been. Man, how that changed.

We got up to Andy’s right at 6:30. He had invited a few of his close friends over. One was Doug Emerson, who owes University Bikes on Pearl. I’ve known Doug for 3 decades or so. I haven’t seen or talked to him for a while though. I was in his shop a few years ago for the Coor’s Classic DVD release, but he was vacationing in Hawaii, thus not there. Anyway, it was fun catching up with him.

He’s personally building a velodrome in Erie, east of Boulder. I’d heard about the velodrome, only by the news of a storm wreaking havoc on it last fall. He got me up to speed on the progress. It is pretty amazing. He called it his own little “Field of dreams”. Pretty cool. He is hands on there, doing the labor and raising the funds to build it. Guys like this is why we all get to race bikes.

The dinner was awesome, beyond awesome. Andy leads tours to Italy which focuses on riding and cuisine. His company is called Cinghiale, which I think is wild boar in Italian, but don’t quote me on that. If you’re looking for a super bike tour experience, you should check out the link above. Anyway, Andy really knows food, wine and bike riding. He got a rotisserie chicken from Will Frischkorn’s shop, Cured. It is a high end cheese, meat and wine shop on Pearl. The food was great. Andy baked the bread and the wine was super. I don’t usually eat like that, so it was a real treat. It makes me appreciated food more.

I wanted to check out Andy’s basement. It got some flood damage and he just finished the repair. I used to stay at Andy’s house when he was racing full time in Europe. It is a log cabin that the marathon Frank Shorter used to own. He bought the house when he and I were team mates on the Levis team. He lived just down the street in a small apartment and we walked a lot of his stuff up the hill for the move. He didn’t have much back then, as none of did.

His basement was pretty much as I remembered. It was a mother-in-law apartment when Frank Shorter owned the house. But Andy used it as a bike room/workshop. Now he has a wine cellar there too, but it still stores his bike and tools there too.

My favorite Andy basement story is -One morning, I woke up and looked out in the backyard and there were a ton of Powerbar wrappers spread across the lawn. I thought someone had “broken in” his bike room, which really wasn’t breaking in since it wasn’t locked. Anyway, I rush down the basement and Andy had a few cases of Powerbars all packaged up. Some animal had chewed through the cardboard and there were a dozen or so gone. It was a mess there. On closer inspection, I went into the bathroom and there was a pile of wrappers surrounding the toilet. And the toilet seat was covered with little raccoon footprints. I laughed and laughed.

I would have given anything to have a video of the whole process. I wanted to see those guys take their Powerbars, open them, which wasn’t easy with human hands, and then go to the toilet and dunk them into water to eat them. Like I said above, there were lots and lots of wrappers. I bet those raccoons felt pretty horrible, later, after those Powerbars swelled up in their stomachs. It is a good memory.

We didn’t stay that late, a little after 10:30. But then the day got interesting. It was really snowing, like blizzard snowing. We started down 93 and it wasn’t plowed at all. And it was snowing so hard you couldn’t really see the road. We got maybe half way back to Arvada and we came upon a wreck. We were maybe the 5th car or so in line behind lots of flashing emergency lights. I made an executive decision and pulled a u-turn. Driving back north was no better, couldn’t see much. We got back to 128 and headed over towards the old Morgul-Bismark course. There were a couple snow plows coming towards us. I moved all the way to what I though was the right shoulder, nearly hitting the reflector poles, but still nearly got hit. It was incredibly close, I’m not sure what the plow driver was thinking. At the top of McCaslin, which is at the top of the wall, it was nearly a white out. We headed south on Indiana, towards Arvada. There was no one on Indiana and that road brought us back close to Vincent’s on 64th. We got back around midnight, unscathed, which was fine.

I’m thinking of driving back tomorrow now. The roads are shitty and the day is already sort of started. There are lots of things to do here, like put up blinds, assemble Vincent’s new Eriksen Di2 road bike, etc. The weather isn’t good in Kansas, so I’m not missin’ anything there either. 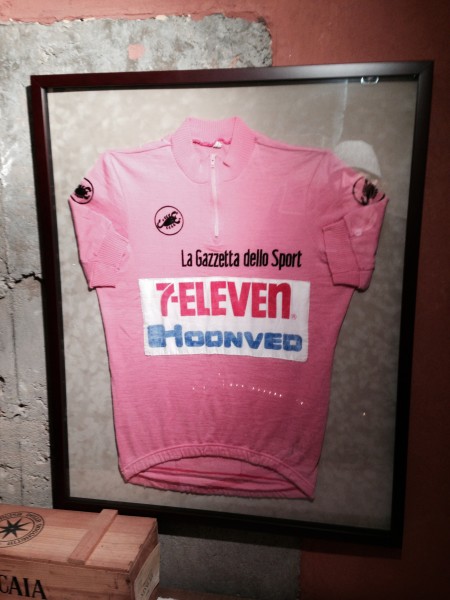 Andy’s Giro jersey down in his wine cellar. 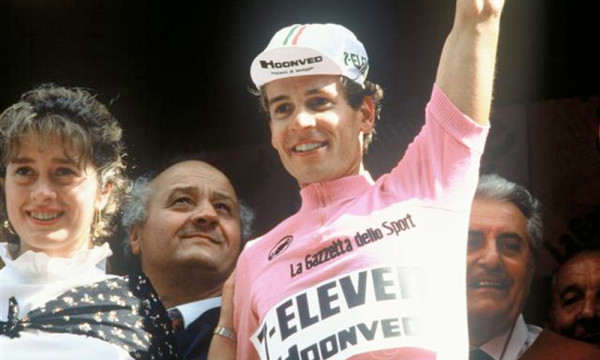 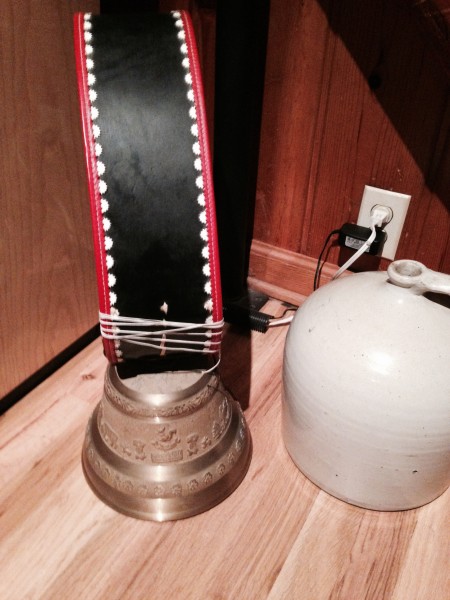 Andy’s Tour de Suisse cowbell that he was ringing at Cross Nationals earlier this month. 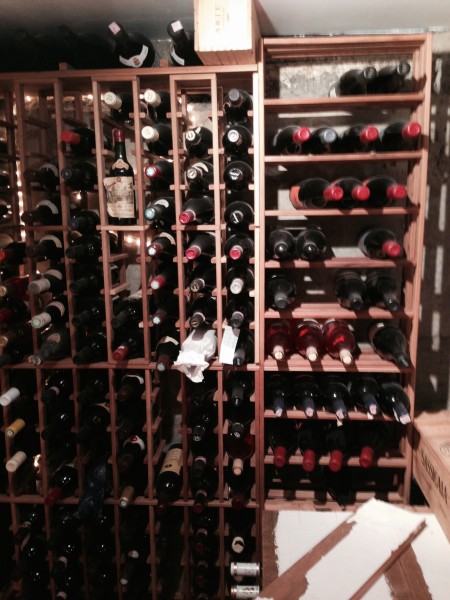 Some of Andy’s wine. 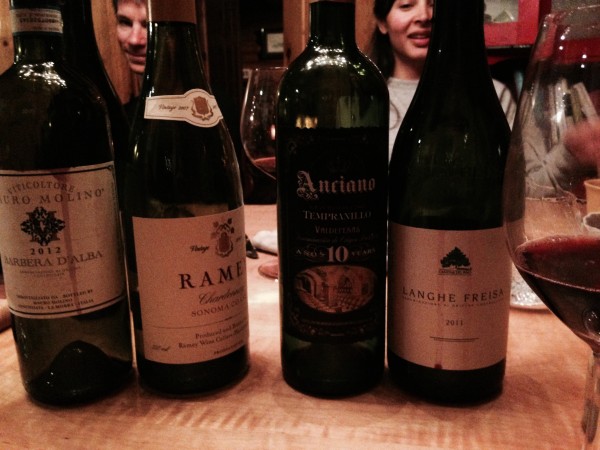 These were all excellent. 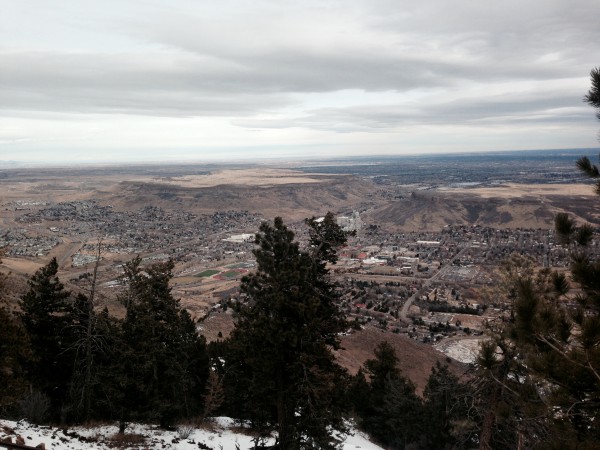 The view off Lookout Mtn. 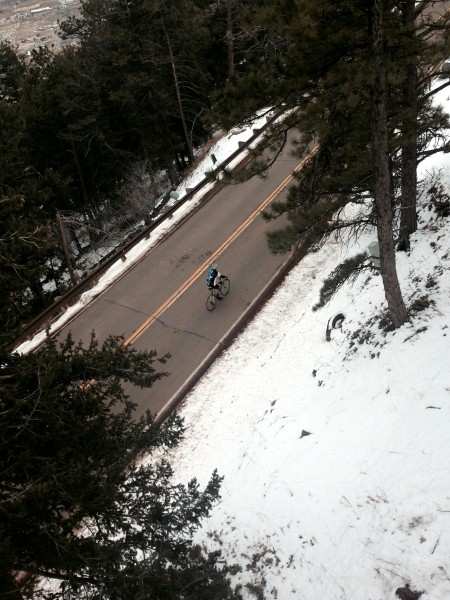 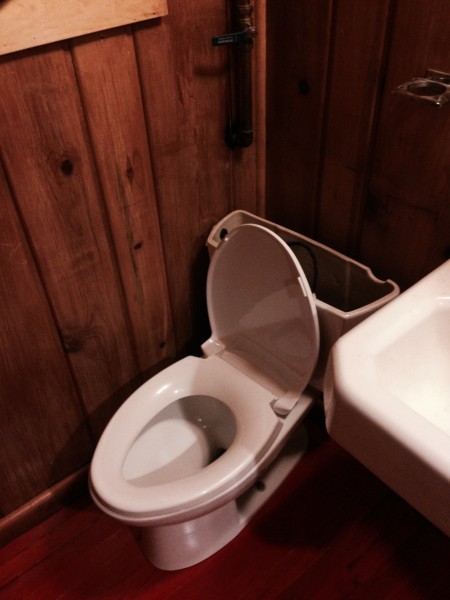 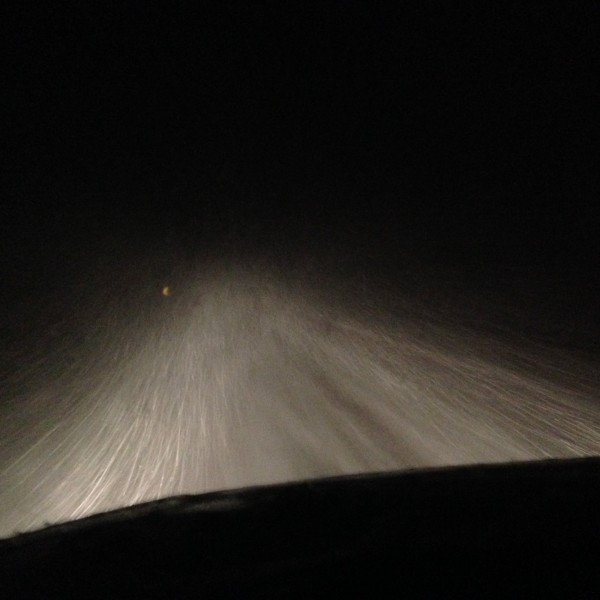 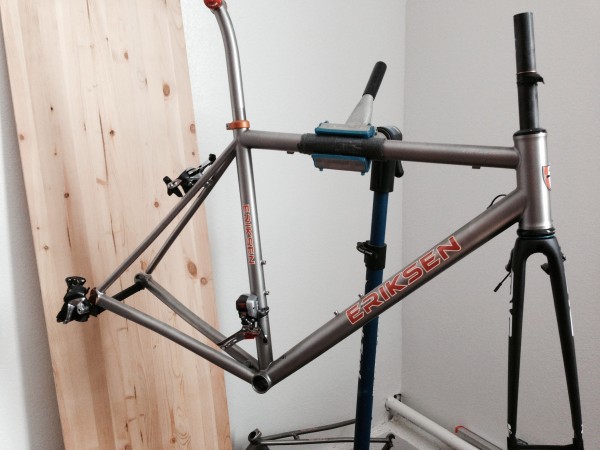 10 thoughts on “Dinner with Andy”