When they named the mountains around here, the Rocky Mountains, they were right on the mark. There are a ton a rock around here. At least a ton where I’ve been trying to dig a few holes for fence posts. Yesterday we got 8 holes dug. I didn’t even rent an auger. There would be no point. The rock can be up to 8 inches across, which would make the auger very unhappy. Instead, I’m very unhappy.

It wasn’t all horrible. One hole only took maybe 10 minutes. That was the hole up next to the house, which was most likely in back filled dirt. The last hole took both Bill and I over an hour to dig. That is two man hours for one hole. We were probably working half speed by then, so it really was one man hour.

The cedar has to all be stained. I hate putting stain on such nice wood. It looks worse and is a hassle down the road trying to keep looking just okay. But, the neighborhood has some rule that all the fences look the same, so stain it is.

So, the winter is going to catch up with us. It is supposed to be nice the next two days, then snow and a high of the teens. That will put a damper on this project.

The upside to all this is that I don’t have to do any gym work now. Moving concrete and rock all day pretty much replaces that. I haven’t really been too sore, other than my one hand with blisters.

I haven’t noticed the altitude too much. But, I haven’t been walking up or down stairs or ride yet. I’ve received a few invitations to go out on group rides this weekend. Normally I would love to go out on new rides, but the weather has put a time deadline and riding is secondary. Hopefully I’ll get out on my bike one of these days. It is only the 3rd week of January.

Alright, have to get going. This 12 hour days turn this into Ground Hog Day. 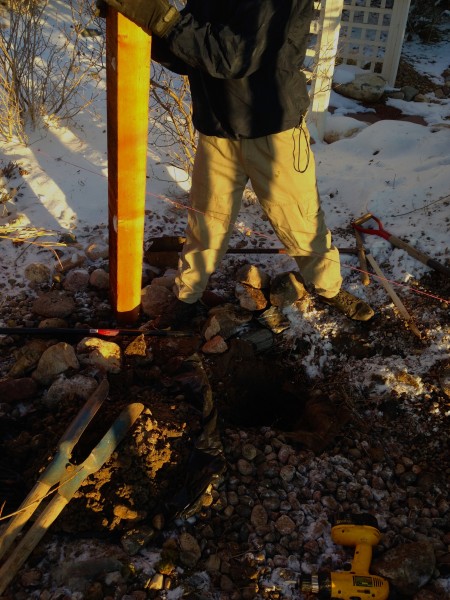 Bill looking at his pile of rocks from his hole. 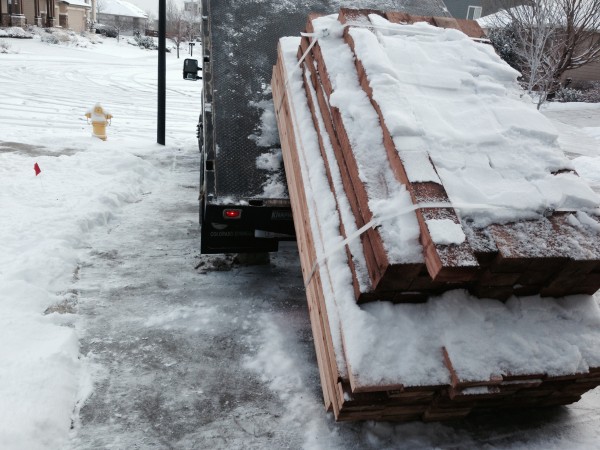 The cedar being delivered. 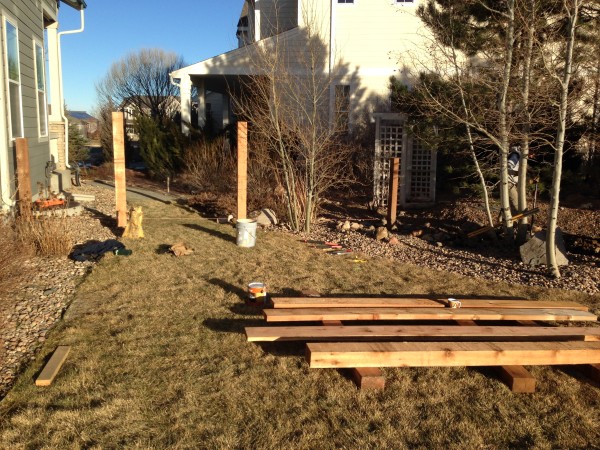 I blew the yard with an electric blower and the snow melted pretty good yesterday. The posts for the gate we tried to get as deep as possible. These are maybe 3 feet in. 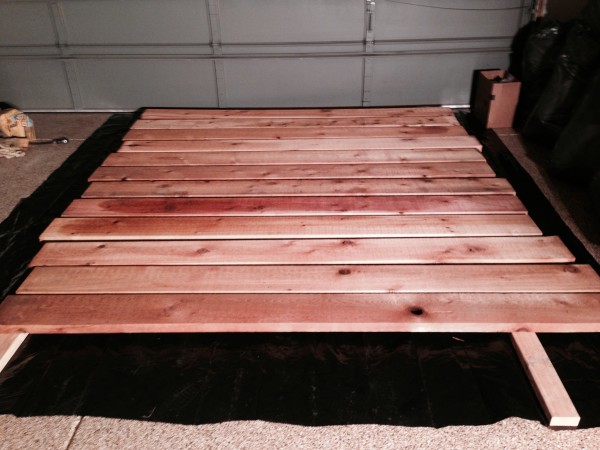 I started staining the rails inside last night. 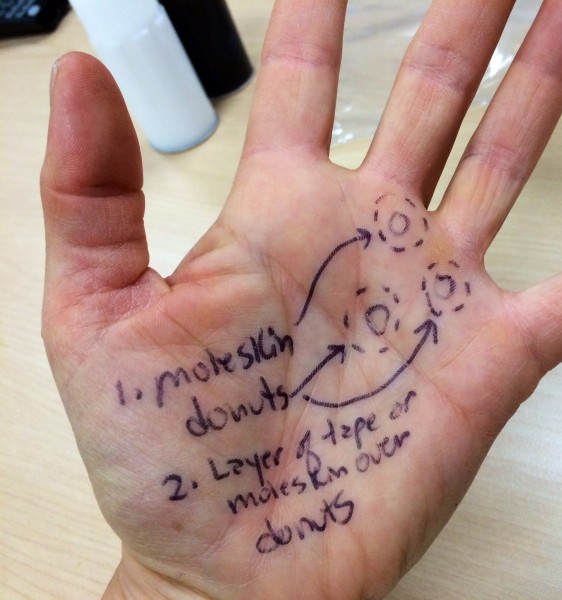 A text photo from my friend Stacie showing the proper way to treat blisters. 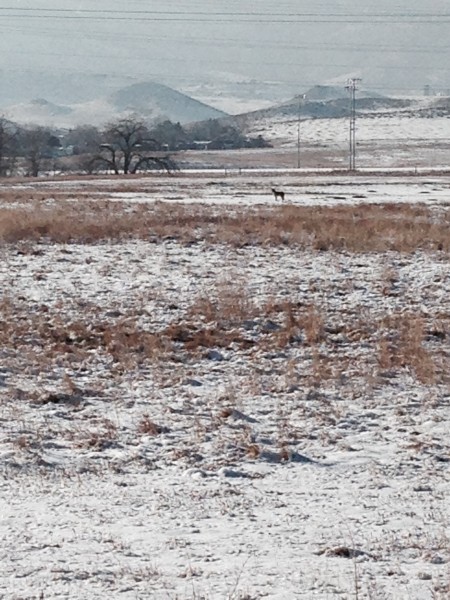 VIncent’s backyard opens up to green space. This coyote has been hanging around, looking for an extra Prairie Dog or two.

4 thoughts on “Don’t Build Fences in the Rocky Mountains”