Danilo Di Luca supposedly did an interview, that is airing today, that says that 90% of riders in the Giro d’Italia were doping and the other 10% weren’t because they were preparing for other events. So, Danilo is saying that 100% of the peleton in the Giro are doping. He went on to say that it is impossible to finish in the top 10 of the Giro without doping.

I was going to try to avoid this subject until Garmin’s Andrew Talansky decided to do his twitter thing and call out Di Luca. I bet Jonathan Vaughters is super stoked that Andrew decided to go public with his view. Talansky tweeted –

Thankfully his statements are delusional. I wouldn’t be in this sport if it was not possible to succeed at the highest level and do it clean.

Now the question, who to believe? They are pretty far apart on their views, pretty black or white.

I dont’ know Danilo Di Luca, so I have no idea of his intellect. Most guys that are as successful as he has been in cycling aren’t stupid, but a few are. I have to assume that Di Luca has a knowledge of the dirty side of the sport from an inside view. I’d bet he knows a ton about doping and the prevalence of it. But even he admits, a ton of the doping has been driven underground and is now performed more in secrecy.

Andrew has been pretty vocal in the past throwing his views out there. He tweeted – “don’t care what you think of @lancearmstrong, USADA really shouldn’t repeatedly accuse someone of something with ZERO hard evidence.” That was a beauty, when there was already realms of public evidence out there. I’m not sure to know, as Andrew states, that Di Luca’s statement will “hurt the sport”. Maybe it will be the catalyst to really make some dramatic changes, who knows?

During his dramatic rise to a top ten grand Tour GC rider, Talansky has used his team mate, Ryder Hesjedal, as an example how you can win Grand Tour without doping. Oh, then Ryder comes out and admits doping way, way back in his mountain bike days, then stopping to race on the road clean. Bad example Andrew.

Anyway, it would probably be safe to say that both of these guys are off. The sport isn’t close to clean. Andrew must of missed the current positive doping cases the past couple years. So if I had to pick one guy’s side, I’m very sad to say I’d have to go with Di Luca’s view as more accurate than Talansky’s. Hopefully it’s not as bad as Di Luca says. 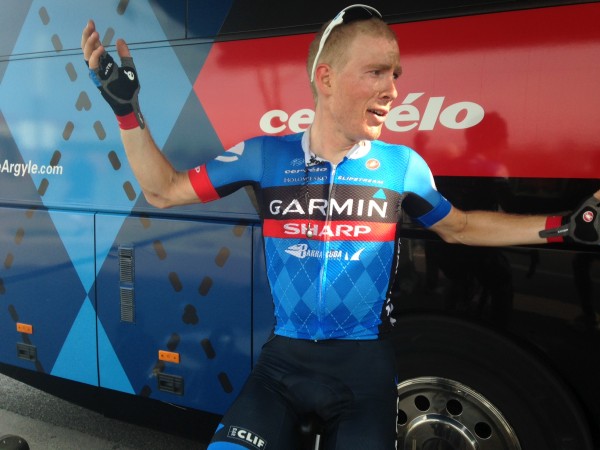 Put your own caption here.

23 thoughts on “Di Luca or Talansky? Who to Believe?”