I saw this article about Alessandro Ballan finally getting a 2 year suspension for blood doping. Man, it is about time. I don’t understand why when these guys get pretty much caught red handed, they don’t just fess up and take the penalty. Instead, they drag it on and sound like idiots. His side, ozone therapy to treat cytomegalovirus, whatever that means.

It is way too slow of a process for my liking. I really don’t know when they, the Italians, are going to address the rest of the guys listed on the Mantova doping inquiry. Two, of them still work for Lampre, Ballan’s team at the time of the infusion. That is Damiano Cunego and Giuseppe Saronni. I sort of wonder if Chris Horner is just a smidgen late now. His name has been associated with riding for Lampre and it sounds like Giuseppe has the final say. I’d think that he would be a little preoccupied with his future fate and not so interested on who’s going to be riding for Lampre. But, you never know.

Talking about corrosion, how about the photo below of my brand new brake rotors I put on my van right before Christmas? Wow. I can’t believe how rusted they are. I drove it up to Chicago, where they use a ton of salt, then to Cable, Wisconsin, more salt and finally back to Kansas, where there was a lot of salt on the roads. I didn’t wash the under body before I went to Boulder because the roads were still sloppy, thus salty. Mistake. Take it from me, if you want to keep your car around for long, and live anywhere near a place they use salt, you have to wash the underside of your car during the winter quite often. Forget the paint, get the salt off everything underneath.

Anyway, all this doping in the sport is just like corrosion and rust. It slowly eats away at the sport. Removing the rust is the only way for the sport to prosper. The Mantova deal is just another small step on removing some more rust, but, like rust, I’m afraid it is just going to come back again. 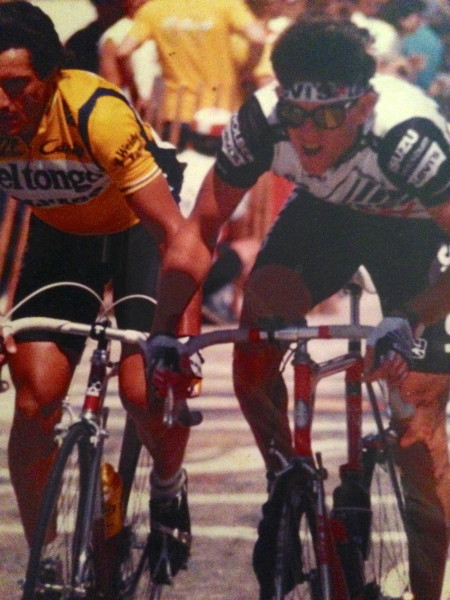 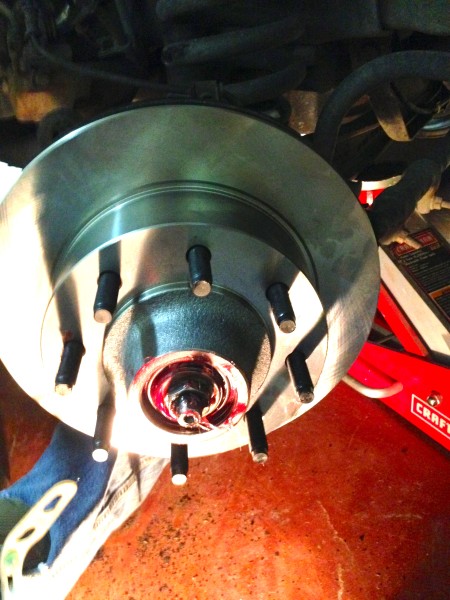 Picture from less than a month ago. 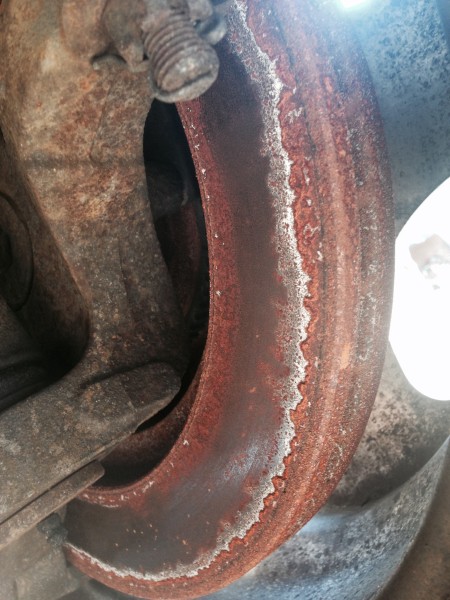 Photo of my “new” rotors yesterday.

8 thoughts on “Removing Corrosion from the System”