Yesterday was an interesting day to watch cyclocross. The course had switched up so much from the previous few days. There was hardly a drop of water on it. The ground was so rock hard, plus the course so technical, that many places on the course it would have been faster riding a MTB than a cross bike. That is one of the coolest things about cyclocross. The same course can ride so much different on different days. Or even on the same day, just a lap later. But, this course didn’t switch up at all during the race.

What surprised me during the day, especially the men’s race, was that no one was riding together. It was super fast and windy, so that would make you think that it would have been groups. But, not even close. The biggest group was 2, and they were team mates from Raleigh. I think that the dry ruts made the guys back off a little from the guy in front of them. I guess sight was more important that the benefit of the draft.

I wasn’t surprised that Jeremy Powers won. He was my pick. I guess, in retrospect, that I wasn’t surprised that he pretty much led wire to wire. He hurt the field so badly the first 2 minutes, that it was pretty much game over from the start. Ryan Trebon hung for a couple laps, but he was on the ropes the whole time, while Jermey looked in control.

No surprises in the women’s race. Katie Compton won her, I think 10th, National Cyclocross Championship. The race of the day was for 3rd, with Meredith Miller, Cal Giant, catching Crystal Anthony, Team Optum p/b Kelly Benefit, and beating her to the line. There were 111 starters in the women’s race, which is awesome. More women starters than men, crazy.

I wasn’t really that stressed not racing and just watching. I’m in no form for it. I hate the 70% rule. The course was long and they still pulled everyone in the men’s race other than 22 riders. You are at such a disadvantage starting at the back of a 100 rider field, it is nearly impossible not getting pulled if that is where you line up. It’s a bad rule and needs to be addressed.

Anyway, the day was great spectating. I guess it is now time to start training for the road season. It is the 13th of January.

Here are some photos. 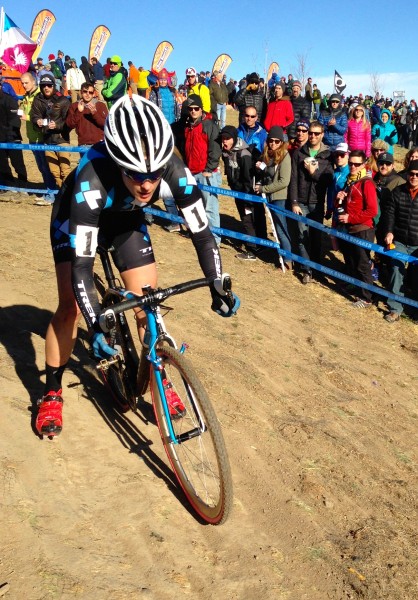 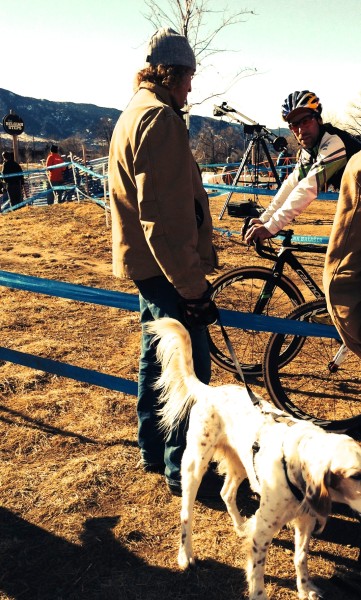 Talking to Tim Johnson before the start.

Tim seemed pretty relaxed. I think he had a pretty good race for him. I didn’t talk to him after the race, but he rode really consistent. I think Jeremy was unbeatable Sunday. 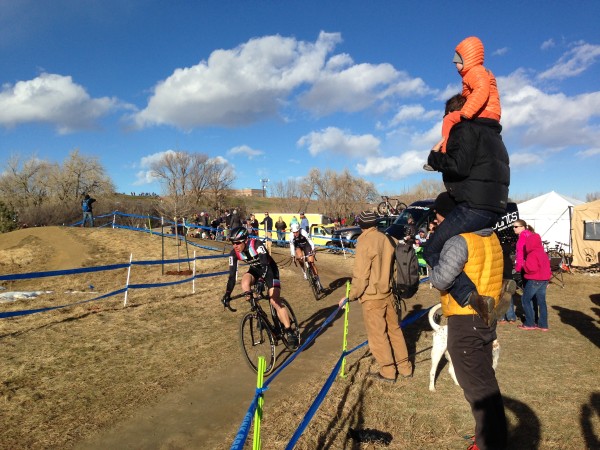 This is a 3 stack, with Andy Hampsten holding Vincent’s son, Pascal on his shoulders. First lap of the race. 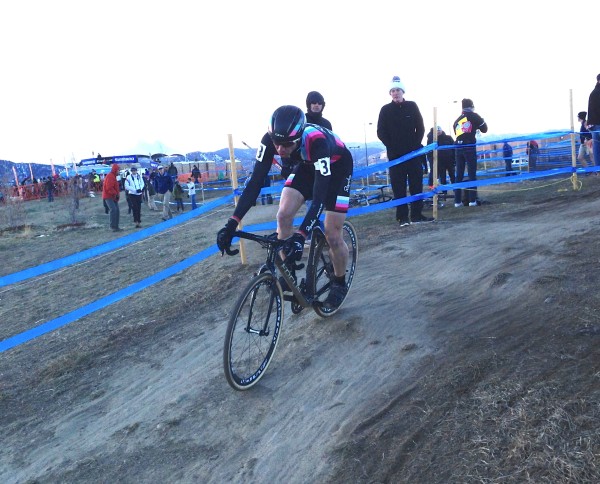 Jeremy Powers on his final lap. You can see how rock hard the ground is. 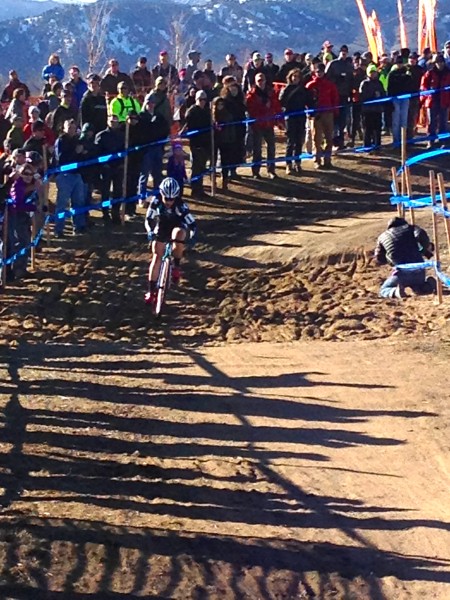 The crowds were great. And the setting was unbeatable. 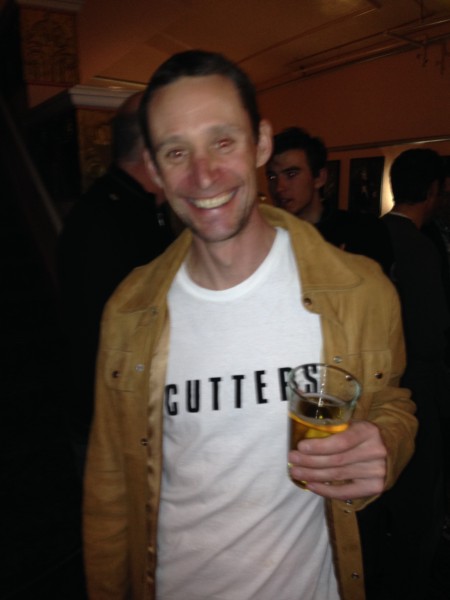 Peter Weber enjoying himself last night at the after race bash. He had a pretty great weekend and deserves a lot of credit for a super sucessful National Championships.