I watched a video the other day from a law professor and also a police officer, saying that under no circumstances, should you open your mouth when being questioned by the police. I wouldn’t have thought that it would be any harm if I had nothing to hide, but now I think I am wrong on that.

Michele Scarponi probably should have watched the video and applied it to the press. I just saw this article over at Cyclingnews.com where the in the interview, Michele can’t really get his story right and contradicts himself. That isn’t a very good thing if he would like the readers to believe what he’s saying.

When repling to questions about using Dr. Michele Ferrair, Lance’s guy, he says“…I only saw him once for a test. To say that I ‘frequented’ him is a bit much. I was given a suspension, I accepted it and basta. It ended there.”

Then just a little later on he says, “You’re still asking these questions and it’s something from the past. I repeat: my story was blown out of proportion and I suffered the consequences. For this reason, I don’t even like talking about it. I saw him once, if that, and I paid for it with a three-month suspension.”

If that? Either it was once or more or not at all. It can’t be once, if that. If that, would mean, he didn’t see him at all. Or just saw him when he was riding by and didn’t have any relationship with him. But he has already admitted to meeting up with Dr. Michele Ferrair, a doctor that had been banned by the Italian Federation since 2002, for a two-day test on the Monzuno climb, near Bologna.

Cyclingnews did go and ask the guy why, after already serving a suspension for blood doping, relating to Dr. Fuentes, would he use Michele Ferrai for anything. His response was, “I understand the question. Do I have to answer this? I’m thinking about how to respond. I never thought that going to see him one time would have brought all of this on top of me. I didn’t think I’d done such a serious thing. Clearly if I could go back, I wouldn’t do it.”

He probably should have asked the first three lines in that paragraph to himself, early on in the interview, and then walked. Or better yet, never do interviews.

Vinokourov, Nibali and Astana threw Scarponi a bone. It’s such a joke. I don’t understand why these guys get their 2nd, 3rd, whatever chances. They aren’t smart enough to quit doping. Or maybe they are and just know that they were super unlucky getting caught in the first place. If you use him as an example, the only way he ever served a timeout was when got nabbed with his doctors. It’s not from testing.

Anyway, I doubt these guys are going to get much smarter and are going to keep doing these interviews, thus piss me off. I don’t think he should be racing at all, let alone finishing 4th in the Giro or riding the Worlds last year. I guess that pisses me off more. The whole thing stinks. 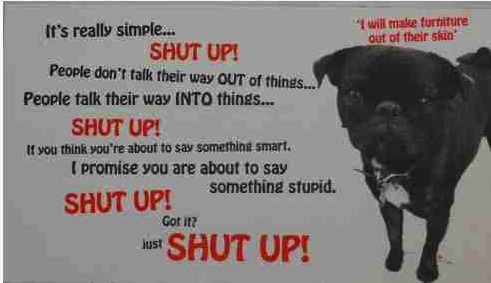