I started a post a few hours ago about Dave LeDuc and the stupidity of a 62 year old dude doping. But, what a bad way to end the year. So, that will have to wait. Not that 2013 has been all that kind to me. I’ve been hurt and ill more than my share this past year. Hopefully, 2014 will be better. Anyway, I got my post interrupted by someone commenting on Strava that I had 9999.9 miles for the year. I thought that I was well into the five digits, but I think that Strava added in the miles I walked back in February when I was winged. Anyway, I agreed that 9999.9 was a pretty cool number to end the season with, but I “needed” that last push to 10,000. So I decided to throw on some wind pants and put on my MTB shoes and ride to Cable to meet up with Dennis, Trudi and Bill at the coffee shop. (Strava Ride Details)

It is less than a four mile ride, but the temperature outside was -15 ish. I was a bit worried about the frost bite issue I had on Sunday, but I figured I could cover up all my exposed skin. It wasn’t that big a deal as it ended up. It took awhile for my Garmin to find enough satellites to figure out where it was. Plus, the temperature was all wrong at 30 degrees. As I rode, it figured out where it was and the temperature got adjusted. My fingers got pretty cold, but it was such a short jaunt. Only about 3 or 4 people passed me in cars on the way in. They all looked at me like I was crazy.

Pulling into Cable, there is Gary Crandall, the director of the Chequamegon Fat Tire, riding his city bike through town. That was a little depressing. But, I got over it quickly. I rode up to Gary and said Happy New Year. We rode over to the Fat Tire office and took a selfie at -16. It is great seeing Gary. I meant to go back over and visit more properly, but got caught up with others, and by the time I was ready to head back, I was ready to head back.

At the Brick House, Trudi, Bill and Dennis were already pretty deep into some cinnamon rolls and coffee. They had a box from the post office that Michael Fatka had sent up from Ames, Iowa. It was full of Christmas presents. For all of us, plus Pete Caron. Just right then, Pete came walking in, which is just like Pete and me.

I’ve known Pete since I was a junior. I used to stay at his house in Western Springs, outside Chicago, when I raced up there. He was at KU when I did the one semester of college, then he did a stint as a Levis mechanic afterwards. He’s been up here since late 80’s and never left. He is doing carpentry out on Lake Owen now. A perfect job for him.

Anyway, we opened our presents and everyone got some FIT socks. It is weird, I’ve never heard of those socks before Christmas, now I see them everywhere. So, those guys took off, I caught up with Pete for a while, then suited back up and headed back to Dennis’ compound. I wasn’t nearly as cold heading back. I’m not sure what that is all about. My hands were pretty cold on the way over, but not at all coming back.

Tonight, we don’t have any big plans. We’re probably going to just eat, then snowshoe out into the woods and celebrate the New Year on a ridge a few miles out. It has always been great and is sort of a tradition at this point. The year is ending pretty great, I got a short ride in on the last day of the year. I should probably start out the year, in 10 hours with a little ride too. I can’t think of a better way to start out the New Year. Okay, last post of 2013. Hope you all have a Happy New Year and great 2014! 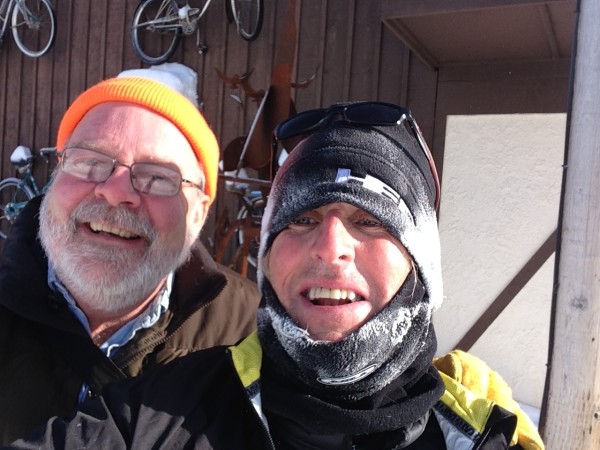 Gary and I by The Fat Tire Worldwide headquarters. 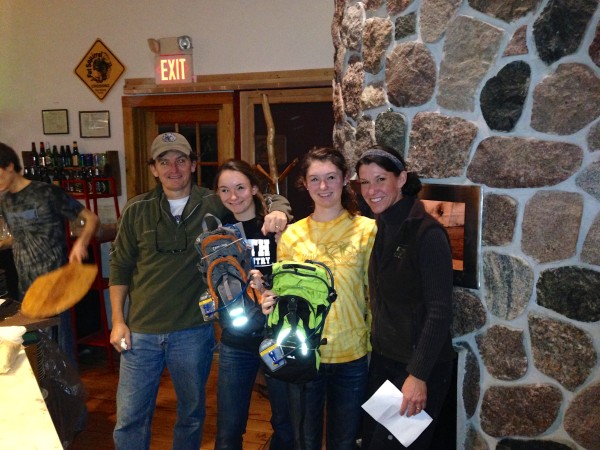 I stopped by the Rivers Eatery to give Mick and Beth’s daughter’s, Libby and Carley, some much over-do Christmas presents. 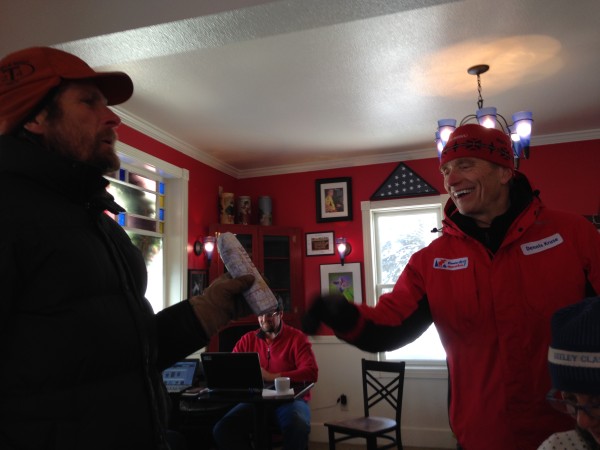 Dennis and Pete at The Brick House. 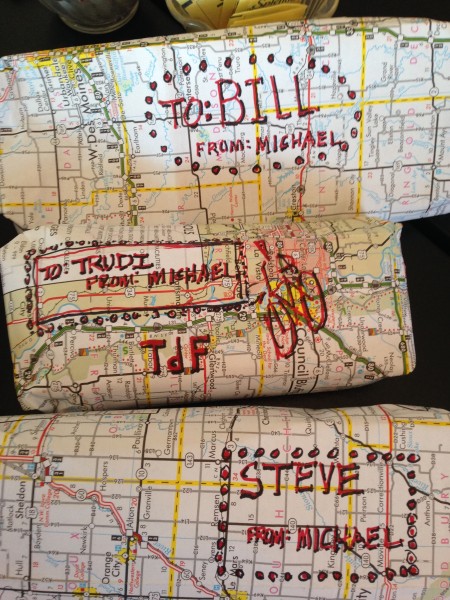 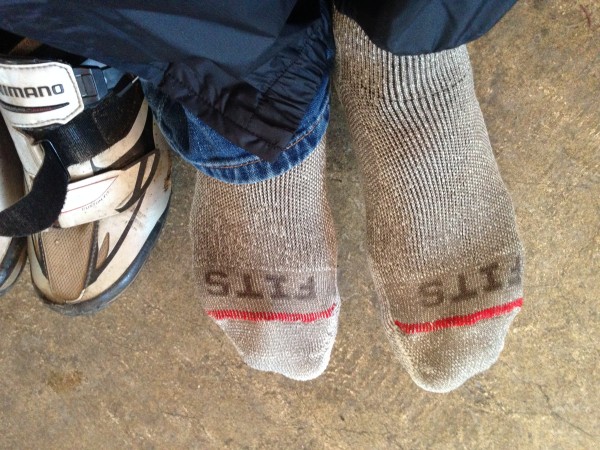 Put my present on for the ride back. 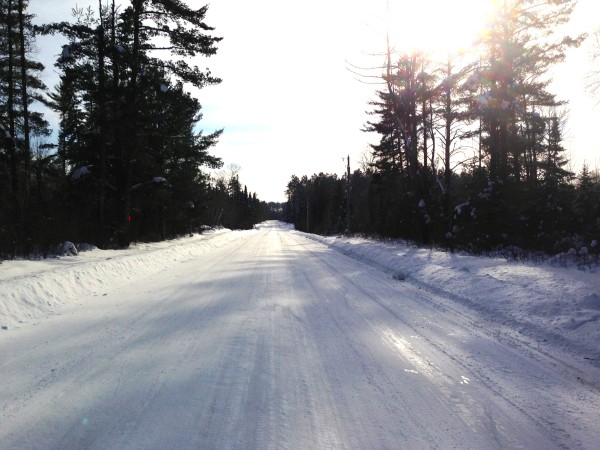 The road to Cable, pretty scenic. 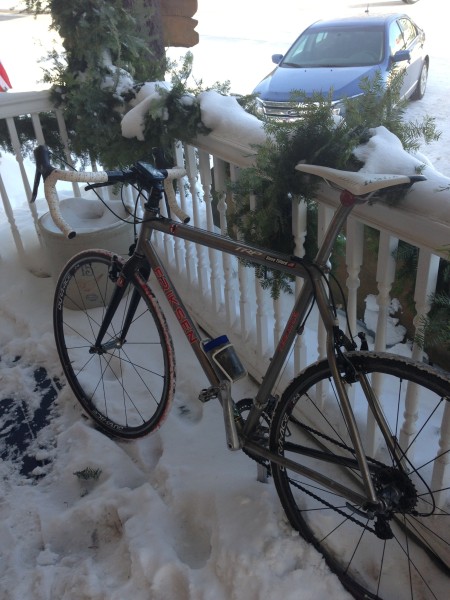 I didn’t bother to put on cross tires for the ride over.