It not a great week to be in upper Wisconsin now. Or anywhere around here. That is pretty much the overwhelming topic where I’m at. And it should be. There is a huge difference between 30 degrees skiing and -4. That is what the difference was between two days ago and yesterday morning. I went over to OO yesterday morning and tried to do a ski clinic with Yuriy. I left the warming hut and just skied a kilometer or so. Then we started going up and down a small climb. Maybe the third time up the climb, Yuriy told me I had an icicle hanging from my nose. Then he said I had frostbite. He took a picture and showed it to me. Man, the tip of my nose was leathery white.

I rushed back to the warming hut and took a couple selfies myself. I was mildly horrified. I’ve been in way colder temperatures that -4. I’ve skied a ton in colder temperatures. But for some reason yesterday, my nose didn’t have much circulation, so it froze up in less than 10 minutes. When I got back to the warming hut, it thawed out pretty quickly. I was worried all the skin was going to fall off, but so far, it’s all still there.

So, I came back to the cabin and sat around, moping about not being able to ski when it’s below zero. Because, it is going to be below zero a lot the next week. Late afternoon, Bill and I decided to put on snowshoes and go trail break. It is amazing how much easier it is walking where someone else has already walked. The snow is maybe 3 feet deep, but you only sink in less than a foot. If I had bigger snowshoes, then it would be shallower, I’d imagine.

Last night sleeping, the Kansas Garage was cold. Like less than 40 maybe. Our little propane stove didn’t hack it. This morning we could almost see our breath. Bill and I turned on the electric baseboard heaters. I haven’t gone back over there, but I’d hope that it is warmer there now.

It is supposed to be a high of close to 0 or maybe just -1. It is supposed to be 46 in Topeka today. That is 72 warmer than the current temperature here. Wow, that is a lot. I’ll get off this weather update posts after today. I’m sure we’ll come up with some entertaining outdoor activities that doesn’t involve freezing body appendages. 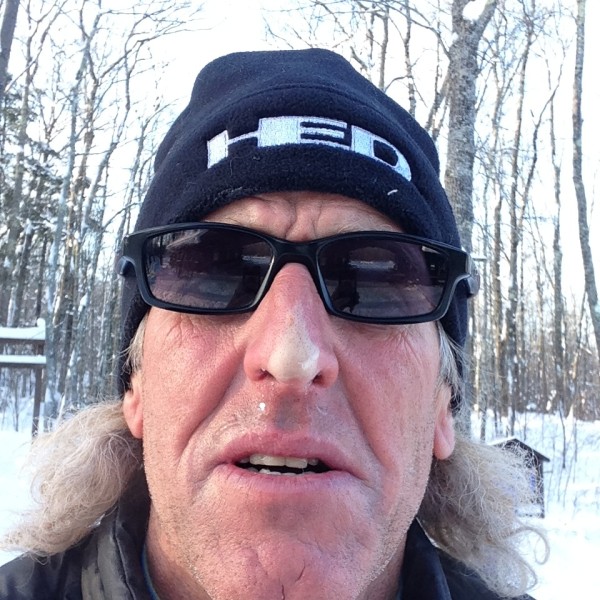 A selfie of the frostbite on my nose. 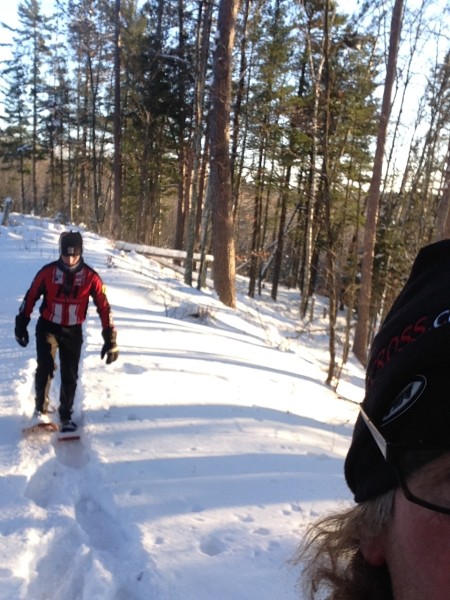 Over the shoulder shot of Bill following me snowshoeing. 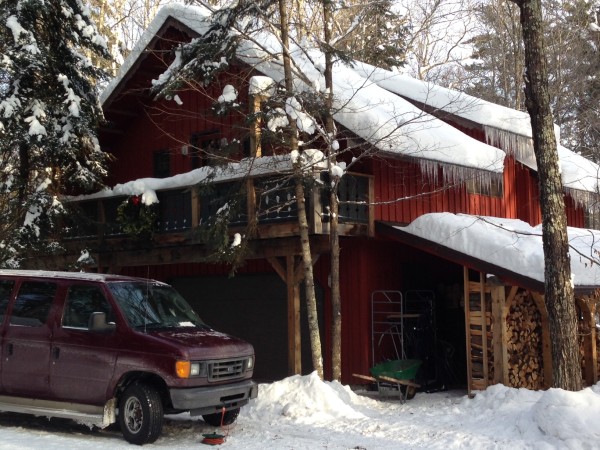 The Kansas Garage. Notice my van is plugged in. It started right up at -28. 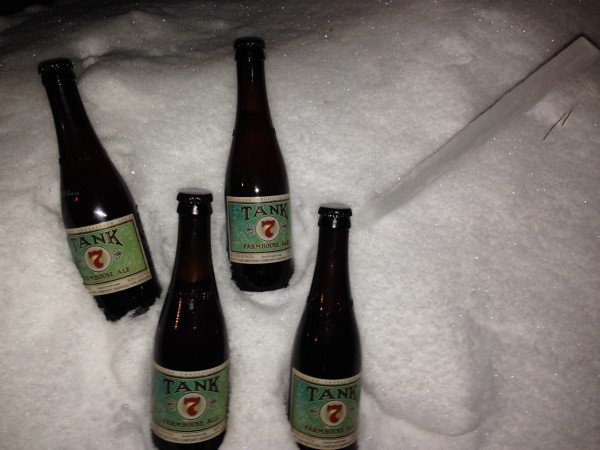 We had a few Kansas beers for the Bears vs. Packers game last night. 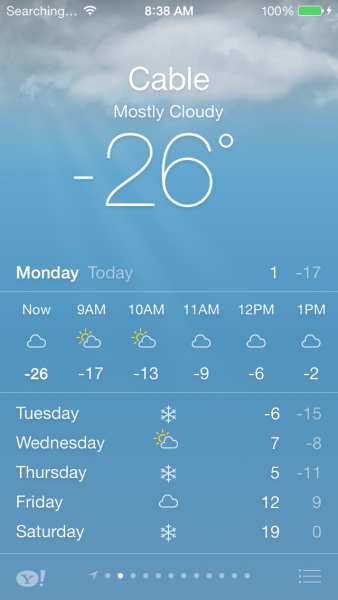