It’s way too early for me. I don’t very often get up before my body tells me to get up, well, sometimes my mind does, but I don’t like it much when I have to “force” myself to get out of bed. This is one of those few mornings. One thing good, it isn’t close to cold. It is already 25 degrees, with a high of 30. That is almost too hot.

One bad thing is I woke up pretty tweaked. I shovelled Dennis’ roof in the morning and skied for a couple hours in the afternoon. I think the roof thing was the main cause. Dennis doesn’t have enough insulation up there and he gets ice dams. So, we I shoveled down to the ice, then I’m trying to stay on the roof, with limited friction because of the ice. It makes legs wobbly. The skiing just adding the icing. My shoulder is not horrible. It is sore, but that is to be expected. We’ll see after skiing 7 hours today.

The group today is probably going to be pretty big. The early snow here has allowed a ton of people to get a lot of hours on their skis, plus the weather is good, but is going to get ugly tomorrow, so they probably would like to get a bunch of exercise before the deep freeze.

Okay, I have to cut this short. I have only 30 minutes to do an hours worth of stuff. I should probably wax my skis. They were waxed 4 years ago. 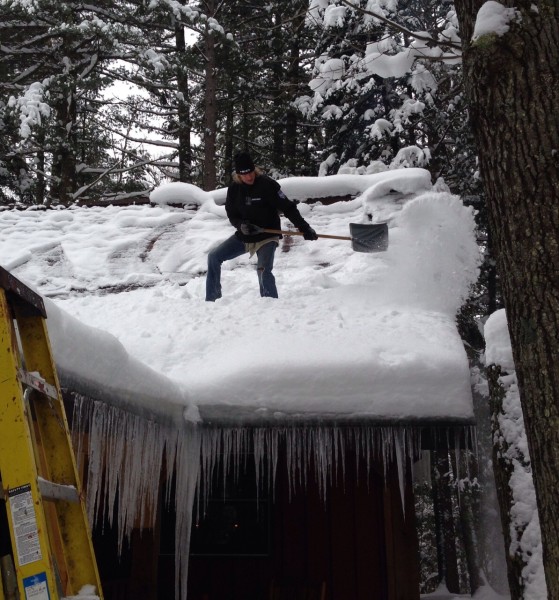 The snow is pretty deep on the roof. 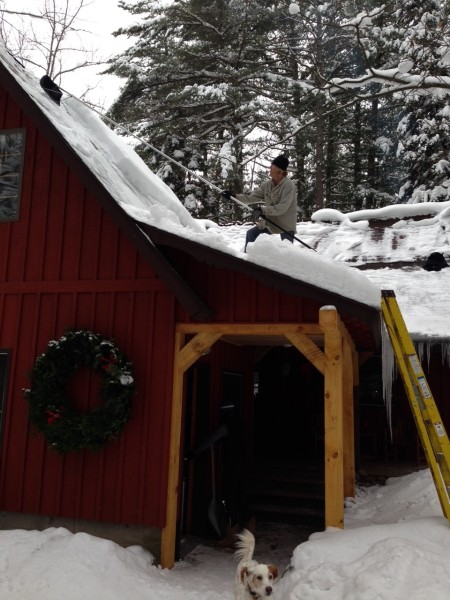 I left the snow on the eve so I didn’t slip off when using the rake on the steeper parts. 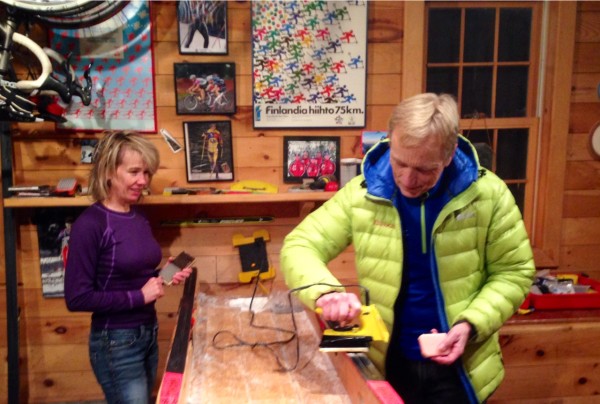