We made it up to Cable late yesterday afternoon. This is Bromont’s favorite place on the planet, so he did his normal hour loop, checking out all his places. We put on some snow shoes and did an hour out in the woods. There is a ton of snow here, over 3 feet, so all the winter options are on. Dennis has been doing some pretty serious loops out there, so it wasn’t too strenuous.

Then we headed over to Cable to the Rivers Eatery. I could eat there ever night here. It is the local gathering spot, so you never know who you’re gonna run into. Garrott Kuzzy was there because his sister was getting married. Kuzzy was on the 2010 Olympic team for nordic skiing. I haven’t seen him for a while, so it was nice. Plus, of course, Mick and Beth, the propriators of the establishment, is the real reason to go there. We never get out of there until they have already been “closed” for at least 3 hours.

Bill, Keith and Catherine showed up before 10. Mick opened another bottle of wine and it just kept going. We got out of there before midnight and while the new imports from Kansas unloaded, I took a long hot tub. I’m going to be spending a fair amount of time in that this trip. My plan here is to do as many different physical exercises and motions that I can, to try to get myself back into some sort of balance. I’m so out of balance that it is going to have to work.

Tomorrow is the long ski. It is not going to be 90 kms. It’s probably only going to be close to 80. It starts at 8 am at the Fish Hatchery, near Hayward. Everyone is invited. I guess it is going from Fish Hatchery, up to the North End warming hut. Supposedly there is going to be some food at the warming hut, supplied by The Brick House, but I wouldn’t bank on that.

Okay, Dennis is making pancakes, so I’d better get in the queue. 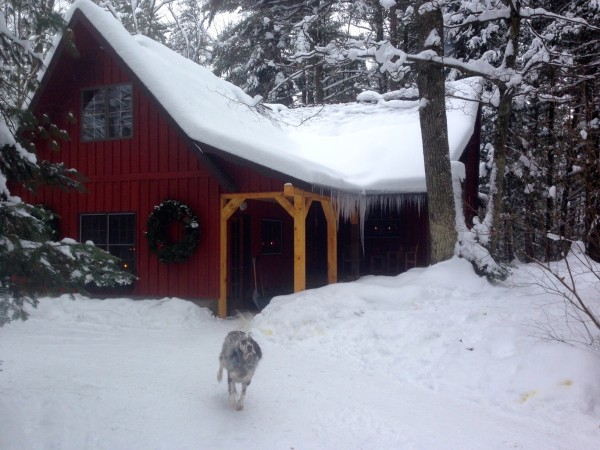 Hawkeye came out to meet me this morning. 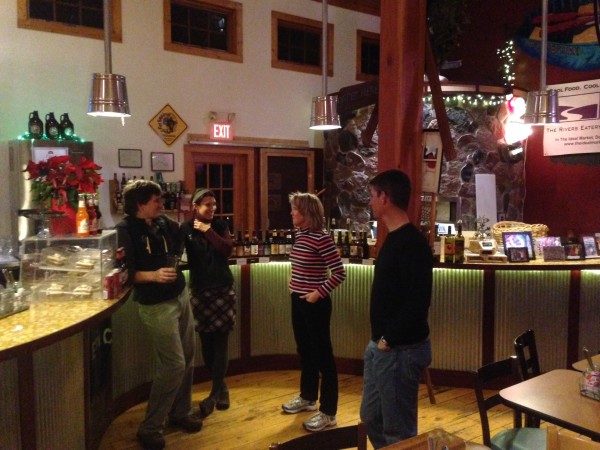 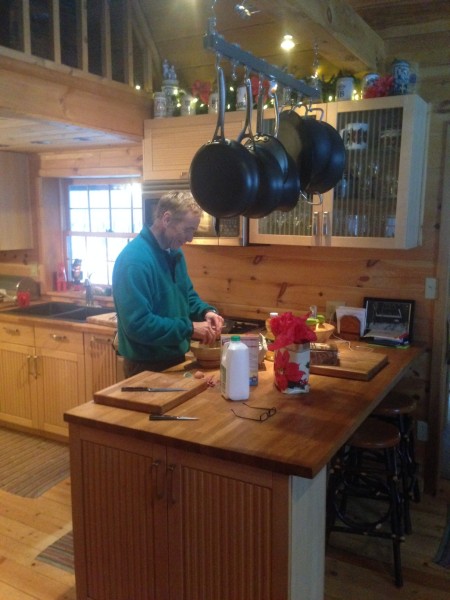 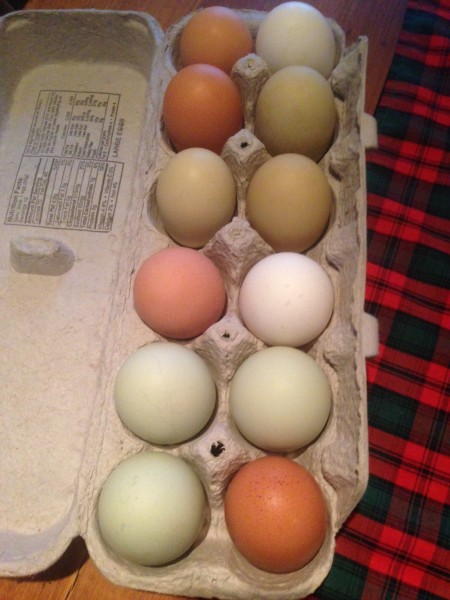 We ran out of eggs, so Dennis called our friend George, who just lives through the woods, and he brought over 2 dozen eggs his chickens laid.