I’m pretty much stuck in Dallas. Someone left a comment yesterday that said something like, it shouldn’t be a surprise since they have been predicting this ice storm for the past few days. And I agree that is true. What isn’t predictable, or at least wasn’t obvious to me, is the real lack of infrastructure to deal with this here. Nearly anywhere else in the country, this wouldn’t be any big deal.

All the roads are super hazardous. The George Bush Toll Road is worse than nearly any gravel road I’ve ever been on. No one has any snow shovels or salt. Nearly no sidewalks are cleared, so they are solid ice.

The power is out in Richardson and I recommended that Sue take her mom to a hotel. The temperature in her house was already into the 40’s and the power might not be turned on until tomorrow still. By the time we decided that, nearly all the hotels were full. We ended up driving up to Plano to a pretty nice place, the NYLO. It is ultra modern and kind of hip. Trying to get Sue’s mom from the car into the hotel was a chore. It was solid ice right up to where you could grab the handle. I don’t understand the liability risks these commercials properties are willing to assume here. In Kansas, it is a law that you need to clear the sidewalks on your property in a timely manner, something like 8 hours. Absolutely no one here is clearing anything. I don’t think there is anything here to use for it.

It is kind of lucky that this is a weekend, so people can just hunker down and sit it out. I really don’t know how many people are without electricity, but it might take a while to get it turned back on. The electric trucks aren’t moving any faster than anyone else around here, which is really slow.

Anyway, back to the title of the post. My legs are wasted today. I kind of twisted my knee getting out of the car yesterday on ice. Now, walking on ice, I feel super unstable, which is pretty normal I guess. I can’t believe how wasted my thighs and hamstrings from trying to stabilize myself on ice.

Walking Bromont this morning, he fell down twice while walking on grass with ice on it. I didn’t sink through, walked right on top of the ice on grass. It is so solid. It isn’t going to thaw here for a while.

The Kansas State Cyclocross Championships are tomorrow in Topeka, just 3 miles from my house. I was planning on being there. I really hadn’t planned to race, but you never know about that. Unless something around here goes a lot better, I doubt I’m going to be in Kansas for the race tomorrow. 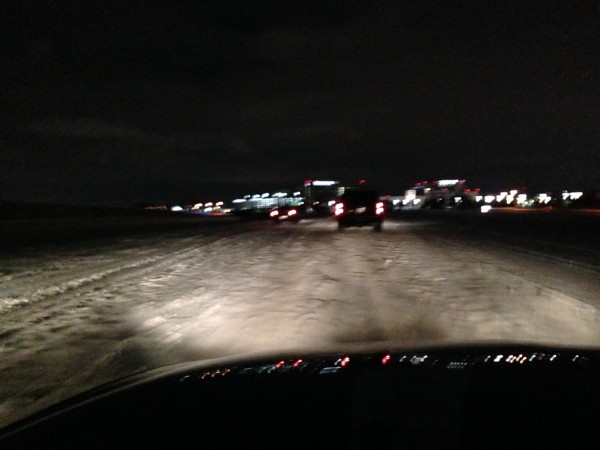 This was the George Bush Toll Road last night driving up to Plano. 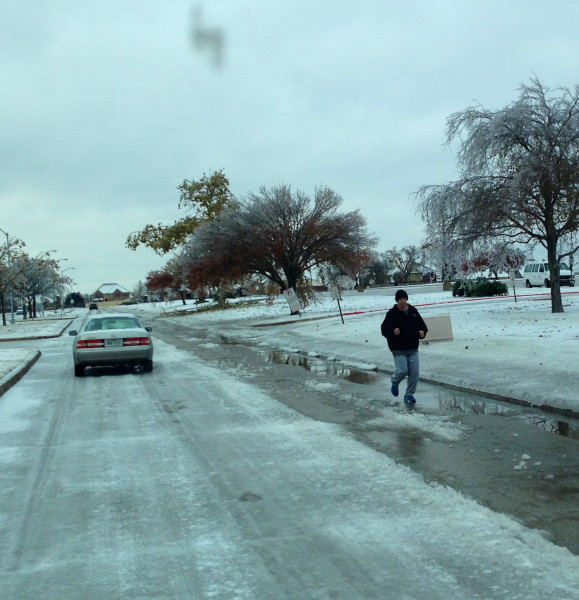 This guy went out running about the last chance he could have. The roads are 100 times worse now. 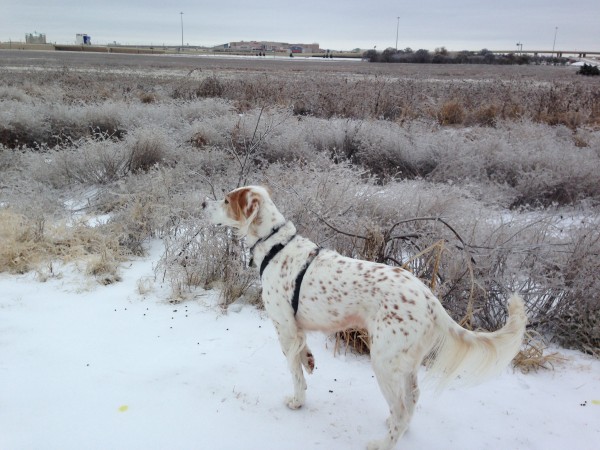 Bromont’s legs are jittery too. He is walking pretty timidly on the ice. 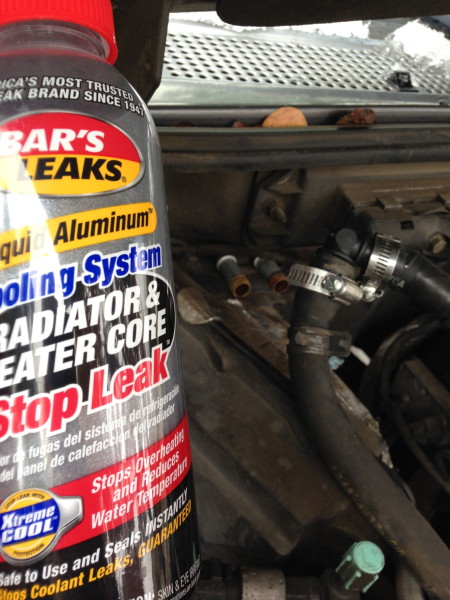 The Bar’s Leaks seemed to work on Melissa’s heat core yesterday. Repairs like this are always a little suspect for a while.