Jeremy Powers is giving up racing on the road and concentrating fully on cyclocross according to this article at Cyclingnews. That is a little surprising, but I guess he felt too much pressure to have big presence on his road team. I loved the quote above. I totally get it. I tend to ride better when it is colder out nowadays and the way that professional road racing has “evolved”, sometimes racing road races is like watching paint dry.

So, now here in the US, we have 3 professional cyclocross racers, which Tim Johnson and Jonathan Page being the other two. Actually, let’s not forget Katie Compton. That would make four. There are a few other guys that could nearly be “classified” in that group, but the amount of money exchanging hands isn’t enough to get there.

Jeremy says he’d like to have a bigger presence in World Cup cyclocross racing. I don’t know if he’s going to be happy with the results. Unless he is going to just uproot and move over to Europe, there is going to be an enormous amount of travel involved with that. He says he wants to restrict his race starts and travel, and he might be able to do that, but if he is going to do a full World Cup season, either he lives in Europe or travels a ton back and forth.

The Belgians have a huge advantage when it comes to scheduling and travel. Just look at the remaining races this season over the holidays. There is a World Cup on December 22 in Namur Belgium and then another one the day after Christmas on the 26th in Heusden-Zolder Belgium. So unless you are Belgian, every other rider in the race is going to have to spend Christmas Day away from home. That is just wrong. Obviously it is a Belgian sport for the most part.

I’ve always thought that the road gives you a good base for racing cyclocross. From my experience, if I want to be going great a cyclocross, I agree with Jeremy and would restrict the number of cross racers, but would look for some cyclo-cross season road racing to keep the form during the cross season when the weather seems to make it hard to stay consistent. A few years ago, I did the Tour of Southland in November, a 5 day stage race in New Zealand, and I kept that form for the next 4 weeks at least.

Anyway, I wish Jeremy the best. The guy has an enormous amount of energy (click here to watch a few of his fellow pros impersonate him), I have to give him that. I’m not so sure about his self perception of a “low attention span”. When he puts his mind to things, it seems to work out pretty great for him. 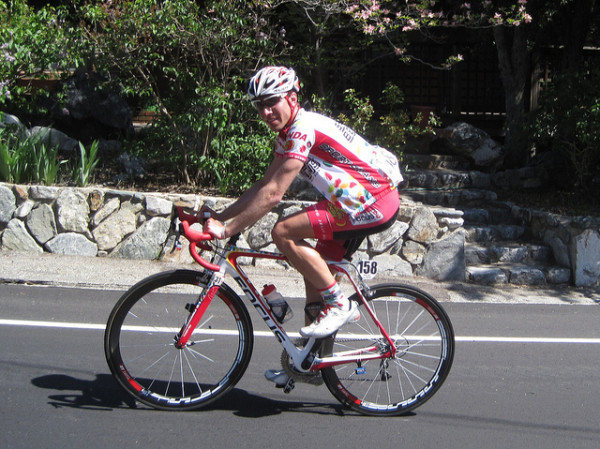 Seems strange he won’t be donning the Jelly Belly colors for now on.

10 thoughts on ““I have a high sweat rate, and low attention span” – Jeremy Powers”